Kyoshiro Senryo is one of the heroes from Samurai Shodown video game series.

Kyoshiro is the master of Kabuki ancient art, using his ingenious interpretation and majestic action to build "beautiful fighting art". In Samurai Shodown V, Kyoshiro decided to use his actions with cheer people because of the current state of grief in Japan. But he can decide to go on the road, hoping to find a new Kabuki style and use his adventure as a story of his kabuki performance. Kyoshiro achieved this in his ending and fought against people is much like Sho Hayate to determine who had a more aesthetic and effective fighting style.

Kyoshiro continues his journey through the mainland, determined to spread his artistic wonders throughout the series. Unexpectedly, his companion has been possessed by the devils. The decision proves his power, and he kills him/her and begins to commit vendettas to others. After Mizuki was sealed for the second time in Makai, he was speaking to the now free priestess Bizuki and restoring her faith by making her a new assistant.

However, Kyoshiro has the opportunity to perform international performances in Sen. Although he is excited about spreading his art, he is concerned about the history of his sponsor Golba, a man who is alleged to be an American soldier. The country he planned to make also worried him because he expected to dance in the United States instead of Europe. Curious, he started investigating.

Kyoshiro is a historic example of the artistic rebel of his time era. He has a bold charisma that attracts a lot of fans to his plays.

Although he practices theater, he is bored of the rigid structure and is always on the hunt for a new, exciting dance. He also welcomes change, accepting Western ideals much earlier than the people of his time.

True to his profession, he can speaks in a theatrical dialect as though he were in a play, letting his audience and opponent know how or what he is doing. For instance, when he is defeated, he cries "I feel regretful!" or when he jumps, he cries, "And here (I am)!". 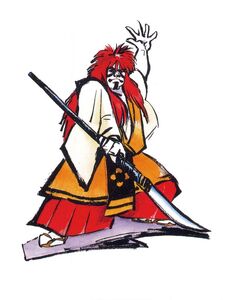 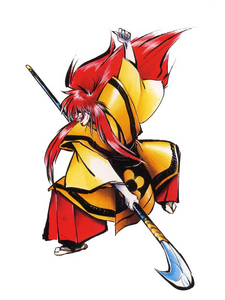 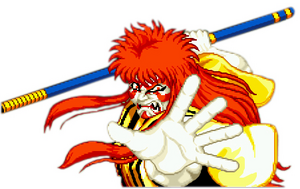 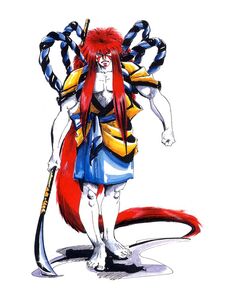 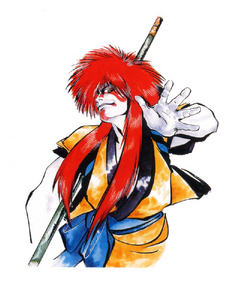 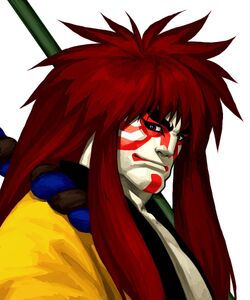 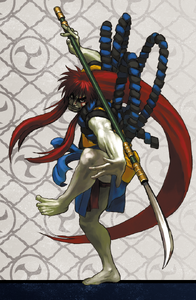 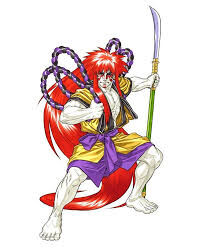 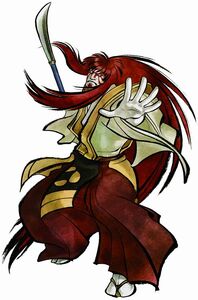 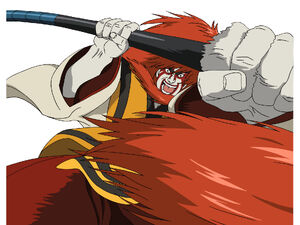 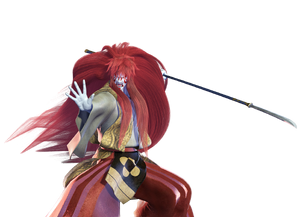 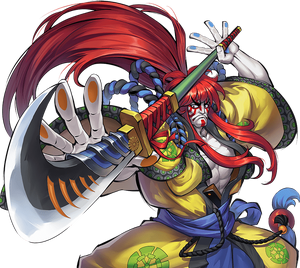