Kyosuke is usually the most sensative. He's usually shown to be cheerful and easygoing. However. he's always willing to succeed in completing rescue missions. Sometimes, he can get jealous when someone else (like Hikaru) gets some privileges.

Kyosuke is Hikaru's sempai. There were some things Hikaru has that Kyosuke envies including the first to drive a large-scale vehicle and being Rescue Max's head. Either those privileges temporarily come true, or Kyosuke just accepts the ways. He is very kind hearted and cares for everybody. He loves a beautiful and young girl called Jhishan. She is also very caring and pretty. Kyosuke marry's with her.

In episode 44, while under the effects of the Kumanomi Bacteria, Kyosuke was turned into a girl dubbed "Kyo-chan" due to the disease having the gender altering genes of a clownfish. When she equipped into her suit, she became a "Rescue Princess" with a long frilly orange and white skirt attached to the Rescue Suit and a blue flower on the right "ear" of the helmet. Due to the former male's hormones and altered, more feminine mentality, R2 was humiliated by Sica bullying her and was beaten up by Axts until Rei and Juri saved her. Later she was seen with female Kyosuke acting like cheerleaders for Rei and Juri during their battle with a giant monster clownfish formed from the bacteria. Kyosuke was returned to normal at the end of the episode by Rei using the Rescue Crusher's Whale Mode to distribute an airborne vaccine. 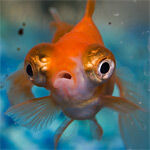