Investigate the dark side of Hope's Peak Academy (partially succeeded).

Kyosuke Munakata (宗方 京助 Munakata Kyōsuke) is a character and former antagonist featured in Danganronpa 3: The End of Hope's Peak Academy, as well as a participant in the Final Killing Game. He is the vice-leader of Future Foundation and leader of the 2nd Division.

He is voiced by Toshiyuki Morikawa in Japanese version and Ricco Fajardo in English version.

His responsibility is to oversee overall management, including any and all construction of new facilities. Despite being only vice-leader, Kyosuke holds the most control.

During the Final Killing Game, Kyosuke kills Kazuo Tengan by slicing his jugular vein, destroys the robotic doppelganger of Miaya Gekkogahara by slashing it in half, and severely wounds Juzo Sakakura by stabbing him through the stomach.

Kyosuke survives the Final Killing Game along with the other four survivors after Juzo deactivated the televisions by switching to emergency power.

After the Final Killing Game was over, Kyosuke decided to leave the Future Foundation to focus on carrying on his own burden.

Kyosuke is a man in his mid-twenties, around 25 at youngest (about 20-21 in Danganronpa 3 - Side: Despair). He is tall and lean with a pasty white complexion. His appearance is also very colorless; he has silver hair, blue eyes, and a cold expression. He wears a pale suit with a blue dress shirt, and a faded pink necktie. His tie has a mysterious black insignia on it, and the tips of his shoes have three dots pointed in a triangle. He lost his right eye after a confrontation with Kazuo.

Prior to The Tragedy, Kyosuke wore a black suit instead of a white one. He also appeared to be slightly shorter.

Kyosuke is cold and authoritative, holding an incredible amount of anger towards Ultimate Despair and is in favor of killing them. At one point, he was stated to be charismatic, which is demonstrated in Juzo and Chisa Yukizome's loyalty to him, showing that he can be influential. His opinions are very radical, as he believes Despair should be eliminated at all cost, even if sacrifices, like his own death, must be made. Kyosuke states that he does not believe solely in hope or despair, but power. He understands that (similar to Nagito Komaeda) in order for hope to be fully appreciated, you need to go through a greater despair beforehand. He believes that despair breeds hope, and therefore it needs to be embraced. He disagrees with Makoto Naegi because of this, as he only wants to embrace hope. Though throughout his struggle in the Final Killing Game, it becomes apparent at just how pessimistic Kyosuke had become—choosing only to focus on despair without seeing the good that was still left in the world.

Kyosuke is decisive, overly logical, and reserved. He tries to distance himself from emotional reasoning as much as possible, to keep his emotions from getting in the way of his decisions. He is aware that he has to make the tough choices that few others are willing to make, and has resigned himself to the responsibility. Because of this, he seems to view himself as very martyr-like, as he is willing to put himself into unfavorable opinions with others in order to get things done. Though originally rational and reliable, he loses his restraint as a result of Chisa's death.

In his past, he was a slightly warmer person, smiling more often and having a kinder voice. He was determined to lead Hope's Peak Academy in order to take the school in the correct direction. 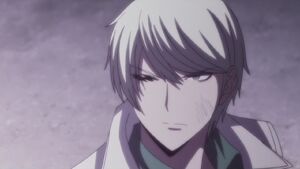 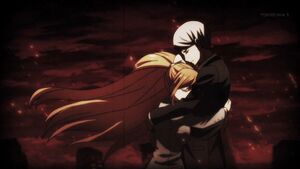 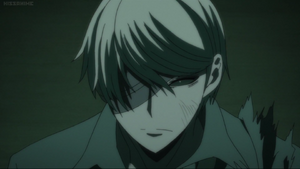 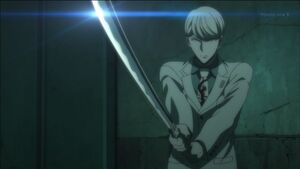 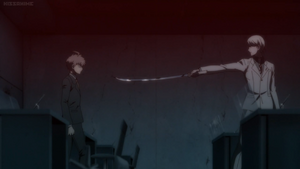 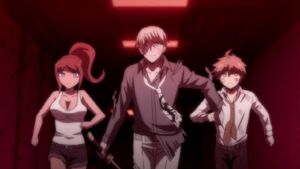 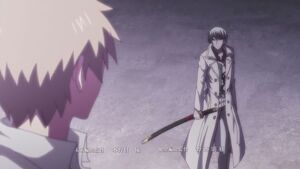