Leader of the Kyou Army

Hanging out with Shou Bun Kun.
Touring battlefield frontlines with her comrades and soldiers.

Capture over 100 cities in order to marry Ou Ki.
Rise through the Qin Military.
Become a Great General and a member of the Six Great Generals. (All succeeded)

Kyou is a posthumous character in the historical seinen anime and manga series, Kingdom. She was a Great General of the State of Qin and a member of the previous generation of Six Great Generals of Qin, being the youngest amongst the powerful organization.

Kyou was a beautiful woman with grey eyes and long black hair. After her meeting with her father King Sho, she began wearing a mask to hide her face in order to hide her familiar relation to the king. The markings on her mask are similar to those on the helmet worn by her father while on the battlefield and the seams of her clothes have the same markings as well. Kyou is also noted for wearing ornate robes over her armor after her promotion to the rank of general.

Kyou was a kind, easy-going woman that naturally attracted others near her. She was also quite cheeky when it came to responsibilities in her youth and she even once joked that she could get away with being reckless as Shou Bun Kun would handle anything she missed on the battlefield, annoying him greatly.

Kyou was saddened by the fact that her father could not properly acknowledge her but refused to give up the sword, vowing to become a Great General of the Heavens. She told Sho Bun Kun that she truly fights because of the promise that she made as a child with Ou Ki.

Kyou would often rely on him on the battlefield and teasingly called him an "old man". 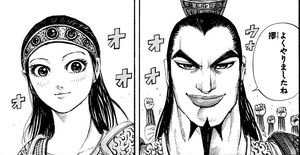 Kyou, blushing, as she's congratulated by Ou Ki for her victories. 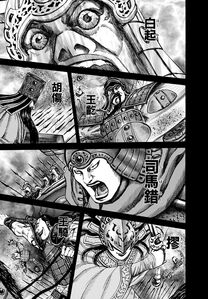 Kyou with Ou Ki and the other Six Great Generals as they rampage across the middle kingdom. 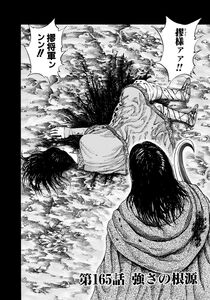 Kyou's death at the hands of Hou Ken, the Bushin.