Hanging out with Kyou Kai.

Kyou Rei is a infantry soldier of the Hi Shin Army and the current holder of the Shiyuu title, and Kyou Kai's adoptive little sister from the popular historical seinen manga and anime series, Kingdom.

Introduced in volume 15 Omake of the series as a member of the Kyou tribe of the infamous Clan Shiyuu, Kyou Rei was reveled to be one of two of Kyou Kai's little sisters along with her twin sister Kyou Shiki who were next in line to be candidates in the succession ritual of Clan Shiyuu. She would later be reintroduce officially into the story 5 years later in the Shiyuu Conflict Arc as she had become the current holder of the Shiyuu title and like all Shiyuu before her, Kyou Rei slowly found herself losing her grips on her sanity after becoming traumatized by the death of her beloved sister Kyou Shiki as she had killed her in the succession ritual. In her heighted state of mania she decided to seek out her estrange older sister Kyou Kai and kill her as she saw her existence as being unfair in the terms of the Clan Shiyuu's twisted traditions. However after finally clashing with Kyou Kai who told her to really recall the final moments between her and Kyou Shiki, she was finally able to remember her beloved sister's final words - "LIVE AS STRONGLY AS YOU CAN!" as she died in her arms. After apologizing to every single member for her wild behavior along with some scolding from General Ri Shin, Kyou Rei was officially welcome into the ranks as a soldier of the Hi Shin Army.

After killing her way through the Qin/Zhao frontlines as she slaughtered Zhao soldiers after soldiers, Kyou Rei would finally be reunited with Kyou Kai after she saved the Hi Shin Army's Bi Hei Unit soldiers and Kou after they were nearly wiped out. 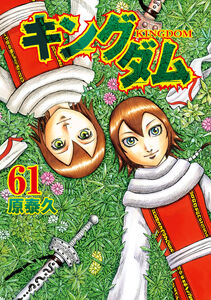 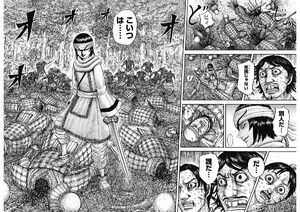 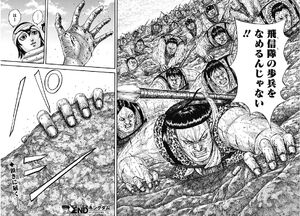 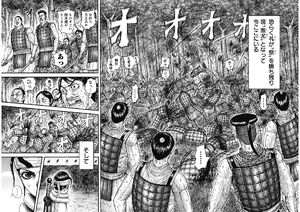 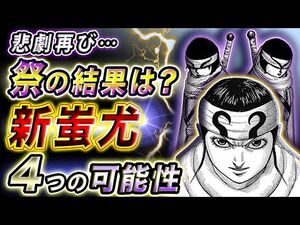 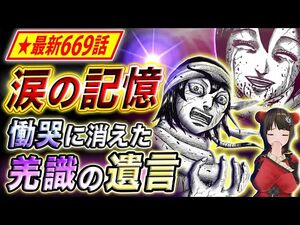