L is the main antagonist of the 2017 Netflix original film, Death Note, which is very loosely based on the anime and manga series of the same name by Tsugumi Ohba and Takeshi Obata. He is a teenage detective that is obsessed with taking down the criminal Kira, also known as Light Turner.

Inspite of L being the one to try to take down Light Turner, L

He was portrayed by Keith Stanfield.

L was raised in an orphanage in New York, where children were trained to become the greatest detectives in the world. They were put through deductive gauntlets that tested their skills and patience, including a test where they were locked in a room for several weeks, with only the ones that stayed sane able to graduate. Upon graduation, their real names were filed away and forgotten, and they took on new aliases.

L went on to become a master detective, with help from his mentor/guardian Watari. Watari set up his connections with city and even country governments for L to take cases, and L would help solve these cases both in forensics and research. Watari helped L manage his time and health, as L rarely took time to sleep and ate nothing but sweets. L worked with several governments, including the one in Seattle, Washington, on numerous cases.

Though most of the police force in Seattle refused to go up against Kira, L comes into contact with the chief James Turner, the father of suspect Light Turner. Together, L managed to determine that Kira is able to access the Seattle Police Department criminal database without needing to hack, showing that Kira is somehow connected to the police. L gives a televised speech, taunting Kira, while keeping his face covered. When he does not die, he determines that Kira needs a name and a face to kill.

L's next move is to have potential suspects followed by FBI agents. However, the FBI director suffers a mysterious heart attack and all of the agents commit suicide. Convinced Kira is behind it, James goes on television and gives another speech, vowing to apprehend Kira. When James is not killed, L confirms that Light Turner is Kira, as Light will not kill his own father.

L tracks down Light and confronts him in a coffee shop. He explains that he is certain Light is Kira, but just needs proof and an explanation for how he does it. Light tries to convince him that he is not Kira, but L does not believe him.

Soon after, Watari disappears. L becomes worried and knows Light has something to do with it, so he confronts him at his house. When L accuses Light of being Kira, James becomes angry and forces l out of the house. However, L has a search warrant and has the house completely swept, destroying the house, though finding nothing.

L continues to have Light followed, worrying more and more about Watari. Later, he gets a call that Watari had gone to the orphanage in New York, and had been shot to death by security guards. In reality, Light had manipulated Watari using his supernatural killing tool the Death Note, but intended to burn the page with his name, saving him. However, due to the betrayal of his accomplice, Light was unable to save him.

Fall and Quest for Vengeance

L becomes devastated at Watari's loss, broken that he has lost his friend and mentor. Consumed by rage and vengeance, L steals a gun and a police car and begins a one-man manhunt to kill Light. Even as James puts out an arrest warrant for him, L drives to Light's school. When he sees Light running through alleyways, he crashes the car, then jumps out and chases Light on foot.

L chases Light through restaurants, apartments, and other buildings trying to reach him, knocking people down and destroying property that gets in his way. He finally reaches Light and threatens him. Though Light tries to explain what is happening and how he is trying to set things right, L does not care and prepares to shoot Light. However, he is hit in the back of the head by one of the restaurant workers, who happens to be a Kira worshiper. Light escapes, and L comes to later. He is taken into custody be police, and driven to where Light and Mia Sutton have hijacked the Seattle Great Wheel. The Ferris wheel collapses, causing both Light and Mia to fall out of their carriage. Light hits the water and gets out alive, though Mia kits the boardwalk and dies instantly.

Light survives the fall, but enters a coma. Though in a coma for days, criminals continue to be killed by Kira. The police question L how a person in a coma could still be killing people, removing all suspicion from the suspect he chased down and tried to murder. They tell him that some of his contacts in government have kept him from ending up in prison, though he is deported and is to be sent back to Japan.

Light awakens from his coma, revealing to his father that the coma, the incident on the Ferris wheel, and the subsequent return of his Death Note were all planned by him.

While on the airplane, L remembers Mia's involvement with Light and requests they not take off yet. He leaves and quickly breaks his way to Mia's house, searching through her belongings and finding a page of the Death Note with all of the FBI agents' names on it. In a fit of rage and vengeance, L grabs a pen and prepares to write down Light's name himself. Back at the hospital, Light sees the Shinigami death god Ryuk, who cackles and states that "humans are so interesting".

L is brilliant, determined, and intelligent person with a desire to win at any cost. He is a firm believer in fair justice, even if it means vengeance. He starts off as calm and collected, otherwise a bit eccentric and antisocial. As the case becomes more and more complicated, L reveals a hidden anger that causes him to break things, shout, threaten, and obsess. After confronting Light, he embraces this anger and allows it to control him. After Watari's death, L is consumed by his wrathful and dark side, breaking the law he usually strives to withhold and protect for the sake of personal revenge. Though his motivations are understandable, he changes from the law-enforcing detective he once was to a vituperative and homicidal vigilante determined to take the life of the one that he believes has caused him so much grief. 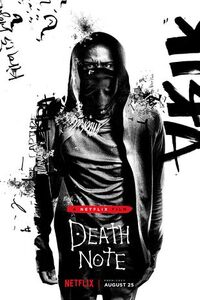 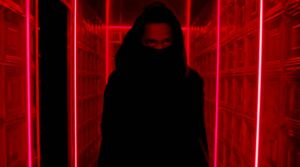 L walking through the nightclub's hallway. 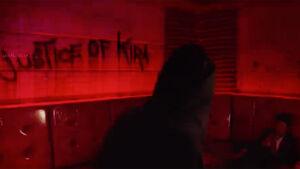 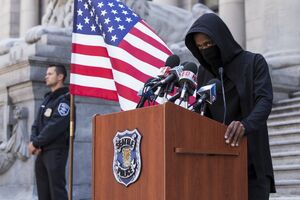 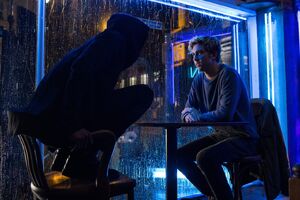 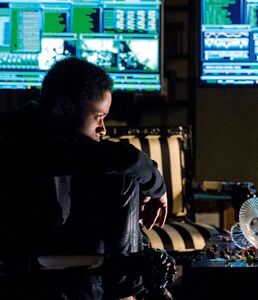 L waiting.
Add a photo to this gallery 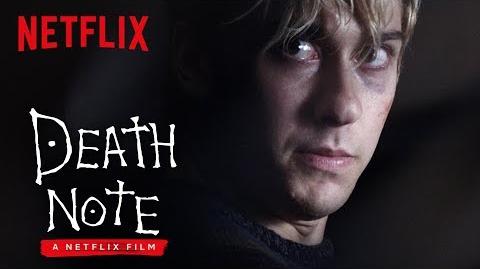 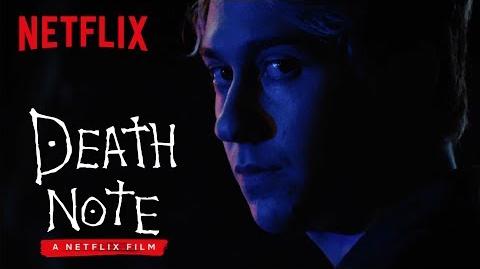 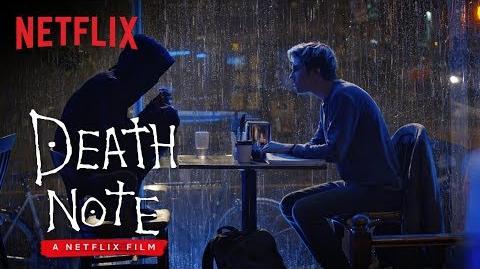 Retrieved from "https://hero.fandom.com/wiki/L_(Death_Note_2017)?oldid=1723509"
Community content is available under CC-BY-SA unless otherwise noted.