Heroes Wiki
Register
Don't have an account?
Sign In
Advertisement
in: Heroes Of Folklore, Noncorporeal, Female,
and 19 more

La Niña de Las Monedas
The Girl of The Coins

La Niña de Las Monedas is a urban legend of the mexican folklore , originally from Córdoba.

One night while the girl was sleeping, she heard some noises in the corridor, she slowly opened the door of her room to look at the corridor that connected the rooms...

There is an old house in the center of the city that is said to be haunted and they say that a wealthy family lived there a long time ago who had a young daughter and several servants in their service.

One night while the girl was sleeping, she heard some noises in the corridor, she slowly opened the door of her room to look at the corridor that connected the rooms, a huge, long and dark corridor full of paintings and paved.

At the end of the hall the girl saw what looked like a boy her age lifting one of the tiles and shoving something into a hole in the floor. The girl could not believe it, what she saw glistening in the boy's hand as she passed through the dim light that came through the window were gold coins.

When the boy left he went out and headed there; then one of the maids appeared with a huge candle who had also seen what had happened and wanted to make the most of it.

They decided that they would not say anything to anyone, every night they would come closer and with the help of the candlelight they would lift the tile and remove the coins until they were finished. Every night, the girl, who because of her size could fit inside, went through the hole under the tile and gave coins to the maid, who kept them in a huge sack. The nights passed and that treasure seemed never to end. Each night that passed the candle was consuming more and more, but the coins kept coming out in pairs and they did not want to leave any.

One night, in the middle of her work, the candle began to flicker, pretending to go out, the maid told the girl to come out of the hole, that they already had money to spare. The girl listened to her and left the hiding place, but at the last moment a coin fell from the bag into the hole and, in an act of greed and without even thinking about it, the girl slipped back into the hole. The maid tried to grab her but couldn't, as she yelled at her to please get out of there and leave the coin, but in the midst of that screaming the candle finished going out. At the exact moment when the last ray of light left the candle, the tile closed before the eyes of the maid leaving the girl inside, it was impossible to open it ever again.

The maid decided not to say anything to anyone, the parents gave the girl missing and the issue was forgotten over time. But even today inside that house you can still hear the girl's cries for help at night that are repeated night after night in the hallway "Please ... help ... get me out of here ...". Even the police have come many times before the call of the neighbors who heard voices asking for help, but when they got to the old house, the only thing they have always found is an old and consumed candle placed right in the center of a tile ... 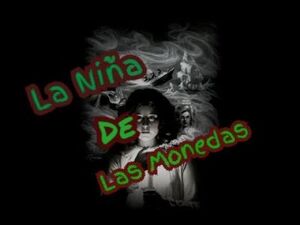 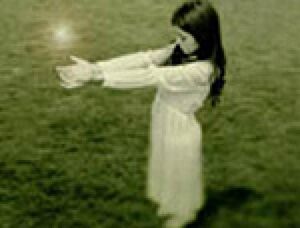