Heroes Wiki
Register
Don't have an account?
Sign In
Advertisement
in: Heroes Of Folklore, Female, Possessed Objects,
and 24 more

Inanimate
La Pascualita is the most famous mannequin in Mexico since there are hundreds of testimonies from people who claim that they have seen her move her eyes, cry, smile and even leave the window on lonely nights ... La Pascualita or "La Chonita" is one of the best known legends in all of Mexico. It is a legend that lasts today, probably because, unlike so many legends, it has the magic that the legendary being is in view of all. Thus, no one can say that La Pascualita's mannequin does not exist. Simply La Pascualita is still there behind her showcase, with a whole host of testimonies that affirm the presence of a certain supernatural life in her.

The History of the Mannequin

It is known that the Pascualita mannequin appeared in a sideboard of La Popular (a Chihuahuan wedding dress store) on March 25, 1930. The most common version says that the owner of the business, Pascualita Esparza Perales de Pérez, sent her to bring from France. Another version also says that the mannequin was brought from France (from Paris exactly), but that Ms. Esparza acquired it in Mexico City, inside a prestigious store known as "El Puerto de Liverpool", from which she used to bring fabrics. , orange blossoms, bouquets and other products that he resold at his store. At first they did not want to sell him the beautiful wax figure; But she was so in love with the mannequin that she threatened to stop buying her supplies at the store if they didn't sell it to her, so they agreed and so Ms. Esparza took him to her store. Whatever the truth, it is believed that Ms. Esparza bought the mannequin because, in addition to being extremely beautiful and realistic-looking, she looked quite like her sister (who was in charge of making the dresses that she displayed in her shop window) and even herself.

According to what is said, from the first day that the wax bride was in La Popular, everyone stopped to look at her and, although the owner gave her the name "Chonita" for her appearance on the day of La Encarnación, the common people She was stronger and, as everyone called her "La Pascualita" because of her resemblance to the owner of the place, that was the name that finally stuck.

If we now ask ourselves why La Pascualita impressed so much that she became an icon of the time and earned the title of "the most beautiful girlfriend in Chihuahua", the reason is that she was different from the other mannequins of the time: she had a better wax finish, her eyes were glass, her hair and eyelashes were implants of real hair and eyelashes, and her expression, unlike those of so many inert-looking mannequins, was alive and reflected emotions, as if it were endowed with humanity ...

Well, up to this point La Pascualita simply drew attention; but, sometime in the sixties (it is not known if before or after 1967), rumors began to arise that the wax bride was alive and was able to move at night when no one was in the premises, or smile at some people. In particular, rumors became more frequent when Pascualita Esparza Perales de Pérez passed away in 1967: then people appeared saying that La Pascualita followed them with her eyes, that her ghost followed them for a while if they stared at her, or that for a few seconds she Little red veins appeared in her eyes ... It was even known that some employees who worked at La Popular resigned their position because they saw La Pascualita cry or move, and others who refused to dress her because supposedly greenish veins appeared on her legs , which later disappeared like the red veins that more than one saw in the whites of their eyes.

Theories about what caused La Pascualita to come to life

These theories are not speculations made on the internet: they are stories-explanations that arose in popular tradition and still endure, and that owe their variety to the fact that the official story (set out above) does not give reasons for the strange and chilling events that made the mannequin a legend. Let's now look at those theories woven by the Chihuahuan people from rumors, imagination and speculation. 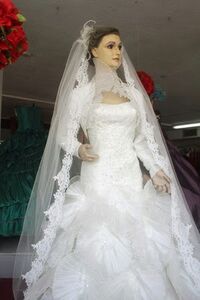 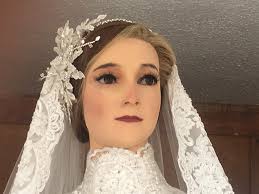