Heroes Wiki
Register
Don't have an account?
Sign In
Advertisement
in: Heroes Of Folklore, Female, Noncorporeal,
and 26 more

Heroic Ghost
The legend of La Planchada is probably one of the most popular in Mexico. In it they tell the story of a ghostly nurse who wanders the corridors of the hospital and cares for the sick who need medical help.

They say that one day a girl named Eulalia became part of the nursing staff at the hospital. She was a good-looking girl, with blond hair, pale eyes, and fine features, with a kind and polite demeanor, although with a slightly serious air.

From her early days in the medical institution, Eulalia demonstrated great professionalism and diligence, always showing concern with the medical staff and with the sick poor, to whom she professed a dedication that sometimes went beyond mere duty. On the other hand, Eulalia was always very clean and tidy, her white uniform perfectly ironed and spotless, free from the slightest stain or wrinkle.

As was to be expected, Eulalia quickly gained the appreciation of the doctors, at the same time that, thanks to her natural sympathy, she managed to be free to inspire envy in her colleagues and nursing colleagues.

On the other hand, Eulalia's life was really calm, healthy and simple, since all her time was divided between work in the hospital and care for her small but stable and relatively happy family, made up of her parents and her two brothers. minors, at least as far as their closest circle is concerned. For this reason, Eulalia's usual days consisted of working in the hospital, coming home with a smile, eating with everyone, sleeping for a while, waking up, and spending her next hours doing housework she shared with her mother, playing with her siblings. or in reading.

However, one day everything changed ...

Indeed, one morning the director of the hospital summoned the staff to introduce the new doctor who had just arrived: Dr. Joaquín, an intelligent, handsome and tall man, who came "from a good family", but with a certain air of arrogance. All the other nurses and almost all the nurses went, but Eulalia stayed behind to attend to a patient.

After a few days, Eulalia still had not exchanged a word with Dr. Joaquín, and had barely seen him from afar, although rumors had already reached her ears that portrayed him as a proud guy, as one of those men who stare almost everyone "over the shoulder." That made her not very eager to meet him, but one day she was summoned to help him with the extraction of a bullet in the leg of a patient ...

Despite the rumors, they say that Eulalia fell in love with Dr. Joaquín when she saw him up close, to the point that her hands trembled slightly when he handed her the instruments, even going so far as to make mistakes when it came to handing over the correct instrument ...

After that first meeting, Eulalia began to fall passionately in love with Dr. Joaquín, despite being told that it did not suit her, that the guy was egocentric and that he flirted with one or the other nurse. However, she continued in her eagerness, telling herself that her companions were exaggerating or simply justifying Joaquín when she could not doubt such and such criticisms that hovered over him. Thus, after a few months, she achieved her purpose and Dr. Joaquín gave in to her charms, agreeing to be her boyfriend.

For a long time Eulalia felt like the happiest creature in the world, and her passion grew like a fire despite the fact that Joaquín did not seem to love her with the same intensity and even, according to gossip, he flirted with other girls behind her back.

After a little over a year of dating, Eulalia was surprised when one day Joaquín proposed to her, to which she agreed with the candid enthusiasm of a fifteen-year-old in love. However, it was necessary to wait for the wedding, since before Joaquín had to go to a 15-day seminar in another city.

Before leaving he asked her to iron and prepare a fine suit, since it had to be impeccable and elegant in the seminary. Then she accepted and, just one day before the trip, he went to pick up the suit and visit her, talking tenderly with her and saying goodbye between hugs, kisses and promises of eternal love ...

Just a week after Joaquín's departure, Eulalia already missed him as if he had been absent for several months, so she sometimes adopted an attitude of melancholic nostalgia.

At the same time, just after a week from the last day she saw Joaquín, a nurse approached her when she was alone, declared his love for her and asked her to please accompany him to a party as his dance partner, but she was She denied and told her that if she did not remember that Dr. Joaquín and she had a relationship ... Amazed and somewhat hurt, the nurse looked at her and told her that he did not understand how it was that no one had told him that Joaquín resigned from the hospital and went on a honeymoon trip with his new wife ...

The nurse's words had left Eulalia completely frozen, with that mixture of pain and dismay that someone feels when they are unexpectedly informed that their mother or someone very dear to them has died, although with the enormous and great difference that Eulalia's gaze was beating the disappointment. That is why she could not say anything, and only lowered her head and left, walking with the slight hope that it was an invention of the nurse to go out with her. But the next morning she went and found out in the records, and indeed Joaquín had resigned, so it was logical to assume that the honeymoon was also true, as many more people said besides the nurse ...

Since her disappointment in love, Eulalia has never been the same again. She had never had a boyfriend before, and she had only liked one or another boy during her adolescence, being with Joaquín with whom she knew what love really was. She felt that her heart was a shattered vase on the arid soil of life, and apparently she herself did not want to pick up the pieces and rebuild it, since she allowed bitterness to gradually take over her, until she became a cold, silent and gloomy, in a woman who did not bond with any man again because she abandoned herself to the idea that they were all “equal”, and in a nurse who carried out her work with her soul powdered by boredom and reluctance, neglecting the sick to the point that some died due to her negligence when forgetting to give them the medication, despite this she was not fired because her colleagues and superiors appreciated her and thought that sooner or later she would once again be the hard-working and dedicated girl to the patients that she always had been. 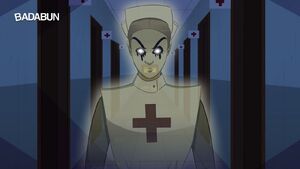 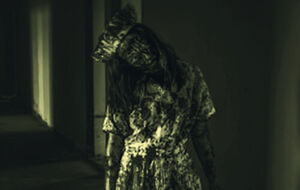 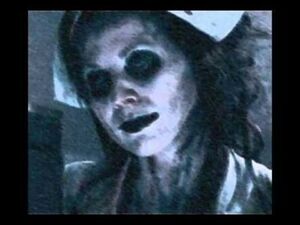 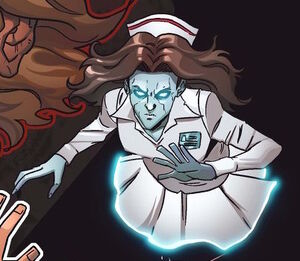 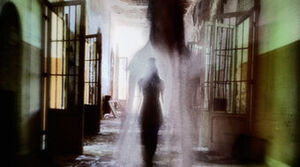