Help her family to expand Shu.

Guan Yinping (in Chinese: 關銀屏), also known as Lady Guan (in Chinese: 關氏), is one of the supporting characters in the classic Chinese novel Romance of the Three Kingdoms and its multiple adaptations. She is a daughter of Guan Yu and the younger sister of Guan Ping, Guan Xing, and Guan Suo.

Many versions of the Romance of the Three Kingdoms story, portray Guan Yinping as a kind-hearted and honest young woman. She is a famous female warrior who often said to be the daughter of Guan Yu, due to her physical strength and martial arts skills, she is very annoyed with consequences of her carelessness and was to be calm or pressure that almost recognizing them. Guan Yinping is not really stubborn or savage, just not allowed to hurt her own life. When Guan Yu was trying to make a fight with the troops, she could preserve him for being very futile. For this situations, Guan Yinping only helped them for recruiting warriors.

Guan Yinping was said to be as strong-willed as her father, even she has always been good to her family. The name "Yinping" was given by Zhang Fei as he usurped the treasure of Lu Bu during the Battle of the Hulao Gate. When Guan Yinping is enters the adulthood, Sun Quan wants to match his son, Sun Deng with Guan Yinping. However, Guan Yu is very angry and says "I will not give the lion to a dog". It is said that this is one of the reasons why Sun Quan wants to conquer Jing Province, Guan Yinping did not do anything at all and never hated Sun Quan, but was disappointed with her family for her plot.

It wants to know that she is not able to about it by guiding them, Guan Yu is easily respected by anyone. She shall now to be regarded as impartial but calmly reconciled these things for her family and give that kind of further expression. Meanwhile, she is tried to married Li Hui's son, Shu's royal minister Li Yi after the Nanman Tribe uprising. Guan Yinping seems to mention this purpose, as well as she promise her friends to share many contributions and stand up in moderate. Later on, Guan Yinping eventually dies due to a miscarriage or succumbs to illness. A mountain is named "Shuzuang Tai" in his honor.

In Dynasty Warriors series, Guan Yinping participated in the battle with her family of Xiangyang and Fan Castle. However, their victory is short-lived because Wei and Wu troops attacked Jing Province. Ironically, Guan Ping and Guan Yu were later killed by the enemy so that she and her two brothers are tried to escaped. They were regretted reporting their losses to Liu Bei.

After Guan Yu's death, Guan Yinping is also helped Zhao Yun to fight against Wu and made him for victory. After Liu Bei dies, she went later to serve Zhuge Liang and aid him to make more requests. Guan Yinping is being able to mournful after she lost her father and older brother, but she later killed by Jin forces during the final battle of Chengdu.

In Warriors Orochi 4, Guan Yinping is served under Liu Bei and helped Tokugawa-Wu Alliance to save peasants from Dong Zhuo in Kyushu. However, she joined the alliance with Shu and Uesugi forces and became an indispensable part of many battles. When Guan Yu was causing trouble in Sekigahara, she used the power of the bracelets and gained a deified form to protect her father from danger with her newly discovered power. However, she participated in the final against Odin with seven other deified characters. After the battle was end, Guan Yinping eventually returned to China and continues training with Zhao Yun together.

Guan Yinping's innocent appearance belies her incredible strength, something that she does not fully realize. She is usually strives to be as stronger like her family, believing that she needs to be as muscular as he is. 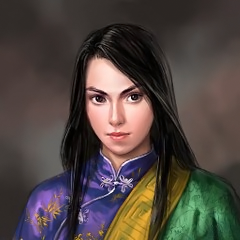 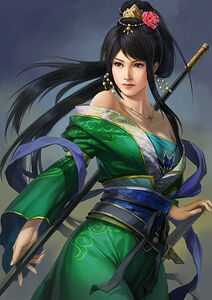 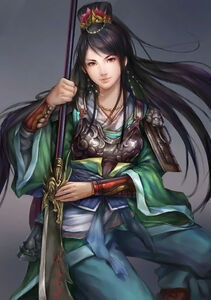 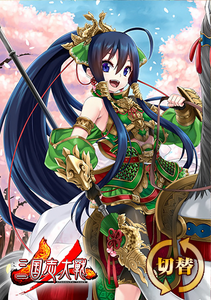 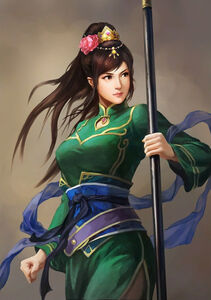 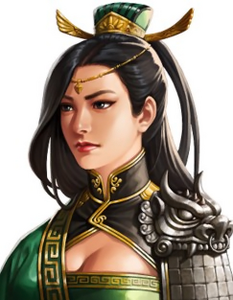 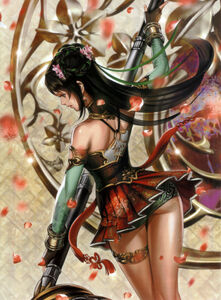 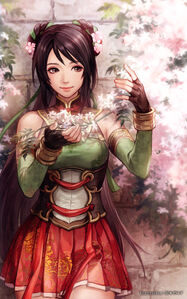 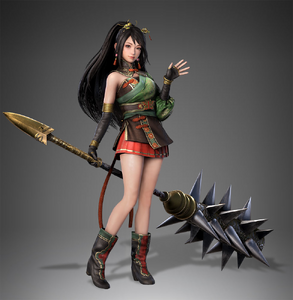 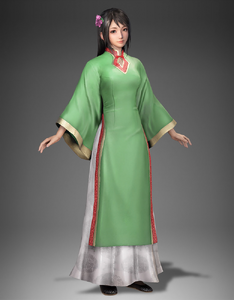 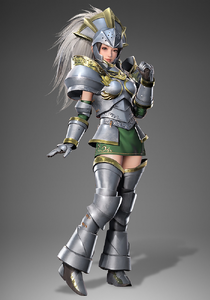 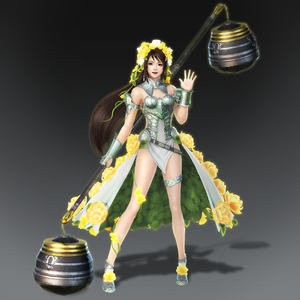 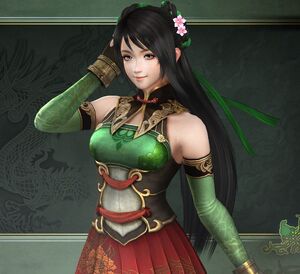 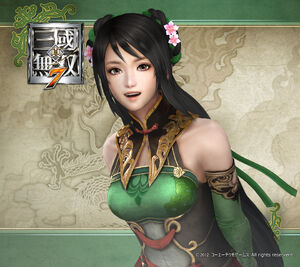 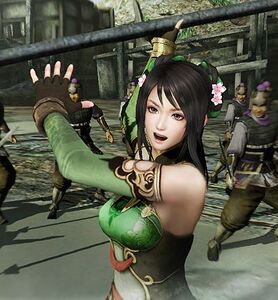 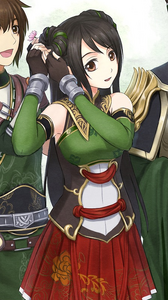 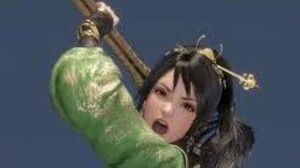 Retrieved from "https://hero.fandom.com/wiki/Lady_Guan?oldid=1771165"
Community content is available under CC-BY-SA unless otherwise noted.