Lady Lora is the heroine of Dragon Quest.

Lady Lora has strawberry blonde hair and eyes whose colors are either green or blue. She wears a dress that is pink in some appearances and yellow in others, though yellow is the more common color.

Lady Lora is a young woman properly trained in the etiquette expected of her standing, and her optimism is utterly indomitable no matter how grim the situation. She is prone to bouts of girly glee when she is happy, to the point that she'll even audibly squeak when particularly pleased. She is, however, still a princess, and will not take no for an answer under any circumstances--trapping the player in an endless dialogue loop and pouting until she gets her way. When rescued by Alef in the original game, she immediately falls head over heels for her savior.

Alef may rescue the princess during his mission to defeat the Dragonlord. Lora is located inside the Quagmire Cave south of Kol, which connects to the southeastern continent. To rescue her, Alef must fight and defeat a powerful green dragon.

After Alef rescues the princess, he brings her back to her father at Tantegel Castle. At the castle, Lora gives Alef an item, she pledges which tells Alef his exact distance from Tantegel on the world map at the time it is used. It is useful in finding the Mark of Erdrick later in the game. While at the castle, Lora uses the other throne next to her father in the throne room. When spoken to, she asks Alef if he loves her. Answering yes triggers the short love music to play.

If Alef rescues Lora during the game, she will be present at the ending and join him on his journey to establish his own kingdom. Alef will again carry her away as he leaves Alefgard after defeating the Dragonlord. If Alef is already carrying her when the ending begins, the result is much the same, though a single line is different. Eventually, she and Alef get married and settle in Torland. They have three children, who establish the kingdoms of Midenhall, Cannock, and Moonbrooke. 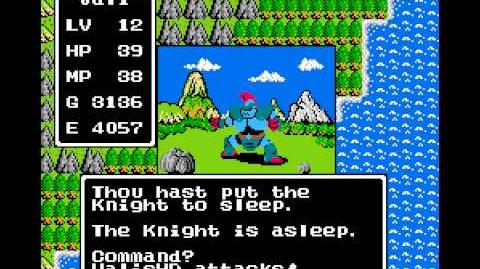 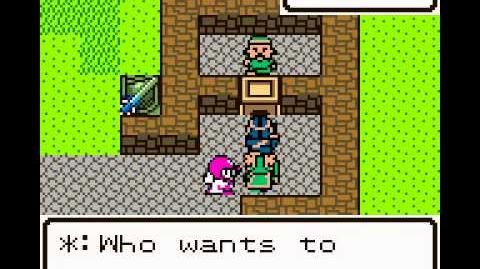 Retrieved from "https://hero.fandom.com/wiki/Lady_Lora?oldid=1874740"
Community content is available under CC-BY-SA unless otherwise noted.