Lu Lingqi (in Chinese: 呂玲綺), also known as Lady Lu (in Chinese: 呂氏), is a minor protagonist in the classic Chinese novel Romance of the Three Kingdoms and it multiple adaptations. She is the daughter of Lu Bu.

When Lu Bu intended takes his daughter to marry Yuan Yao, who is the son of Yuan Shu, but under the persuasion of Chen Yu, he blocked the alliance of Lu Yuan.

After Lu Bu bringing his daughter back, as he eventually accepted his position of the left general of the Xuchang court. Later that year, when Cao Cao coming to surrounded Xiapi, Lu Bu trying to saved Yuan Shu from Cao Cao's armies and promised Lady Lu as Yuan Shu's daughter-in-law.

However, Lu Bu has took Lady Lu on her back and wanted to break through, but she was forced back by the arrow rain of Cao Cao's defense line. There is no record after that.

In the Romance of the Three Kingdoms and Dynasty Warriors video game series, she is given the fictional name called Lu Lingqi. Lu Lingqi is the daughter of Lu Bu and his first wife, Lady Yan which then originally offered for a political marriage with Yuan Shu's son, until that plan fell through. Upon her father's death, and that her fate is unknown. She is one of the playable characters in the Knights of Valour series.

In Dynasty Warriors 8, Lu Lingqi was driven away by Li Jue and Guo Si in the capital and accepted to keep her father safe without being hindered. During the Battle of Xiapi, Cao Cao and Liu Bei were about to lead the troops to resist Lu Bu, thus she had to listening to others and not be harmed. Until the end, Lu Bu was officially defeated and Lu Lingqi could only survive this fight. Lu Lingqi endured this weakness and would steal her father's Red Here at once, Guan Yinping decided to go after her with her other friends, Bao Sanniang and Xingcai.

However, Lu Lingqi eventually gave back the Red Here to them when she quickly withdraw. Lu Lingqi salute Zhang Liao while she fighting with her enemy, the two murmured incessantly upon they are used the operandi to ruin Cao Cao's forces to avenge Lu Bu's death. During this time to practice the halberd of her deceased father, Lu Lingqi was to be present at Xuchang in growth as soon after Lu Bu killed in battle. She is indeed commemorating her father's legendary life, which is no longer training and strengthening her compassion with Lu Bu.

Lu Lingqi is a caring, supportive, insecure, and courageous woman who shares her father's love for battle. However, she has fears being left alone due to being left behind during her father's flight from the capital. While Lu Lingqi was seems to share a one-sided rivalry with Guan Yinping and often fights to prove not only having the superior training but also the superior father. She is also pessimistic since her father was failed by conflict which then ended on lives through invading in Xiapi from warned that his gets executed together with Chen Gong. In Warriors Orochi 4, Lu Lingqi remaining loyalty towards her father as of that they keeps warring with an alliance. She taking her issue whenever is makes friends with Ina and Lady Hayakawa which they could joins up stops Odin's plans of his ruining all the worlds and obsessed with evil power. 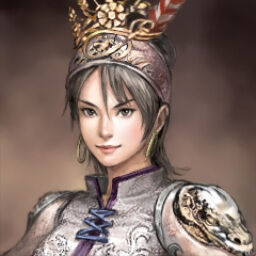 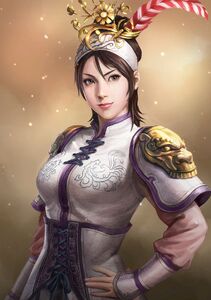 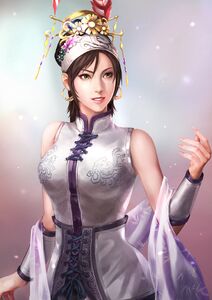 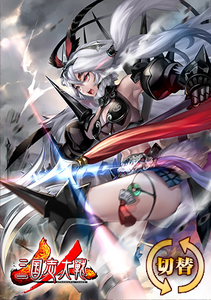 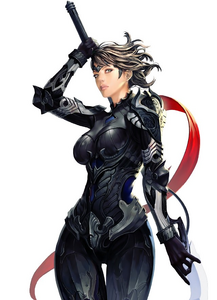 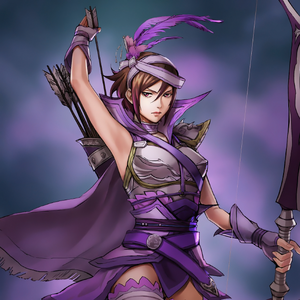 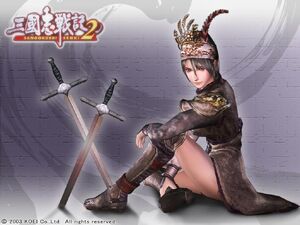 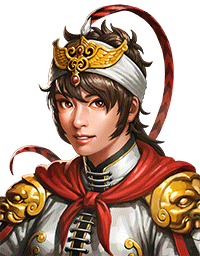 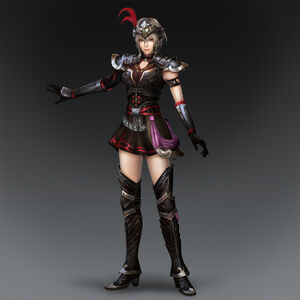 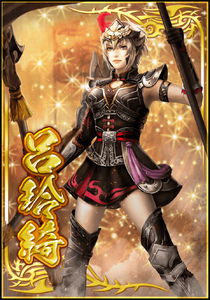 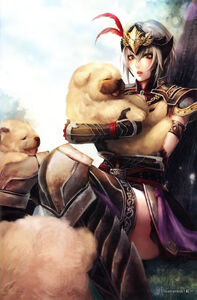 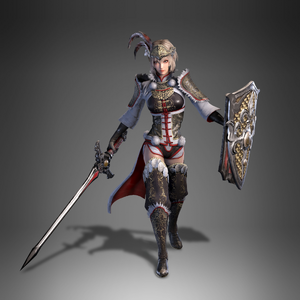 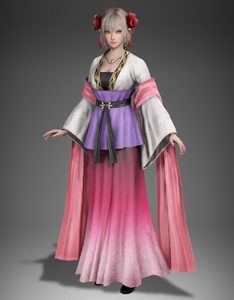 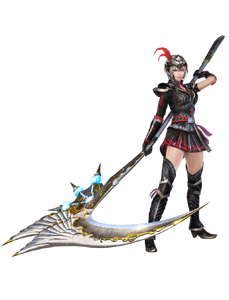 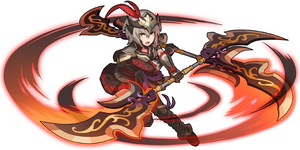 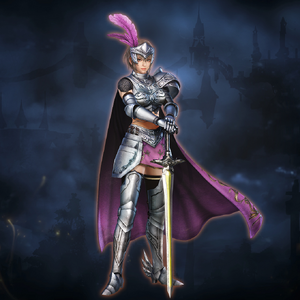 Lu Lingqi in Knights of Valour. 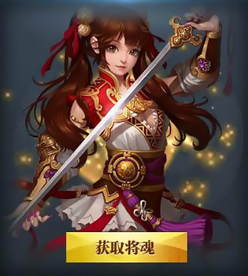 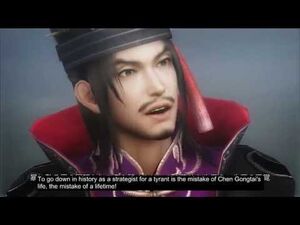 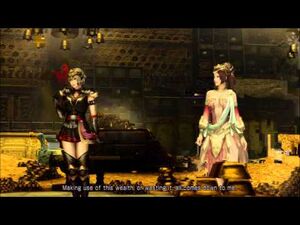 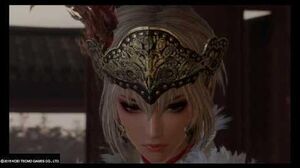 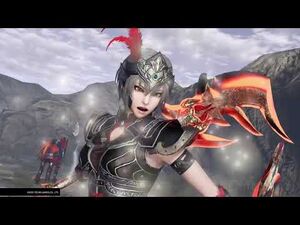 Retrieved from "https://hero.fandom.com/wiki/Lady_Lu?oldid=2223504"
Community content is available under CC-BY-SA unless otherwise noted.