Your Ladyship
Totty (by Wallace)

Wallace and Gromit: The Curse of the Were-Rabbit

Lady Campanula Tottington is the deuteragonist of the 2005 stop-motion animated movie Wallace & Gromit: The Curse of the Were-Rabbit.

She is voiced by Helena Bonham Carter who voices Emily and portrayed Mrs. Bucket.

Her family is revealed to have held an annual Giant Vegetable competition for over 517 years. In the film, she offers Wallace and Gromit to fix her terrible problem with rabbits. Wallace then sucks the bunnies in the Anti Pesto Van. Both Wallace and the local hunter Victor Quartermaine wish to be with her.

After a Were-Rabbit wreaks havoc in town, Lady Tottington persuaded the villagers to give Wallace and Gromit a chance to capture it. Wallace later goes to Tottington Hall and tells Lady Tottington that he has dealt with the Were-Rabbit, whom he thought was the monster form of a rabbit he captured named Hutch.

Lady Tottington manages to free herself and confronts Victor and hits him over the head with a giant carrot and dumps him. After Gromit tricks the villagers into thinking that Victor is the Were-Rabbit (by putting him in a rabbit costume), Lady Tottington watches sadly as Wallace appears to die after returning to his human form after he fell through a cheese tent to save Gromit. She comforts Gromit and wonders if there was something to bring back Wallace. This gives Gromit the idea of using Stinking Bishop cheese in the tent to revive Wallace. Following this, Lady Tottington gives the Golden Carrot trophy to Gromit for his marrow (which he had used as bait to keep Were-Rabbit Wallace to keep away from the competition) and she also thanks Wallace for saving her from marrying Victor.

Lady Tottington then converts Tottington Hall into a sanctuary for Hutch and the other rabbits. 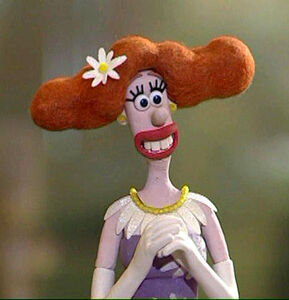 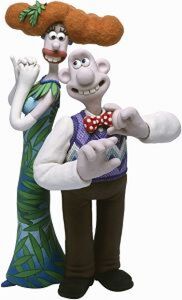 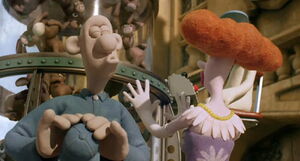 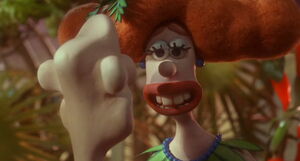 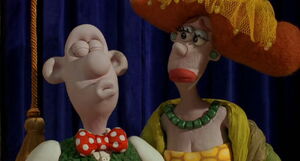 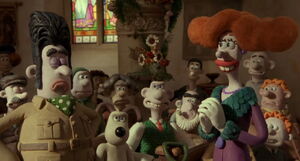 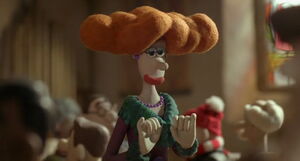 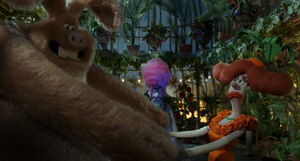 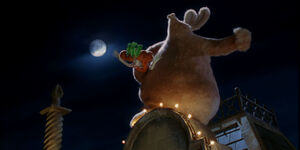 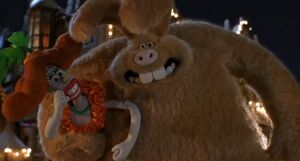 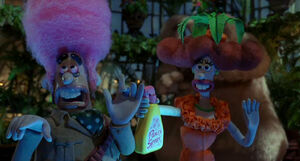 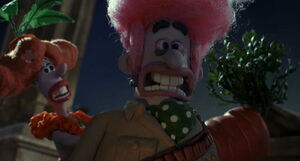 Totty whacks Victor in the head with her giant carrot, knocking him out. "Consider yourself dumped!" 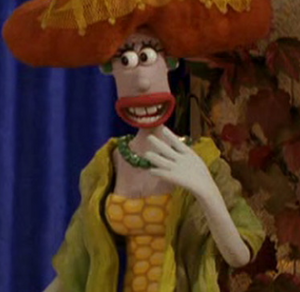 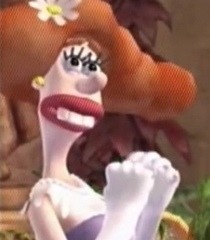 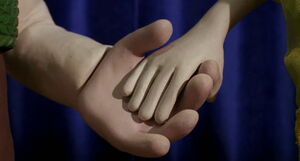