Lagoona Blue is a major character of Monster High and the daughter of the Sea Monster AKA The Creature From The Blue Lagoon. She is dating Gillington "Gil" Webber despite their family's bloodfeud.

She is voiced by Sayuri Ito in the Japanese version, and by Laura Bailey and Larissa Gallagher in the English version.

Lagoona has a very friendly and laid-back personality, even her clothes reflect her easygoing nature. Most of the time, Lagoona is very calm and level-headed, but she is prone to strong emotions, especially when it comes to romance and friendship.

She is almost never outright mean, but she is passionate about friendship, and will defend her friends fiercely. However, she is forgiving and won't stay mad for long, as it's just not her nature.

Lagoona is also an environmentalist; trash and pollution in the ocean anger her, and she shows sympathy to many aquatic elements, including fish, frogs and all water creatures.

Lagoona has pale blue scales that cover her entire body, as well as webbed hands and fins potruding from her lower arms and legs. She has curly blonde hair that's streaked blue due to the chlorine in the school's pool, as well as freckles that dot her face.

Lagoona is the daughter of the "Sea Monster", presumably the Gill-man from the 1954 B-movie Creature from the Black Lagoon.

In the film, a scientific expedition takes a steamship journey up the Amazon River, in search of fossilized remains that they believe provide the link between man and fish. Meanwhile, members of the research team are systematically killed by a mysterious being, eventually revealed to be the prehistoric fish creature whose skeleton they were searching for. The Gill-man was played by Ben Chapman (on land) and Ricou Browning (in the water); Dr. David Reed was played by Richard Carlson, and Kay, the lead scientist's girlfriend, was played by Julie Adams.

Two sequels, Revenge of the Creature, and The Creature Walks Among Us, were later produced.

Lagoona's father "doesn't really live on land. For sure, he's got a little beach house where Lagoona Blue lives. It's got a killer dock that goes out over the water." According to her School's Out diary, her mother is an ocean nymph who "still lives in the same scary sweet little grotto as she did when dad met and married her. Being a nymph means that mom can leave the water and hang out on land as long as she doesn’t travel too far from her grotto otherwise she gets really weak". In the Monster High book series, Lagoona's parents live in Australia, but she lives with her uncle (unnamed) and her aunt Coral in Salem. Lagoona moved in Salem as a foreign exchange student from "down under".

In "Parent-Creature Conference" the ghouls tell Sloman "Slo Mo" Mortavitch|Slo Mo that he is supposed to be posing as Lagoona's Great-Aunt Lantic; this relative may or may not really exist. In her Basic diary, Lagoona mentions having a few cousins 'living up north'.

Lagoona is very easygoing, and wants everyone to be friends; as such, she is friends with everyone, even the hard-to-get-along-with Cleo (but she hangs out with Cleo, Ghoulia, Frankie, Clawdeen, Abbey and Draculaura the most, so they're probably her closest friends). She is rarely seen disagreeing with anyone, except Toralei when she openly mocked the fearleading team and her. In "Bean Scare, Done That" she stated that she, Frankie, Cleo, Draculaura, Gil and Clawdeen have 500+ friends all together.

Lagoona's pet is a piranha named Neptuna who is carried around in a fishbowl purse. She is shown to be very feisty, and enjoys nipping other monsters when they least expect it. She has not appeared in the cartoon although other piranhas are seen in "Fright On!" and presumably owned by Lagoona and/or other swim team students.

Gil and Lagoona started seeing each other soon after they met in "Blue Lagoona" and "Hatch Me If You Can".

Gil's family holds a negative view on salt water monsters, which Gil kept a secret from Lagoona until "Road to Monster Mashionals". Lagoona encouraged him to take a stand against his parents; he tells her he informed his parents, but in "HooDoo You Like?", Toralei Stripe arranges for an entire page in the Fearbook to be dedicated to Gil's and Lagoona's relationship, forcing Gil to reveal that he lied, and his parents didn't know they were dating.

Lagoona gave him an ultimatum: either he'd stand up for them, or he should forget about her. After a lot of doubt and self-reflection, Gil chose the honorable path in "Desperate Hours" and told his parents he was dating a creature from the sea that was nothing like the horrible creatures they always talked about. His parents didn't take kindly to it, but the strain went off his and Lagoona's relationship.

After the summer vacation, Gil didn't return to Monster High because his parents enrolled him in a different school to keep him away from Lagoona. He returned in "Here Comes Treble", and he explained in "Fright On!" that his parents gave up and allowed him to go back to Monster High and his salt water love. 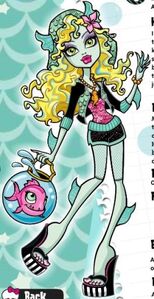 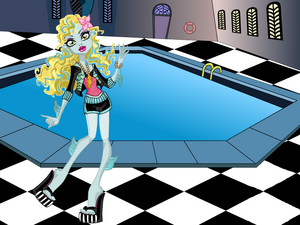 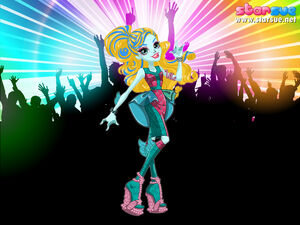 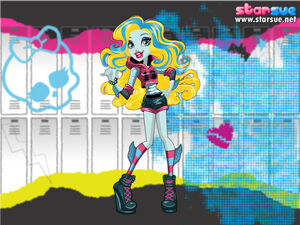 Lagoona in her new look. 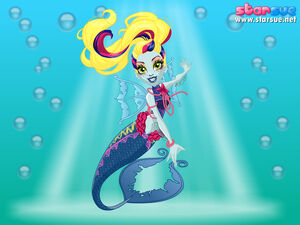 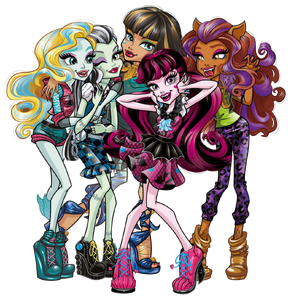 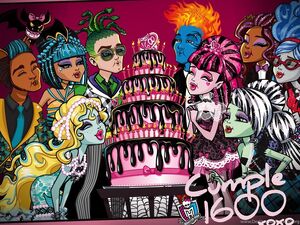 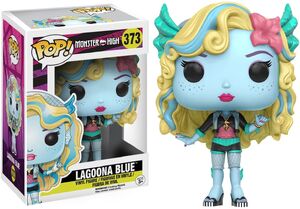 Lagoona Blue after her transformation into a freshwater sea monster as seen in 13 Wishes. 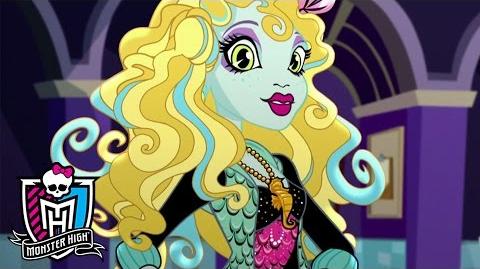