Protect the world
Support Superman and her allies

Lana Lang is a fictional character in DC comics and universe, and is a supporting character and superheroine in Superman comics. She is often portrayed as the childhood friend and love-interest of Superman, and became the adoptive aunt of Superman's cousin, Supergirl. Lana later claimed the title Superwoman during the events of DC Rebirth, and became a member of the Superman Family.

She was created by Bill Finger and John Sikela, and first appeared in Superboy # 10.

Lana Lang was born in Smallville, Kansas to Lewis and Sarah Lang, and is the sister to Ronald, Larry and Alvin Lang. She and her brothers were raised on a farm, and Lana befriended and became attracted to her next door neighbor, Clark Kent. Lana was also interested in the local superhero Superboy, becoming obsessive of him during her high school years to discover his secret identity. One day, Lana rescued an insect-like alien trapped by a fallen tree, and was granted a Bio-Genetic Ring as gratitude by the alien, which allowed her to gain insect characteristics.

Afterward, Lana created a costume and adopted the name Insect Queen, becoming a crime-fighter. She and Superboy went on many adventures, and she became a reserve member of the Legion of Superheroes. By the time she went to college, Lana became a love rival of Los Lane for Superman, and became the co-anchor of WGBS-TV with Clark. Though Lana's affection for Superman drifted away when she became romantically linked to Vartox, she and Clark did become romantic in stories prior to the Crisis on Infinite Earths. Earth-One's Lana was erased from existence after the collapse of the original Multiverse during the Crisis on Infinite Earths.

On New-Earth, Lana Elizabeth Lang is the daughter of Thomas and Carol Lang, and she found out about Clark's abilities when he saved her life as children. Some of Clark's powers activated for the firs time when he was around Lana, such as when she gave him his first kiss, Clark's heat vision activated. Lana later attended Metropolis University to pursue a degree in business, and as adults, she is one of the few people who is aware that Superman and Clark Kent are the same person.

Lana eventually became romantically involved with Pete Ross, and she decided to marry him after Superman affirmed that Clark would never love her the way she loved him. Lana and Pete married at a small ceremony at the Kent's house, with only a few guest since Clark and Lois were busy in Metropolis. While having a quiet life in Smallville, Lana became pregnant, but complications caused her child to be born premature.

Lana asked Superman to take her baby to a more advanced medical facility, but her infant was taken by Brainiac, who was using Doomsday as a host. Brainiac intended to use the baby to grow into a new body for himself, but Superman managed to defeat the supervillain and rescue the baby. Superman discovered that as part of the process of preparing the infant for Brainiac's experiments, the baby was aged to term. Superman returned the child to Lana and Pete, and Lana decided to name her son Clark Pete Ross.

In 2000, Pete became Lex Luthor's vice presidential running mate in the latter's bid to become the President, and Pete won alongside Lex. Lana moved to Washington, D.C. with Pete and her son, and talked to Superman, promising to keep his secret and to announce that she didn't have any feelings for him anymore. After Luthor was forced out of office, Pete became the President, and Lana became the First Lady of the United States. Eventually, Lana divorced Pete after years of dissatisfaction, and still having feelings for Clark. However, Lana reunited with Pete after Superman saved them from the villain Ruin.

When Lex was voted off as chairman of LexCorp, Lana became the CEO of the company after the board chose her. Her time as CEO was successful, but ended when she attempted to use LexCorp's resources to assist Superman, and was fired by Luthor via a hologram. After being fired, Lana decided to return to Smallville to be closer with her family, but Perry White pursued Lana to take over the business section of the Daily Planet. When Supergirl was upset due to Cat Grant's slander pierce, and was hesitant to create her own secret identity, Lana reached out to her. After gaining a connection, Lana decided to take up Perry's offer and help Kara pose as her niece, Linda Lang.

Soon after, Lana started to develop a mysterious illness, and attempted to keep it a secret until Lois noticed. Supergirl confronted her about the illness, but Lana seemingly dies from it when taken to a hospital. However, Lana was reverted back into her Insect Queen form, and cocooned the hospital. After capturing Supergirl, Insect Queen informs Kara that during her last encounter with Lana, she embedded a piece of her DNA within her in attempt to reposes her body. The two engaged in battle, and Kara eventually expelled the Insect Queen from Lana's body through the use of a Kryptonian machine, and Lana was successfully cured. After Lana was cured, Kara decided she was going to leave home due to Lana not telling her of the illness.

When Superman died, Lana and Lois both absorbed energy that was released from his body, and the two developed superhuman powers. Lana gained the power to convert solar radiation into electromagnetic energy, super strength, flight and invulnerability, as Lois developed powers similar to Superman's. Lana helped train Lois to control her powers, and the two decided to become superheroines named Superwoman. 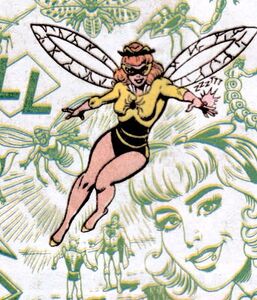 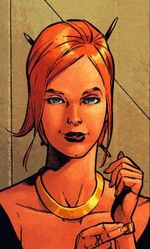 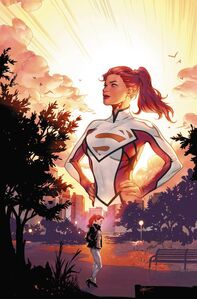 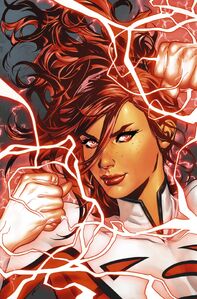 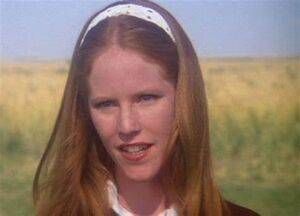 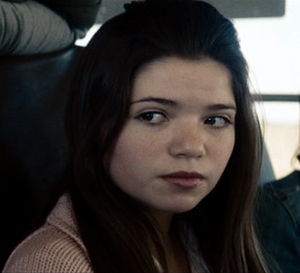 Jadin Gould as young Lana Lang in Man of Steel. 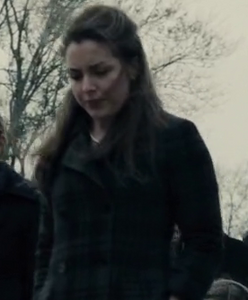 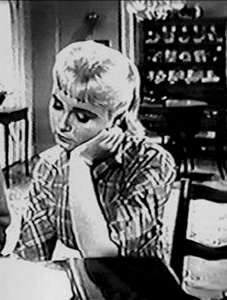 Bunny Henning as Lana Lang in The Adventures of Superboy. 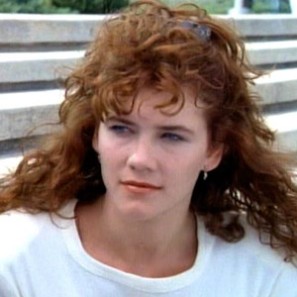 Stacy Haiduk as Lana Lang in the Superboy tv series. 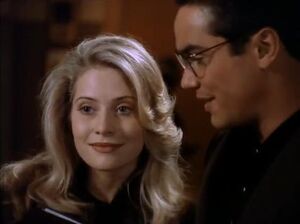 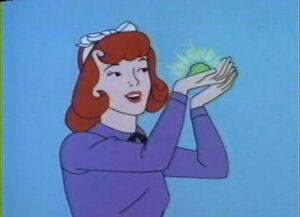 Lana Lang in the Adventures Of Superboy animated series. 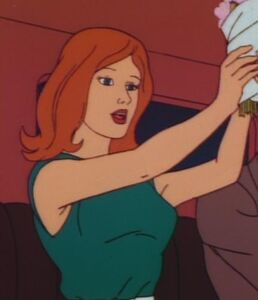 Lana Lang in the DCAU.

Retrieved from "https://hero.fandom.com/wiki/Lana_Lang?oldid=1857839"
Community content is available under CC-BY-SA unless otherwise noted.