Lance first made his appearance as a Foe (namely, the final boss) and the main antagonist in EBF2. Since then, he has joined the party and accompanies Matt & Natz in EBF 3-4. Lance is a "Gunslinger" who uses powerful technology and the support of his army to make up for a lack of magic.

Lance is depicted as a brown spikey-haired teenage boy. When he first appeared in Brawl Royale, he wore a red jacket over a white shirt bearing a star insignia with the word "Epic" written on it. In this appearance he wielded a sword with a ring of spikes near the handle. When he appeared in EBF2, he donned an SS Nazi uniform, an eyepatch, a Gunblade, and massive firepower in the form of the Valkyrie tank. In EBF3, his standard costume is a green army helmet, coupled with a green jacket with a bandolier. In his hand he has the Gunblade, and on his back is a laser rifle which he uses as a special attack. In EBF4, his Nazi-like uniform is his standard outfit instead.

In EBF2, Lance was a "well-intentioned extremist" type of character who believed the world would be better off under his rule. After his defeat at Matt and Natalie's hand, he no longer seems to try taking over the world, though his army is still around and he still occasionally wears Nazi-esque uniforms. Lance has a socially awkward attitude around women and has a fondness of military weapons, vehicles and armaments. Despite being even more lecherous than Matt (in the forest, he "accidentally" lifts Natz's skirt, and in the desert, he tries to get her to take her top off), he can be quite intelligent, as shown in EBF3 when he explains The Rift to Matt and Natalie in accurate context. His perverted attitude is often encouraged and supported by Matt.

Lance is a soldier-style player character. He does not use magic, but compensates with high technology and an army. As his main weapons, he uses his Gunblade from EBF2 and a variety of massive equippable guns he uses when executing special attacks. Most of these guns have elemental properties which carry onto his gunblade as well. He also has a field radio he uses to call in backup. His skillset focuses on accurate physical multi-strike attacks and spells that inflict elemental damage to all enemies. He can also inflict Bomb damage to an enemy or a group of enemies with Airstrike and Tank Guns. Additionally, he has some abilities to debuff all foes (like Debilitate, that reduces defense, or Bind, that reduces evade), and support skills like Scan and Medipack. The execution of his Unleash attack varies depending on the gun: while most weapons are shot in some way when unleashed, the Heavy Claw is used to strike an enemy.

His moveset has been changed around a little in EBF4. For instance, the Scanbot is no longer exclusive to him, and neither are some other skills like Bind or Debilitate.

Lance' first signature Limit Break is Oblivion (an homage to Dio Brando's "The World" move in Jojo's Bizarre Adventure) wherein he drops down onto the targets on top of his Valkyrie Tank, then smashes the tank onto them several times and finally proceeds to detonate it with a spectacular explosion, dealing Earth and Bomb (just Bomb in EBF4) damage. The second is Nuke, which drops a massive nuclear bomb onto the battlefield, dealing extreme Fire damage to enemies and poisoning (burning in EBF4) both enemies and players. This Limit Break is dangerous to use, though nowhere as much as Black Hole. He also can use Ion Cannon, which fires a giant laser from a satellite in the skies (though Matt can also learn this move in EBF4). 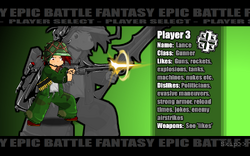 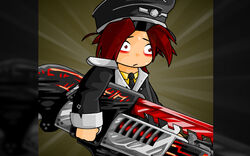 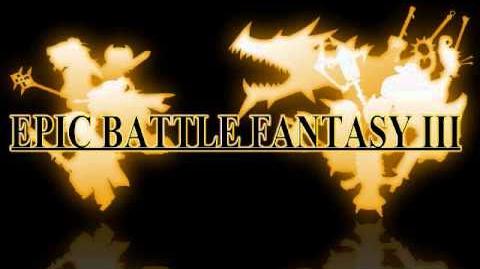