Being with his family
Teaching his poetry class

Lancelot "Lance" Clayton is the main protagonist of World's Greatest Dad. He is Kyle's father who works as a poetry teacher at his school.

He was portrayed by the late Robin Williams, who also portrayed Mork in Mork & Mindy, Sean Maguire in Good Will Hunting, Popeye in Popeye, John Keating in Dead Poet's Society, Daniel Hillard in Jumanji, Alan Parrish in Mrs. Doubtfire, Jack Powell in Jack, Phillip Brainard in Flubber, Peter Banning in Hook, Theodore Roosevelt in the Night at the Museum franchise, Dan Rayburn in Old Dogs, Rainbow Randolph in Death to Smoochy, Genie in Aladdin, Fender Pinwheeler in Robots, Batty Koda in Ferngully, and Ramón and Lovelace in the Happy Feet series.

Lance is a talented but unsuccessful writer; all of his books have been rejected by publisher, and he makes a modest living as an underappreciated high school poetry teacher.

Lance has a rocky relationship with his son Kyle, an underachieving, sex-crazed misanthrope who treats everyone, especially Lance, with contempt. Lance's feelings about Kyle are summed up late in the film: "I loved him - he was my son. But he was a douchebag."

One night, Lance discovers that Kyle has died accidentally while performing autoerotic asphyxiation. After dealing with his grief, Lance decides to spare Kyle embarrassment by making his death look like a suicide. While writing the suicide note, Lance gets an idea: he will pass his own writing off as Kyle's, and get the recognition and fame he has always craved.

His plan works, and "Kyle's work" becomes an overnight success. Lance becomes a minor celebrity, his students and superiors start treating him with respect after years of ignoring and dismissing him, and his girlfriend Claire, who had been planning to leave him, can't keep her hands off him.

However, Lance begins to feel guilty for exploiting his son's death for his own benefit and has an epiphany, confessing to the school that Kyle's death was accidental and that Lance himself wrote the suicide note and journal. He is fired and his reputation is ruined, but he finally feels free, and celebrates by jumping naked into the school's swimming pool. 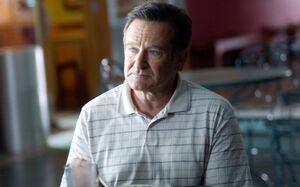 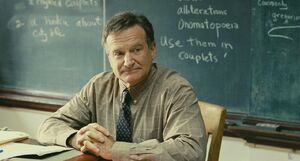 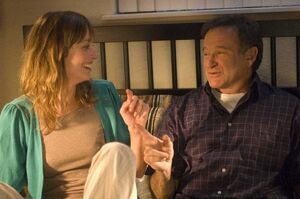 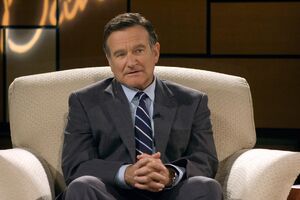 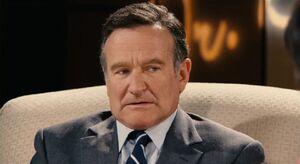 Add a photo to this gallery
Retrieved from "https://hero.fandom.com/wiki/Lance_Clayton?oldid=2158206"
Community content is available under CC-BY-SA unless otherwise noted.