Send her son to Earth (succeeded)

Lara Lor-Van, also known as Lara-El is a fictional character from DC comics and it universe, and mainly appears in Superman comics. Lara is the wife of the Kryptonian scientist, Jor-El, biological mother of Superman, the aunt of Supergirl, and biological grandmother of Jon Kent. Expert in Kryptonian science, and a high trained astronaut for the Kryptonian council. She was married to Jor-El, a prominent scientist on the Krptonian council before Krypton blew up and every single Kryptonian including her and her husband all perished and the planet became a new asteriod field.

She was created by the late Jerry Siegel and the late Joe Shuster, and first appeared in the Superman comic strip in 1939.

Early in Jor-El and Lara's marriage, the couple are briefly watched by the Guardians of the Universe, who note that Lara (or her husband) would have made an excellent Green Lantern. Lara and her husband Jor-El were shown to be practitioners of the Kryptonian martial art of "klurkor".

When Krypton was about to explode, Lara and Jor-El placed their infant son into an escape rocket built by Jor-El. In most retellings, Jor-El wanted Lara to accompany their son to Earth, but Lara refused, saying their son would have a better chance of reaching Earth without her extra weight. Kal-El's spaceship then took off, leaving Lara and Jor-El to perish but saving their son in the process.

On Earth-Two, Lara (also known as "Lora") was Kryptonian native and librarian who married Jor-L, and Jor-L worked with his brother Zor-L to develop escape rockets due to Krypton becoming disruptive. Lara gave birth to her son Kal-L days before the destruction of Krypton, and Jor-El informed Lara that he was sending their son to Earth to save him.

On New-Earth, Lara Lor-Van is the descendant of Nara, a noble lord on the planet Krypton, and was raised to be a scholar and librarian for the city's archives. Lara was fated by the Master of the Gestation Chambers to marry a man who would be the best genetically fit to carry her offspring, and she was originally chosen to marry Zon-Em. However, he was killed by the plague that was caused by harmful radioactive elements from Krypton's core, and Jor-El was chosen to be a worthy mate. Lara fell in love with Jor-El, and the two soon had a son whom they named Kal-El.

Jor-El would later discover that Krypton's corer was becoming more unstable and could destroy the planet, and he decided to create a hyper drive system to hold Kal-El's birthing matrix. When informed by Jor-El that he planned on sending their son to Earth, Lara was at first horrified, but decided to allow this to happen to save their child. Lara and Jor-El perished, but Kal-El crash landed on Earth, and was adopted by the Kent family. Though Kal-El wouldn't continue Krypton's culture like Lara wanted, he would become a superhero that would protect Earth from threats, such as General Zod.

On Prime Earth in the New 52, Lara Van-El is a member of the Kryptonian Military, and was one of their most talented students at the academy. 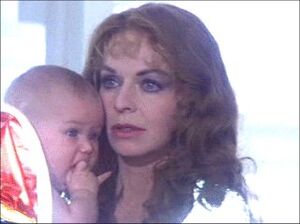 The late Susannah York as Lara-El in Superman the movie. 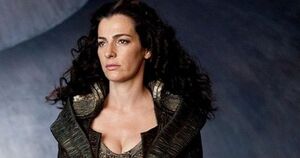 Ayelet Zurer as Lara-El in Man of Steel movie. 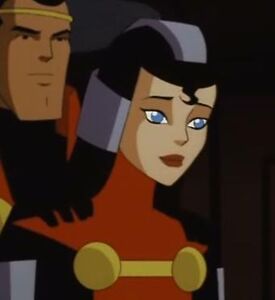 Lara-El in the DC Animated Universe. 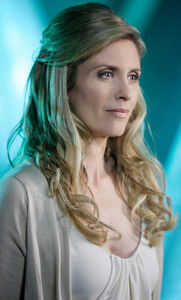