Ensure her lives to continued on her adventures.

An English adventuress and skilled archaeologist, Lara goes around the world's most dangerous places to find lost treasures. Lara has found many artifacts in the past and carries two pistols along with other guns. She is the most famous female video game protagonist, because of her very sexy and intimidating looks.

She was created by Toby Gard and has been voiced by Shelley Blond, Judith Gibbins, Jonell Elliott, Keeley Hawes and Camilla Luddington. In the films, she was portrayed by Angelina Jolie, who also plays Tigress in the Kung Fu Panda series. In the reboot, she is portrayed by academy winner Alicia Vikander.

Although Lara is very serious about her job, it doesn't stop her from being quite sarcastic and quick with witty remarks. Lara is also quite reckless, often and intentionally "forgetting" safety equipment for mountain climbing.

Initially, Lara does not wish to kill anyone, and is saddened by the loss of human life, especially after killing Larson Conway, Her first Human kill. However as the timeline progressed, she becomes much more willing to kill in order to defend herself, and even takes on some vengeful tendencies.

Despite these traits, Lara has a vulnerable side of her where she's kind and compassionate but she's also stubborn, headstrong, determined, and fearless. Lara is also extremely intelligent and level headed, usually remained calm, even in the most dangerous situations.

Lara is shown to possess abilities far beyond that of even a peak human being. She is extremely athletic, using her olympic gymnast like acrobatics to scale tall structures and can perform flips and somersaults after jumping several meters in the air. She has excellent balance and coordination, as she regularly lands on thin ledges, sometimes with her hands. Lara is known for being extremely fast and agile. She is also incredibly strong and powerful. She can lift and push boulders that weigh a several dozen tons with no effort at all. She has enough leg strength to jump several meters in the air and several meters across and could likely jump even greater distances. Lara is also extremely intelligent. She possesses a fantastical amount of knowledge relating to ancient civilizations, cultures, creatures and artifacts, many of which she discovered by herself in her comparatively short time as treasure hunter. Her resourcefulness and superior intellect has always been a key factor in searching for untold riches beyond human comprehension. 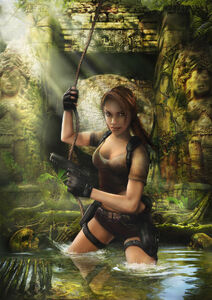 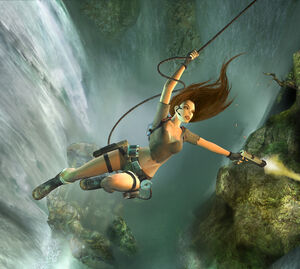 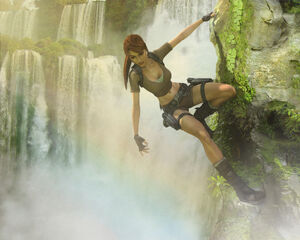 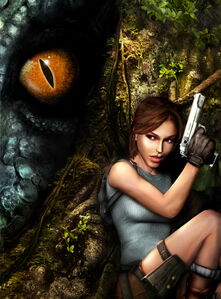 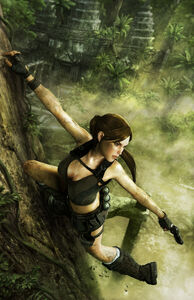 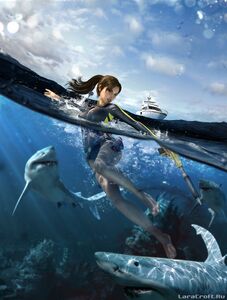 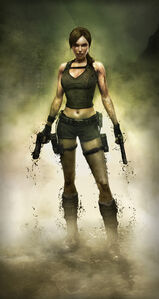 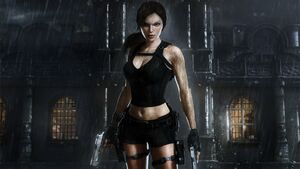 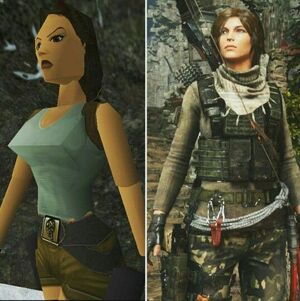 All versions of Lara Croft 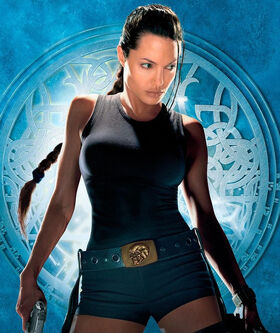 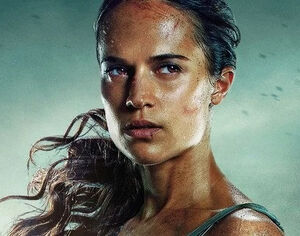 Alicia Vikander as Lara Croft
Add a photo to this gallery

Retrieved from "https://hero.fandom.com/wiki/Lara_Croft?oldid=2123831"
Community content is available under CC-BY-SA unless otherwise noted.