No information
Lawrence Stewart "Larry" Talbot is the main character of the 1941 and 2010 remake of the film titled The Wolfman. In the original 1941 film he lived in London the entire time.

In the 2010 remake he was shown to have come from New York, and arrived in London to attend to his brother's funeral. As things lead up to the answer about his brother's death, Lawrence becomes cursed by the bite of a werewolf whom he realizes later is his father. In the 1941 film, Lawrence or Larry does not talk much he is seen however getting bitten by a beast in the woods and then when he got home he started transforming into the werewolf.

Larry in the 1941 film was killed at the end by a bullet. Lawrence in the 2010 remake died from the same fate. 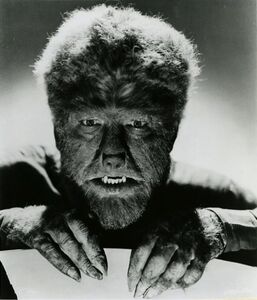 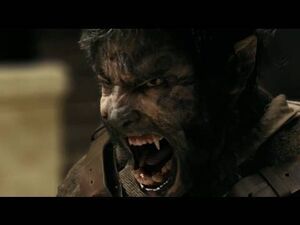 Lawrence Talbot in the 2010 remake transformed 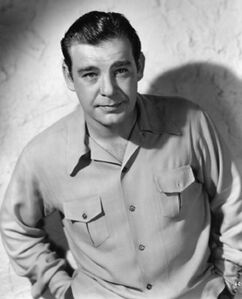