Sister of Jake and Zane

Run away from home and have a good time.
Become wealthy

Laura Forrester is the tertiary protagonist of Piranha 3D. She is played by actress Brooklynn Proulx.

Laura is seen to be very close to Zane, her other brother. Together, they sneak into their older brother Jake's room where he is watching porn involving Derrick Jones, a director, and his girls, Crystal and Danni. Laura laughs at the idea and thinks it's funny as does Zane but their mother doesn't think so, she comes in to get Laura and Zane out. It's clear she thinks of them as troublemakers. Laura puts up a fight as she is driven out of the bedroom. Laura and Zane put up a fight as they are moved out of the bedroom because Laura and Zane don't like follow orders they don't like their mother or older brother telling them what to do

After, Laura is seen at the dock where she meets Danni, the same girl who Jake had been watching. Laura quickly befriends Danni and says how her boobs are good. Laura says Jake, her brother, will like Danni's boobs. Laura telling Danni that Jake will like her boobs is Laura's way of insulting and embarrassing her brother when he isn't around. Danni then says "They all do" and she asks what's hapenning with the Spring Break holiday and all. Laura's brother Jake comes to take her home Danni looks at him and she flirts with Jake. When Jake notices Danni and says hi to her Laura interrupts by rudely insulting and embarrassing her brother by telling him "Try not to stare at her boobs ok" Jake then tells Laura to shut up. Danni is suprised by this when Laura says this but she quickly smiles and laughs about what Laura said and listens to the fight she has with her brother. Danni decides to politely end the fight between Laura and Jake by complimenting his shirt. Then Derrick comes in and throws his weight around. Laura notices him talking about his lust for Crystal, and Laura says "Mister, you talk funny," to which he says "Yep, well, you're short." Laura doesn't understand Derrick's strange way of talking so she tried insulting, bullying and embarrassing him which didn't work on Derrick like it does with her brother Jake. Instead Derrick ignored this and came back at her with a insult Laura didn't know how to react to this. She was also was surprised that someone else stood up to her bullying and insulted her.

Laura then watches Derrick employ Jake as his tour guide. When Jake meets Danni who says she's a Wild Wild Girl, Laura asks "What's a Wild Wild Girl?" while Jake, who already knows, stares lustfully at Danni. Laura is then with Zane and she says how Jake must be immature at wanting to leave them and see boobies. When Laura says this she is insulting and fighting with her brother again. Laura gets greedy and demands money if Jake leaves them for the day. She is so greedy she stands up and orders it over. Eventually Jake gives them both money but demands they stay inside because of the drunken tourists.

However, when Jake goes off with Derrick on his tour, Laura gets bored and greedy and Zane says they should go fishing out on the lake because he isn't catching any fish at the dock. Unfortunately, prehistoric piranha have been released into the lake, and they find themselves stranded on an island. Laura wades into the water, unaware of the danger, and yells for help, and a piranha narrowly misses her. They find an abandoned boat; unbeknowest to them, two eaten corpses are hanging underneath; killed by the piranha. However, things take a turn for the worse when Laura finds their boat slowly bobbing out into the lake; as Zane had foolishly forgotten to securely rope it.

So Laura begins panicking like the coward she is and does everything she can to summon help. Finally, after the tour, Jake sees Laura and Zane and demands Derrick rescue them. They do so and Derrick roughly grabs Laura and Zane and shoves them onboard to Jake's dismay. Laura is quick to pin the blame on Zane, in her cowardice. While Laura does put the all blame on the blame on Zane she did try to stop her brother from going out on the lake until she decided to go with him.

However, Derrick is desperate to get to the "Wet T-Shirt contest" and he rams the boat onto sharp rocks, knocking him overboard. Before this happens, Laura had been aware of the rocks and was staring fearfully at them through the glass boat bottom. When the boat crashes, Laura screams and clutches her brother Zane in haste to flee from the flood trying to save herself. When Derrick falls overboard, Crystal leans over to grab him but she has also fallen off. Piranha surround them both and eat Crystal. Derrick comes out at the loss of the flesh on his legs. He yells that "they took my dick." Then he dies and the boat is sinking.

Laura's mother comes to get them when Jake calls for aid and they string a rope to the other boat. As they get ready to climb the rope Julie who hasn't met Danni yet ask if she can climb Dsnni response by saying she doesn't do all of those pole dances for nothing with out learning some skills Julie looks at Jake and tells him they will have a talk when they get back home. They climb over, but piranha grab Danni's hair and eat her. As the piranha are eating Danni Laura's voice can be faintly heard telling her new friend Danni not to let go of the rope. Laura tells her "Keep Your Hands on the Rope" which are her last words to Danni before she dies. Then, they regroup and use Derrick's corpse to lure piranha to eat his remains, and finally they blow up the piranha with a gas explosion.

Laura believes she's now safe, and smirks, but as Mr Goodman, a zoologist, calls to tell Julie about adult piranha and Novak wonders where they are, one of them jumps out the water and attacks Novak.

Laura is a mischievous trouble maker she has a problem with listening others who know more then she does. She arrogant, greedy, selfish, egotistical and obnoxious Laura will insult and make fun of others but is surprised and offended when others insult her. Her insulting behavior is show when she insults Derrick for a weird comment he says that she doesn't understand then she gets upset when Derrick comes back at her with a insult. Laura is reckless and foolish this is shown in the movie on a few occasions.

She is a sassy girl who likes to get into fights with her older brother. Laura and her brother Zane have similar personalities they can bully their older brother into getting what they want. They also insult their brother Jake many times in the film. Laura and Zane insult Jake for watching porn Laura insults her brother when he isn't around by telling Danni how Jake will her chest like more then the rest of Danni's beauty. Laura picks on a lot of people but mostly her older brother she also bullies others however Laura was suprised when she learned that she couldn't effect Derrick when she tried to pick on him and bully him for his weird way of talking. Laura is also always determined to get her way if she doesn't she gets mad or panics.

While Laura is not very nice to others she doesn't like Derrick who is a jerk to everyone even to Laura who doesn't like it when someone is being mean right back to her. Laura is arrogant, lazy and dishonest yet despite this qualities that she has Laura is not a bad guy unlike Derrick who is is a villain. Laura could also tell from Derrick's inappropriate way of talking she knew that there odd about him as after he pushes back against her insult and is rude to her Laura can then tell Derrick is a bigger jerk then she is. 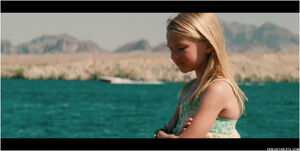 Laura wondering whether she is doing the right thing. 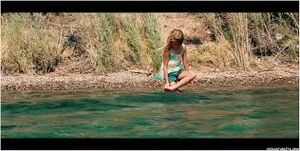 Laura smirking as she forces Jake to give her money. 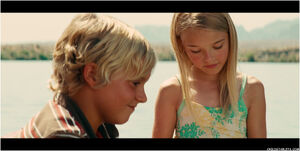 Laura showing her bullying side 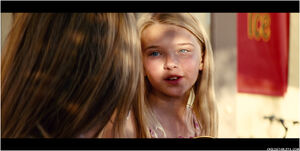 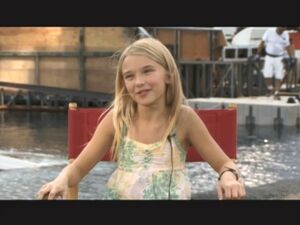 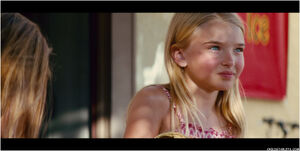 See what you've gone and done there? If you insult someone, it's not nice to have them insult you, Laura 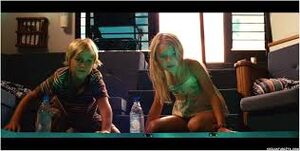 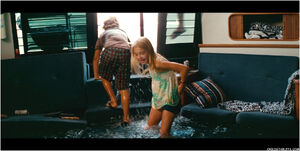 Laura fleeing from the flood with Zane 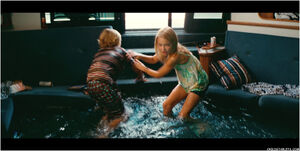 Laura losing her sanity and desperate to escape 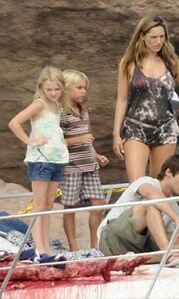 Laura looking at Derrick's dead body not even caring that he is dead since she hated him. 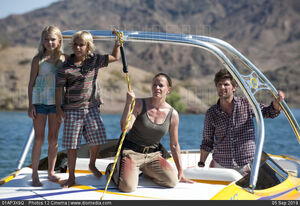