Connection to The Light Of Zartha

Effecting the weather by her emotions

To avenge Ben's death (succeeded by Agents J and K).

Laura Vasquez is the tritagonist of Men in Black II. She replaces Dr. Laurel Weaver from the first film. Here she gets roped into the whole plot because of her connection with the Light of Zartha, which the main villain, Serleena wants.

She is portrayed by Rosario Dawson, who also portrayed Ahsoka Tano in The Mandalorian.

In the beginning of the film, she worked in a pizzeria for Ben, who is actually an alien. When she goes to get Mountain Dew from the basement, Serleena comes and kills Ben. After being interrogated by Jay, she is placed into protection with the Worms. It is here she realizes that her bracelet is the Light of Zartha. However, Serleena does find her, and she is captured and is almost taken. But, Jay and Kay save her and are chased by Serleena. Finally, on top of a building, Kay reveals that she is the daughter of the alien Lauranna. He reveals that Laura is the Light of Zartha, and to prove it he tells her that it always rains when she is sad. Laura realizes this is true, and gets into a ship into space to save the world. As she leaves, it starts raining inside the ship. Serleena makes a final attempt to get Laura, but is finally killed by Jay and Kay. 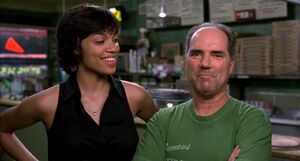 Laura is employee of the month of Ben's Pizzeria. 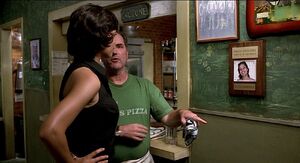 Ben tells Laura to get some Mountain Dew from the basement for him. 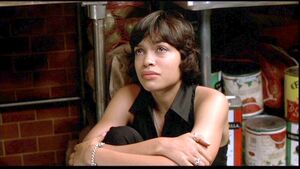 Laura releases stress after Ben gets killed by Serleena before it starts raining. 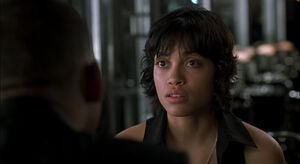 Agent J & Laura have a talk in a diner. 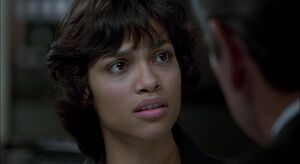 Laura didn't know she was the light the whole entire time.