Exorcist, Successor to the Bookman clan

Find the Heart of Innocence, Prevent the Millennium Earl from destroying the world

Lavi is one of the main protagonists in the anime/manga series D.Gray-man. He is the successor of the Bookman clan and is an Exorcist and member of the European Branch of the Black Order, though this affiliation only exists so he and his mentor, Bookman, can record the world history as it unfolds. His real name is unknown: 'Lavi' Is merely the latest in a line of 49 aliases.

Lavi is a tall (about 6' 6/8"), handsome, and well-built young man with fairly light skin. He has longish, bright red hair he tends to wear up in a bandanna, and green eyes; he is constantly seen wearing an eyepatch over his right eye, and what lies underneath is currently unknown, though he has stated that he does not wear the eyepatch because of any injury.

Lavi's uniforms tend to feature longer jackets and tight pants he tucks into his boots, and his bandannas and scarves are actually a requested part of his uniform design. Lavi keeps his hammer-type Innocence in a holster he wears on his thigh, thus why his pants tend to be tight. Though he started off wearing simple work-type boots, his most recent uniform features higher boots that go clear up to his thighs. He has also taken to wearing hoop earrings and stopped wearing bandannas, letting his hair down.

Despite displaying moods that range from mischievous, laid-back, friendly, cold and bitter, and even sly or naive, Lavi is typically a very reserved person, these "personality traits", more often than not, tending to be something of a charade his training as a Bookman has forced him to put on. As a Bookman, Lavi's teachings strongly discourage and, in some cases, even forbid him from making personal attachments; because of this, Lavi is fully though reservedly aware of the fact that he might well live to see his "friends" and "comrades" die around him and be expected to move on without showing much of an outward reaction.

Over time, though, Lavi has been finding it harder and harder to stick to these convictions; during a confrontation with Road Kamelot, he realized that the longer he was around his "friends", the harder it was for him to remember Bookman's orders to remain unattached. He realized that, while previously, he had no faith in the human race, he was starting to change and ask questions about who he was. After this realization, Lavi started to let himself become more genuine, though he still did his best to hide it from Bookman.

Because of his occupation, Lavi can actually be very intelligent and insightful, thinking up battle strategies on the go and frequently using his Bookman skills to win fights.

Lavi enjoys giving nicknames to various characters, naming Bookman "Old Panda" due to the thick black circles around his eyes, a converted Akuma "Chomesuke", and Arystar "Krorykins". He is one of the only people to call Kanda by his first name (though it frequently results in him nearly being killed for it), and apparently speaks to him outside of missions, as hinted when he called Allen "beansprout", saying that if Kanda could call him that, Lavi could as well, as he is the same age as Kanda. He has a habit of teasing both Allen and Kanda.

Lavi also has a fondness for beautiful women with gifted assets, having a tendency to call out "Strike!" when he sees a woman who "meets his standards". 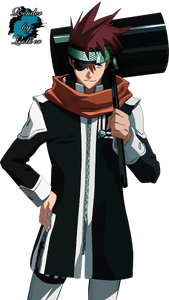 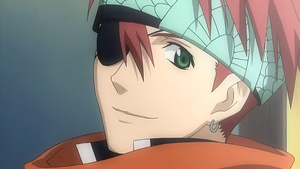 Retrieved from "https://hero.fandom.com/wiki/Lavi?oldid=1672741"
Community content is available under CC-BY-SA unless otherwise noted.