Strength and fighting with class at the same time

Create a new utopian world made of humans and robots (life goal).

Become the most famous powerful and influential man in the world.
Kill Heihachi and Kazuya (can change his mind and have them imprisoned and/or tortured).
Kill Jin Kazama for ruining the world. (formerly)
Become CEO of Mishima Zaibatsu.
Develop Combot into the greatest fighter in the world.
Get Heihachi's ancient epitaph from Ogre's ruins in Mexico.
Get his revenge on Heihachi (formerly, at least according to Lee in Tekken 6).

Lee Chaolan (Chinese: 李超狼; Japanese: リー・チャオラン), also known by his alter-ego "Violet" (ヴァイオレット) is a fighter and one of the many characters in the Tekken fighting video game series. He is Heihachi Mishima's adopted son, Kazuya Mishima and Lars Alexandersson's foster brother, and Jin Kazama's uncle. His main goal is become CEO of  Mishima Zaibatsu. Lee is a neutral character in Tekken 1 and 2, but he also is cunning and ruthless. Since Tekken 4, we can see him with a comedic side and he became one of protagonists in the series.

He is voiced by Jōji Nakata, Shin'ichirō Miki and Ryōtarō Okiayu in the Japanese version, and by David Stokey, Scott Reyns and Kaiji Tang in the English version.

Lee's parents died when he was a child. When he was a street child, he befriended Kazuya. Seeing this friendship Heihachi adopted Lee when he was 12 years old. He did this only for giving Kazuya a rival. Heihachi didn't care about Lee and only used him to irritate Kazuya. This caused extreme harted between brothers. Lee studied fighting with Paul Phoenix and Marshall Law in the U.S. Everyone who knew his power, called him "Silver-haired Demon".

Lee joined to the first King of Iron Fist Tournament to defeat Kazuya, but he lost.

Kazuya defeated Heihachi and took charge of the Mishima Zaibatsu. Lee sank into a deep depression and ran to the mountains. This anger caused that his technique to falter. Then an old man saw this and began to train him. Thanks to him Lee regained his technique. Lee killed the old man, because he was feared that he will say Kazuya about his plans.

When he returned to the Mishima Zaibatsu he became Kazuya's secretary, and he did this only to be in a good position and later defeat his brother. Convinced by Wang Jirnei, Lee joined to the second King of Iron Fist Tourament. During the tournament he met Heihachi, who was really angry with him for helping Kazuya and defeated him. Heihachi killed Kazuya and took over the Mishima Zaibatsu. Lee was expelled for treason.

Lee was absent in Tekken 3. It's possible that he was attacked by the creature known as Ogre.

After Lee sided with Kazuya in Tekken 2, he was expelled from the Mishima Zaibatsu by Heihachi. He thought of revenge for a long time, but he realized that is pointless to kill an old man. So he moved to a mansion in the Bahamas to lead a solitary life. One day he discovered a huge sell of G Corporation' stock online. He learned that the Mishima Zaibatsu attacked G Corporation and caused big damage. He also knew that Heihachi was searching for a main component needed to complete one of his project. In the same time The King of Iron Fist 4 was announced. His passion for fighting was rekindled along with his harted of the Mishima clan. Lee decided to enter the tournament in disguise, that the Mishima Zaibatsu not discovering his true identity. He signed up under a false name Violet, dyed his silver hair purple and wore sunglasses and violet clothes.

Lee met Kazuya in previous tournament. Surprised that he is alive Lee lost his focus and the fight. When Heihachi dead, Lee planned to take the Zaibatsu, but someone was faster. He was sure that was Kazuya. When the King of Iron Fist Tournament was announced Lee decided enter to this and finally defeat Kazuya and take charge of the Mishima Zaibatsu.

Lee joined to King of Iron Fist Tournament 5 to take revenge on Kazuya, but when he learned that tournament was opened not by Kazuya, but his grandfather Jinpachi Mishima returned to his home in Bahamas. Soon the Mishima Zaibatsu led by Jin Kazama brought the world in chaos and the G Corporation become a main opposition. Surprised Lee conducted a private investigation and discovered that Kazuya is behind the G Corporation actions. Lee entered to King of Iron Fist Tournament 6 to get close Kazuya. After meeting and fighting his adoptive younger brother Lars Alexandersson, Lee helps him take down Kazuya, G Corporation, Jin and the Mishima Zaibatsu. Afterwards, Lars takes a critically injured Alisa Bosconovitch, who Lars fought and defeated twice after she betrayed him to Jin Kazama, to him to be repaired.

Lee had Alisa repaired in time and removed some of the command system the Mishima Zaibatsu implanted on Dr. Bosconovitch's robot that was exclusively commanded by Jin.

Lee remains a supporter of his brother Lars, even when Heihachi returns to claim Zaibatsu. At some point, Lee goes to a restaurant and meets up with an investigative journalist who is looking into the Mishima Zaibatsu's affairs. At Violet Systems, Lee reveals to the journalist about Kazuya's blood and the curse that it placed on the Mishima family. Later when Alisa awakens to see him, she becomes hostile as he mentions that her brain is still damaged. When Alisa continues her assault on him, Lee is forced to battle her. After defeating Alisa, Alisa's memory systems began to recover and goes undergone upgrade. After upgrading Alisa's body, both are attacked by the Tekken Forces and he becomes weak when he unintentionally breathes in the sleeping gas. Recovering, Lee teams up together with Alisa to fight off the Tekken Force and they escape together.

Lee then brings Alisa to the facility where Lars is keeping Jin, who is in a coma. When they are attacked by Nina, Lee hijacks the helicopter that holsters Jin and remotely destroys the facility as he, Lars and Alisa make their escape. Lee later reveals that it was his plan all along to lure the Mishima Zaibatsu to the facility and take out the Tekken Force there. Lee later introduces Lars to the journalist he met. During the fight between Kazuya and Akuma, Lee, Lars and the journalist watch in shock as Kazuya's devil form is exposed to the world by Heihachi via satellite before the Zaibatsu CEO fires a satellite death ray on the G Corp's headquarters where Kazuya and Akuma are. Later, Lee uses his spy satellite to locate Heihachi, finding him before his battle Kazuya in their final fight.

After the true death of his adoptive father, Lee stands on the rooftops of a destroyed city with Lars and Alisa, concluding that G Corporation has no intention of stopping the war. He and Alisa then watch as Lars dispatches Jin to find and kill Kazuya.

Lee is smug, elegant, smooth, charming, easy going & cunning. He can do everything to take charge Mishima Zaibatsu and defeat Kazuya and Heihachi. 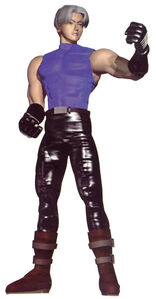 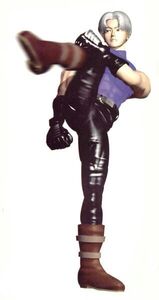 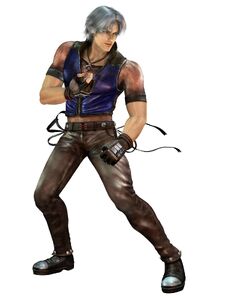 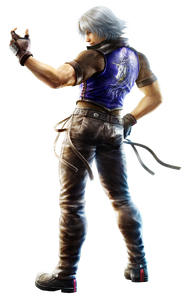 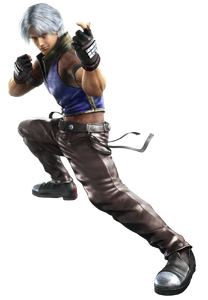 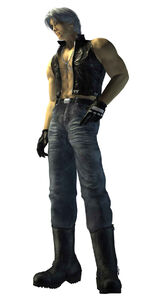 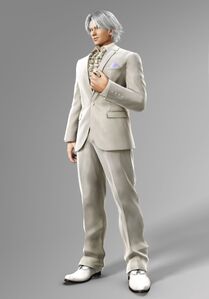