Real name unknown (in the comics)

Hanging out with his buddies

Leech is a character in the Marvel Comics Universe.

A former Morlock and frequent friend of the X-Men. The green-skinned Leech was orphaned as a toddler. His parents left him to die when his mutations became apparent. He has the power to negate all superhuman abilities within 10 yards of him.

Leech's family left him expecting him to die after his mutation manifested. He was then seen by Caliban and brought him to Annalee who took good care of him alongside with other mutants whom she raised. He became a young Morlock. He then befriended Artie Maddicks and had some encounters with the X-Men.

Leech was abandoned at an early age do to his appearance. He was found by the Morlocks and raised by Annalee who became his foster mother. When the Morlocks were being killed by the Marauders Leech, Skids, Artie and Caliban are saved by the X-Factor form Sabretooth. After their rescue Leech and the other young members of X-Factor formed a team called the X-Terminators. Leech and his best friend Artie also joined the Generation X team. Leech was one of the mutants that retained his powers after M-Day.

While Leech still retained his mutant abilities his buddy Artie lost his powers but still keep his unusual skin color. Because of Leech and Artie only being kids the two have been taken under the wing of other heroes for protection. Leech has had many horrible events in his as a kid was left to die as an infant due to his green skin. Made a new friend Artie only to lose hid best friend Caliban his adopted mother Annalee and many of the Morlocks who he treated as his family during the Mutant Massacre. Was captured and imprisoned in the Neverland camp Leech was forced to use his powers to negate all the other mutants powers. He witnessed the death of many mutants in the concentration camp along with more Morlocks but Leech some how managed to escape. Was a member of the small teenage X-Factor group known as X-Terminators along with his friend Artie and fellow Morlock Skids until the team split up. He became a member of Generation X along with Artie until they were kidnapped by the terrorist Morlock group called Gene Nation who kept the two kids prisoner until they were rescued by Generation X.

Leech was captured by Weapon X so they could one mutant's powers and hive them to another mutant. Leech some how survived the process and was used by Weapon X to keep the imprisoned mutant in line and under control. Once again Leech some how managed to escape from another prison he kept his powers after m-day but Leech was placed on the government's 198 mutant list. However only being kid he was able to to have someone look after him while the other mutants try deal with the problems that occurred after m-day. Caliban was revived and reunited with his little pal they decided to check the Morlock Tunnels to see if anyone was still living there they only found Masque, Bliss, Erg, Litterbug and Skids. Caliban was attacked while Leech was kidnapped the Morlocks who were following Masque planned on using Leech's powers on Magento however it was around this time that Skids revealed that she was an agent for S.H.I.E.L.D. and saved Leech's life. Eventually Leech and Artie would meet up again and join the Future Foundation.

As of now Leech and Artie are classified as deceased to the world but they are secretly still alive this is to keep the two kids safe. With the world believing Leech to be dead this helps to keep him off crossed of the 198 mutants the government watches out for believing them to be a threat. While Leech is secretly still alive he is a part of the New Morlocks reformed by Callisto he is just in hiding so he can be kept safe. Like many of small number of surviving Morlocks Leech has been through some horrible things he survived the mutant massacre caused by the Marauders he was captured and taken to the Neverland camp where a huge number of Morlocks and mutants were killed but Leech managed to survive being held as a prisoner. Leech survived the flooding of the Morlock Tunnels caused by Mikhail he was also one of the Morlocks to not follow Mikhail Rasputin. He also survived being experimented and tested on whiled being held at government facilities Leech was also used a weapon do to his power to negate other mutants powers even though Leech can't fight. Even though he was one of the mutants to end up on the government's 198 list of mutants with Leech in hiding and being labeled as deceased with a fake death this managed to get Leech off of the 198 list and keep him safe from the government. 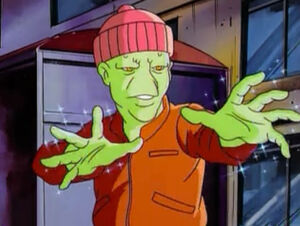 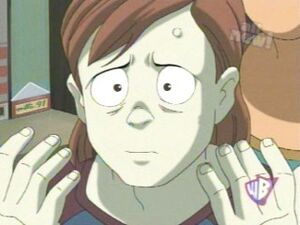 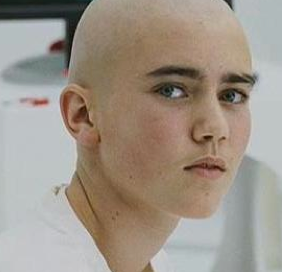 Leech in X-Men The Last Stand
Add a photo to this gallery
Retrieved from "https://hero.fandom.com/wiki/Leech?oldid=1682429"
Community content is available under CC-BY-SA unless otherwise noted.