Leigh Cabot is the female lead in the 1983 horror film Christine, a movie based on a novel of the same name by Stephen King.

Leigh is portrayed by model and actress Alexandra Paul who is probably best known for her role as Stephanie Holden on Baywatch.

The novel and the film have certain differences that affect the plot and the characters slightly. The background is for the movie.

Leigh has moved from Massachusetts to Rockbridge, California with her parents recently and has been at Rockbridge High School for only a few weeks. Despite this, she has already become the most popular girl in the school and both the High School stud Dennis Guilder and the unpopular and awkward Arnie Cunningham are vying for her attention. Her natural beauty might have something to do with this...

Leigh is instantly popular and regarded as the most beautiful girl in school. It is a surprise to everyone when she decides to go out with Arnie. While on a date with Arnie, Leigh almost chokes to death on a hamburger.

Leigh is certain that Christine was behind it, and when Arnie attempts to save her by hitting her on the back she notices that the dashboard lights on Christine seem to have turned into glaring green eyes.

Leigh is saved from death by a hitchhiker, who pulls her from the car and administers the Heimlich Maneuver. Despite Arnie's protestations, Leigh continues to feel as though she is competing with Christine for Arnie's affection.

Soon after Arnie begins parking at the airport, Buddy Repperton, a vicious bully who Arnie and Dennis got expelled earlier in the story, visits Christine with his gang of thugs and severely vandalizes the car.

Seeing Christine destroyed completely infuriates Arnie, resulting in the severance of his relationship with Leigh.

Dennis and Leigh become suspicious not of Arnie, but of Christine. They try to find out as much as they can about the car and its previous owner. As their suspicions grow, they try to destroy the supernatural forces that appear to be in control of Christine and Arnie.

The novel ends on an ambiguous note. Arnie's father is found dead in Christine, apparently from exhaust fumes. Arnie and his mother die in an auto accident: witnesses to the accident saw three people in the car before the crash, but only two bodies were found.

In the meantime, Dennis and Leigh manage to destroy Christine in Darnell's using a huge, pink-colored septic tanker truck, named Petunia, and Dennis is informed by a police detective that the remains were fed into the crusher in the back of the garage by two police officers, adding that one received a bad cut that needed stitches, and said "it bit him".

Dennis ends the story proper with a salutation to his friend: In the epilogue, set about four years later, Dennis reports that he and Leigh attended college together, consummated their relationship ("very satisfactorily"), but ultimately went their separate ways.

Dennis is a teacher in New Jersey, Leigh a housewife in New Mexico. The last page details that, in Los Angeles, Sandy Galton (one of Buddy's gang) has died a mysterious death when a car burst through the wall of the theater where he was working, instantly killing him.

The final words of the book convey Dennis' horror as he contemplates the possibility that Christine repaired herself and pursued him and now may be working her way east, targeting Leigh and LeBay's brother and sister, saving Dennis for last.

Dennis Guilder and his two friends Chuck and Bemis sit together at the Rockbridge High School library ogling the lovely Leigh Cabot who is studying, deep in thought. The three boys are enthralled by her beauty, but only Dennis has the courage to approach her. Ignoring his current girlfriend, Dennis asks Leigh for a date after the game. Leigh turns him down as she already has a date – the lucky boy being Dennis' friend Arnie. On the game day Dennis is seriously injured when getting distracted by Leigh and Arnie making out next to the field.

Leigh's and Arnie's relationship seems to be ok… but there is just one problem, Arnie's car – an old, rusty classic Red and white 1958 Plymouth Fury that he has bought. As he begins restoring the car he starts to change, both in appearance and demeanor. Arnie calls the car affectionately Christine and spends more time with it than Leigh. And when he is not with Christine all he does is speak about her. Arnie is obsessed with Christine and in time his behavior and personality changes more drastically. Leigh is not happy by this… it's almost like Arnie has been possessed. Unbeknownst to everybody Arnie is being manipulated by the evil spirit that inhabits Christine.

One rainy evening while Leigh and Arnie are on a date at a drive-in movie, Christine's windshield wipers stop working. Arnie steps out to fix the problem leaving Leigh alone in the car. Suffering a food related mishap Leigh begins to choke on a hamburger but Christine locks the doors preventing anybody from helping her. The resourceful Leigh manages to unlock the door and is saved by a man in the car next to them who administers the Heimlich maneuver.

Following this and other strange 'incidents' including mysterious vehicular deaths around town, Leigh breaks up with Arnie.

Leigh and Dennis deduce there is something very wrong with Christine and that the car is controlling Arnie; they conclude that the only way to save Arnie is to destroy the vehicle. They set a trap for Christine at a garage; Dennis waits at the controls of a bulldozer, while Leigh stands ready to close the garage doors and cut off Christine's retreat once it enters.

Unfortunately Christine has been aware of the plan and has set up a trap itself. Christine crashes through the wall trying to kill Leigh. As the car crashed into the wall, Arnie who apparantly was driving the car, is thrown through the windshield and is impaled on a shard of glass.

Dennis and Leigh attack Christine with the bulldozer but the demonic car keeps regenerating itself. Eventually Leigh and Dennis manage to inflict so much damage to the car that it is unable to repair itself. To end the threat for good, Leigh and Dennis take the remains into a junk yard where it is crushed into a cube in a car crusher. Christine has been destroyed! …Or has it?

The film ends as the camera zooms in to the cube and a small piece of the front grille twitches slightly and then the song Bad to the Bone by George Thorogood starts playing.

Leigh is an extremely beautiful high-school student with long brown hair and hazel eyes; she was considered the most beautiful girl in school. She is 178 cm tall and has a slender but fit build.

Leigh is more than eye-candy; she is resourceful, more than capable, steadfast, compassionate, reasonable and above all else intelligent. She is academically focused and not interested to be part of the popular girl clique. 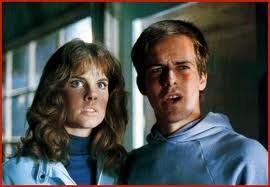 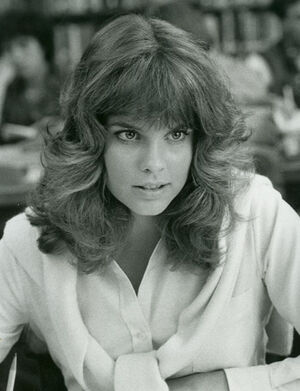 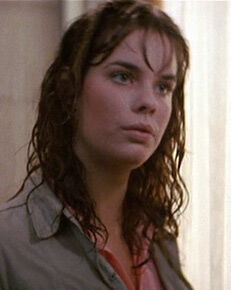 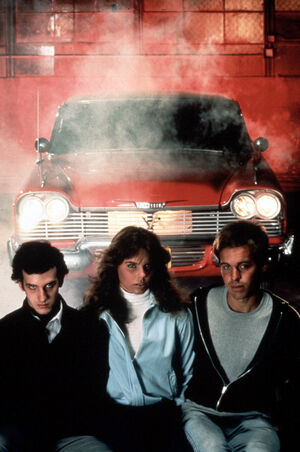 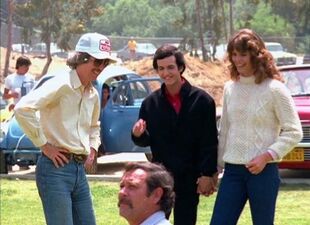 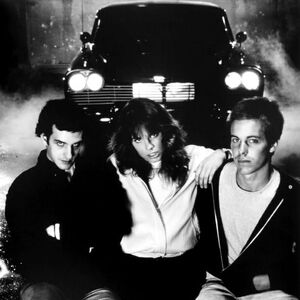 Leigh choking on a hamburger in the car 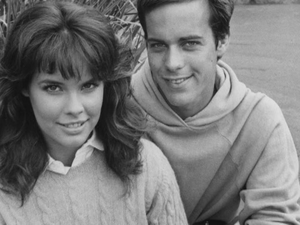