The Lost Princess (by Lex)

Spending time with Kara and her friends

Lena Luthor is one of the tritagonists in CW's 2015 series Supergirl. Lena was supporting character in Supergirl until becoming a villain when she found out her best friend, Kara Danvers lied to her about being Supergirl. However, Lena redeemed herself at the end of the fifth season and made amends with Kara.

Lena is the paternal estranged half-sister of Lex Luthor, daughter of Lionel Luthor, and the estranged adoptive daughter of Lillian Luthor. She is also the ex-girlfriend of the late Jack Spheer and James Olsen, and the best friend of Kara Danvers.

Lena Kieran Luthor was born in Metropolis, 1993 to Lionel Luthor and an unnamed woman, whom he was having an affair with. When Lena was four years old, she witnessed her mother's death by drowning, and froze in terror. After her death, Lena was wracked with guilt over freezing up in the situation, and believed had she intervened or helped her, she would be alive. Following this, she was adopted by the Luthor family without knowing of her parentage, and was welcomed by Lionel and her half-brother, Lex Luthor. Lena became close to her half-brother, and showed her intellect and tactical thinking when she would often beat him in chess as a toddler. Despite being warmly welcomed by them, she had a difficult upbringing with her adoptive mother, Lillian, due to her knowing she was created by an affair.

In the fifth grade, Lena's boyfriend was lured away from her by Cindy Ryan, whom she later humiliated by exposing her diary to the entire school. Lena would grow up regretting her actions, but Lillian was proud of it, seeing that her adoptive daughter had Luthor traits. She later attended Mount Helena Boarding School, and she met and befriended Andrea Rojas in 2004. During this time, she became acquainted with Veronica Sinclair, and also had a boyfriend named Tylor for time (however, he was paid by Lillian to end it). In her youth, Lena spent her time trying to impress Lex with various inventions, and was brought under the wing of Lex's friend, Mercy Graves. Recognizing her brilliance, Mercy encourage Lena in her scientific feats, and taught her fashion, etiquette, and even how to shoot a gun.

Mercy's guidance proved successful, as Lena attended and graduated from M.I.T. at a young age. In 2012, Lena befriended Jack Spheer and the two began a start-up in a garage, and tried to find a cure for cancer and other diseases using nanotechnology. After three years with helping Jack, she fell in love with him and started a romantic relationship. Lena also served as an advocate for LuthorCorp during the time when the business acquired the rights to a company that Samantha Arias worked for, and Lena helped her rise in the company due to being impressed by Samantha's diligence and impeccable concentration.

During her childhood, Lex grew cold, delusional and power hungry, and Lena became concerned over him when Lex started targeting Superman. During this time, Lena was trying to perceive the business and tried to keep herself together due to the Luthor family's controversy. When Mercy left Lex due to his obsession with Superman, she cut personal ties to the Luthor family, leaving Lena feeling hurt. However, Lena came to somewhat agree with Mercy's desire for humans to achieve superhuman capabilities to prevent future wars. After Lex was sentenced to prison in 2016, Lena became the CEO of LuthorCorp and ceased contact with Lillian. She also moved to National City to helm the company, became set in atoning for her brother's crimes, and her relationship with Jack ended. 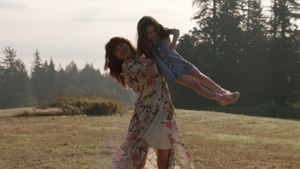 A young Lena with her birth mother. 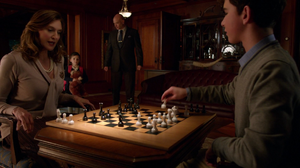 Lena being welcomed into her father's family. 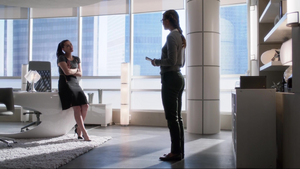 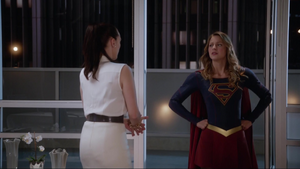 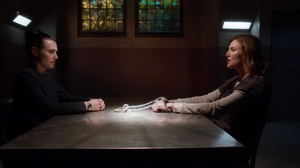 Lena learning the truth of her adoption. 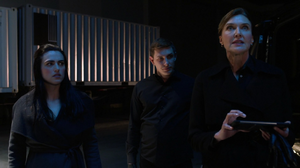 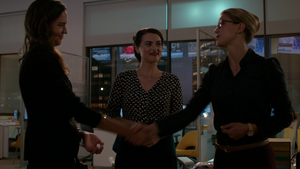 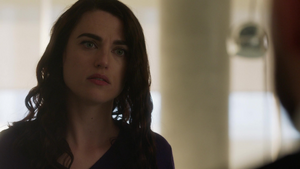 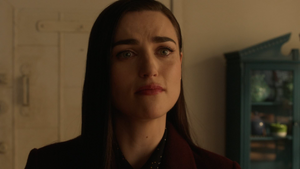 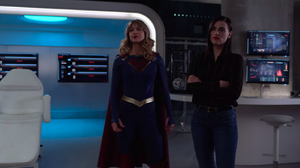 Lena and Kara begin to mend their friendship.
Add a photo to this gallery

Retrieved from "https://hero.fandom.com/wiki/Lena_Luthor?oldid=2056146"
Community content is available under CC-BY-SA unless otherwise noted.