Become a musician (both failed).

Leon Kuwata is a student in Hope's Peak Academy's Class 78th, and a participant of the Killing School Life as well as a minor protagonist-turned-supporting antagonist in Danganronpa: Trigger Happy Havoc. His title is Ultimate Baseball Star. However he stated he wishes to change his title to Ultimate Musician.

He kills Sayaka Maizono in Chapter 1 and and he was sentenced to be executed by Monokuma. Unwilling to accept his sentence, Leon begged Monokuma not to kill him, and tried to justify his actions as self-defence. However, Celestia Ludenberg pointed out that Leon could have returned to his room and stayed there after Sayaka shut herself in the bathroom, but instead he actively chose to return to Sayaka's room with his tool kit in order to attack her.

Leon is executed by being pummelled to death by baseballs shot out of a pitching machine in an execution called The 1,000 Blows.

Leon had dyed red spiked hair, a goatee, and pale blue eyes. He wears a white blazer jacket with a popped collar, a white shirt with a red grunge skull design, dark blue jeans and white platform shoes with a black sole. He accessorizes with a padlocked chain necklace, two overlapping studded belts, rings, and an oversized safety pin on his lapel. He has several piercings - his labret, his tongue, and six in his right ear.

When he was practicing baseball, he wore a standard baseball jersey with his number, 18, and his family name, Kuwata, on the back. He had a shaved hairstyle, which is "traditional" according to him.

Leon was a passionate and hot-blooded boy. He often slacks off from studying and baseball practice; however, his baseball skills were never diminished due to his status as Ultimate Baseball Star. Leon is also very determined to change his current title to Ultimate Musician. In Leon's Free Time sequence, the reason for that determination is revealed: to win a heart of a girl that he happened to meet at the hair salon. Later, Leon himself states that he somewhat missed playing baseball; something that he used to do every day since he was young. He even invited Makoto to play baseball with him once they get out of their current situation.

During the main story, Leon is shown to be easily intimidated and agitated, such as when Makoto spends time with him for the first time and he thinks it's a trap to kill him, or during the first class trial when he asks and finds out who Sakura Ogami is. When he becomes nervous or intimidated, Leon tends to smile awkwardly, often the right corner of his mouth stretching farther.

In the official artbook, Leon is described as an optimist who wants to get better at everything he does. He is also mentioned to be a player, and he had a new girl with him every few days. He is always flirting with girls and he's single-mindedly focused on studying "the secret of success with the ladies". He's also mentioned to be into pure-hearted girls.

In School Mode, Leon is portrayed as easily offended; for example, when asked how he managed to style his hair, he immediately becomes annoyed, automatically accusing Makoto of making fun of it and saying he should shave his hair like his baseball team made him do. He also can come off as impatient and agitated at times, like instantly becoming angry and snapping at Makoto for not knowing what to talk about. School Mode also shows that whenever he's upset or depressed, Leon likes to take naps. 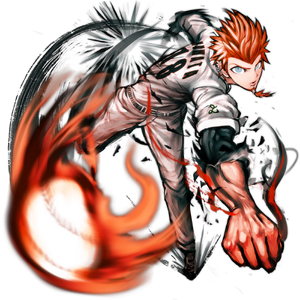 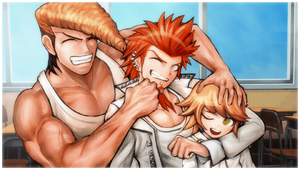 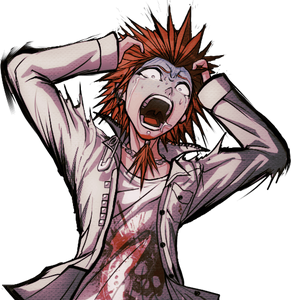 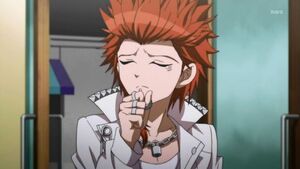 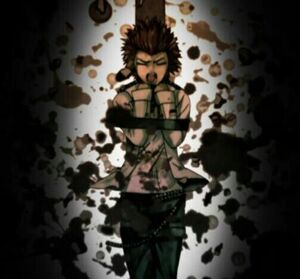