Overthrow the Empire (succeeded at the expense of her own life)

Leone is the tritagonist in the manga/anime series Akame ga Kill! as well as one of the older members of the assassination group, Night Raid. She excelled at gathering information and exercising calm judgement when necessary. Leone is often the one who's seen confirming the validity of the targets in which Night Raid is assigned to assassinate.

Leone was a tall woman with short blonde hair, with two tufts hanging from the back of the head, and yellow eyes, she wears a black tube top and shorts with a detchatable sleeves, an overall revealing outfit. As she transforms into her half-beast form, her hair grows longer and develops cat-like ears and paws. When she fused with Lionel. She gains a more beast-like appearance.

Leone was a very relaxed, sarcastic and cheerful woman, and tends to display a lack of ladylike manners, such as shoving Tatsumi into her breasts, putting her feet on the table, or consuming large amounts of Sake. She served as a sort of big sister figure to Tatsumi and younger members in Night Raid, often referring to herself as "Onee-san" or "Big Sis". Despite the morally dodgy nature that she sometimes displayed, Leone was not one to tolerate injustice, and could be especially vicious to those who committed the most vile of acts. She also enjoyed fighting her enemies a lot, as said by Najenda who told her that she needed to change that habit.

Leone was born and raised into a poor family in the slums of the Capital where she had worked in a massage parlor since she was a little girl, at some point in her childhood, her parents died. She was apparently scouted by the Revolutionary Army after saving some orphan children from a group nobles who were abusing them for sport. She was the first member of Night Raid to meet Tatsumi in the beginning of the story, offering to get him into the Imperial Army in exchange for a favor. Taking advantage of his naivety at the outset, she tricks him into treating her to dinner and drinks, and then swindles him out of his money. Later, she reappears and is revealed to be a member of Night Raid. After the confrontation at Aria's mansion is concluded, she recognizes Tatsumi's skills and tells him from now on he'll be a member of Night Raid, serving as a way of paying him back for her earlier conning. Still devastated over the loss his beloved childhood friends Sayo and Ieyasu, Leone shows up to cheer him up and to find out if he thought about joining them, but Tatsumi was still hesitant about accepting her offer. She shows him around the hide-out and introduces him to the other members of Night Raid: Sheele, Mine, Bulat, Lubbock, Akame and Najenda. When she meets Najenda, she tells her that she wants to recommend him as a new member of their team. Najenda asked if he showed promise, which Leone affirms. When Tatsumi was given a choice to become part of Night Raid, he wrongly states they are assassins of justice, which caused them to laugh at him. He asked what was so funny and Leone replied "Tatsumi... No matter how you dress it up, what we're doing is murder." When they were under attack, Leone stated that her Teigu gives her superhuman strength to beat her enemies to death.

She is placed with Tatsumi and sent to the Capital to complete their mission. He realizes that she is very popular in her home distract. The two were separated when a gang of men that she had also swindled out of their money came after her, but reunited on time to start their assignment. They enter the targeted building and witness a gang kill a drugged prostitute, a girl who Leone knew from the streets. Together, they eliminated the gangsters in the building. When they finished their mission, Tatsumi asked her what will happen to those girls, she replies that it isn't their problem, but then tells him there is a doctor in the slums who will look after them if she asks him to. Tatsumi notes her kindness with a smile and then she "marks him" as hers by licking his ear.

They are once again sent on another mission. Their target was the Kobore Brothers under the orders of the Revolutionary Army HQ. The two complete their mission, slaughtering the brothers, and as they leave, Tatsumi hears a child's voice calling for his father, who was one of the brothers. Angry at himself, Tatsumi leaves as fast as he could. The next morning, Tatsumi attempts to clean his bloodstained sword while thinking about how the boy only saw the Kobore brother as a good father, instead of the villain that he was. Leone shows up and tells him that he could scrub the sword for his entire life, but the stain will never fade. While she tries to cheer him up and tell him that she was worried about him because he is too kind, he asks her where she got her teigu and why she fights the Empire. She replies she got her Teigu from a merchant for a good deal who didn't realize how good of a fine object he had on him and she takes great joy in killing people who abuse their power on the weak and helpless. While he finds that her reason gives him strength, he is still troubled. She also told him yet again that moping around isn't going to bring back the person you lost.

Later, she is assigned the task of spying on the Imperial general, Esdeath. Leone hides in the air vents above the room Esdeath was resting in, planning to kill her if the chance arises, but is scared off by a particularly violent display of killing intent from the general, who noticed the presence of someone hidden nearby.

During the attack on Night Raid's hideout by Team Stylish, she is hit in the face with a throwing dagger and presumed dead, only later to show up and kill the Stylish-minion who threw it with a single blow, revealing that her Teigu increases her natural regeneration.

After Night Raid's fight with Stylish, Leone and Tatsumi fought a group of Danger Beasts together. While they were fighting, she was surprised and impressed by Tatsumi being able to use "Neuntote", Incursio's special move, Leone also stated that Tatsumi is coming closer and closer to Bulat. Leone displays that her Teigu also increases her sight and speed as well, She was able to beat the strongest Danger Beast in their area without having a single injury.

During the fight with Bols, Kurome, and Wave, Kurome cuts off Leone's left arm. Leone uses her regeneration powers to stop the bleeding, but comments that Lubbock would have to come and sew it back together.

After an intense escape to break Tatsumi out of execution, she, along with the last remaining Nght Raid members took out the remaining members of Wild Hunt. She was later assigned to back Akame up in taking out the numbers of the assassination squad of the Empire.

Even without her teigu, Lionelle. Leone is shown (in the anime) that she is strong enough to actually bash the skull of Honest, while withstanding 6 to 8 bullets shot directly at her adobmen which to several hours for her to die from her wounds. She was also an expert in swindling, as seen as how she swindled Tatsumi and numerous other characters.

She wielded a teigu named "Lionel" which gave her beast like abilities such as the following: 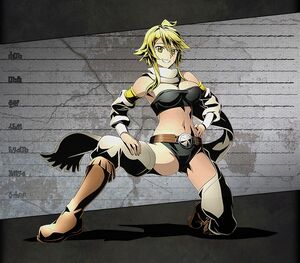 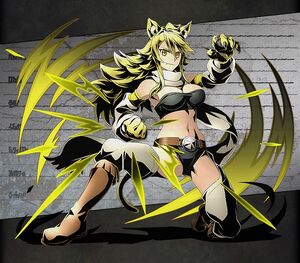 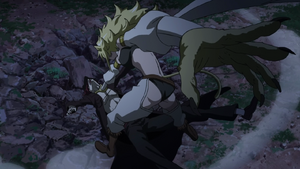 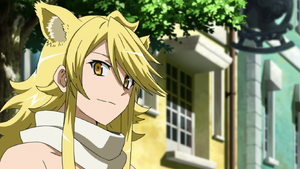 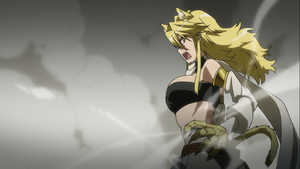 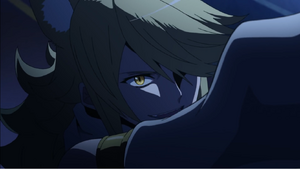 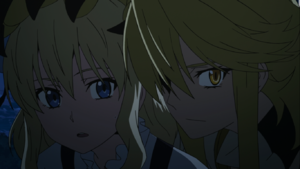 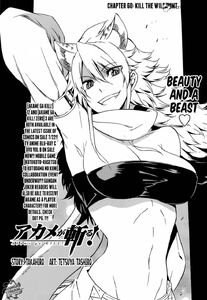 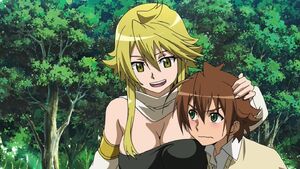 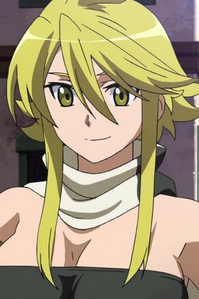 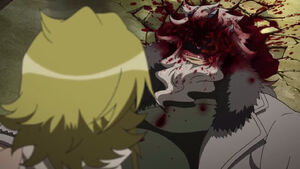 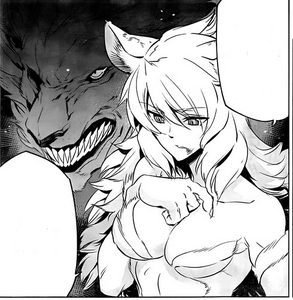 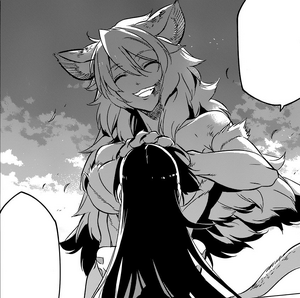 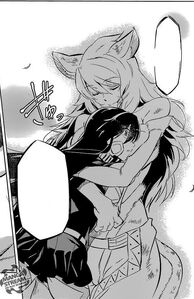 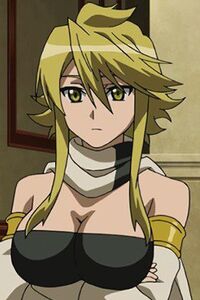 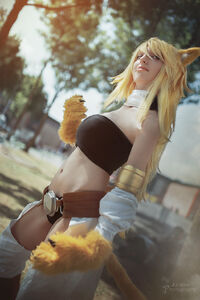