Drinking tea while trying (and failing) to rest.
Chatting with his old friends (most of them now are dead).
Hanging out/messing with Hange Zoe.

Survive in the streets with criminal life.
Kill Erwin Smith and recover incriminating documents for Nicholas Lovof (both formerly).
Protect humanity from the Titans (succeeded).
Follow Erwin in everything (formerly).
Keep doing his duty as a soldier.
Kill Zeke in Erwin's name (succeeded).
Protect Paradis from the rest of the world, especially Marley.
Defeat Marley (both abandoned).
Stop the Rumbling (succeeded).

Levi Ackerman is the tritagonist of the Attack on Titan anime/manga series. He is a captain in the Survey Corps, known to be the strongest soldier alive. He has a harsh and unsocial personality, but is well-regarded by his subordinates and he cares about their lives.

Levi has straight black hair. He has a pair of sharp blue eyes that look intimidating. Although his body is rather short, it's lean and well-trained. His face always looks not interested in anything, but he keeps many things in his mind.

Levi is admired and considered a hero by the people inside the walls for being the strongest soldier of humanity.

When confronting his enemies, he can be extremely brutal and merciless towards them. At times, especially when someone he cares about is harmed, his rage can consume him and cloud his judgment, turning him into a "monster" that will pursue his target in a single-minded desire to eliminate it and take revenge.

Additionally, Levi is known to be a "clean-freak" man, as he tends to want stuff to be spotlessly clean. Moreover, he is often blunt and unapproachable and he has a strong respect for structure and discipline. This makes him uneasy to be around. However, Levi is still a kind individual who risks his life to save others and serve Paradis to protect the Eldians within the walls from all enemies.

When Eren gets out of his Titan body and is surrounded by titans, Levi comes back from his tour and rescues the group from them. Later on, after Eren wakes up in a cell, Levi insures him that the higher-ups will let him join the Scouting Legion and that he will make sure Eren doesn't get out of hand. During the trial, after Eren gets out of hand with his words, he assaults Eren, much to Mikasa's anger, as he teaches him his place. This was just an act to get the people to think that Levi can keep Eren down and that the police force cannot, assuring them that the Scouting Legion will take care of him.

Levi is excellent at using the 3D Maneuver Gear, to a point that everyone says he is the best at it. He is also said to be as valuable as an entire brigade, far outweighing all of the other soldiers. He is said to have been extremely strong even before joining the Scouting Legion.

He has shown the capability of incapacitating Annie Leonhardt in her Titan form (A 15 meter deviant type), something which whole squads and even Eren in his Titan form couldn't accomplish.

Levi Ackerman is a family member of the Ackerman clan which is a family tree of people who were experimented with titan science to become superhuman beings to serve the Eldian Empire. This experimentation enhanced all of their physical abilities beyond what a normal human being is capable of. Since Levi is a part of this clan, he possesses abilities superior to that of other humans. His Ackerman power is what he calls "knowing exactly what do" which means that this power also grants him the ability to think and form plans and strategies with keen judgement in difficult situations without messing up. This power only awakens when the host is in danger. The reason why Levi is so strong, fast and agile in combat against anything is because his Ackerman power awakens in that particular moment enabling him to do whatever it takes to win. 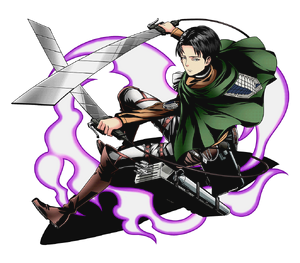 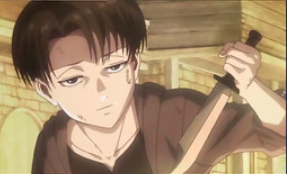 Levi as a child 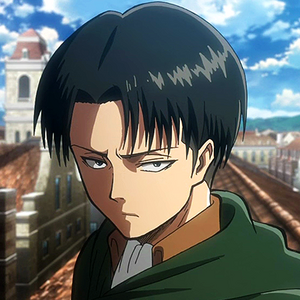 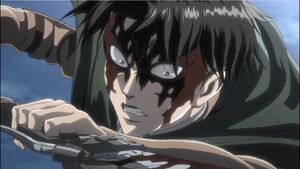 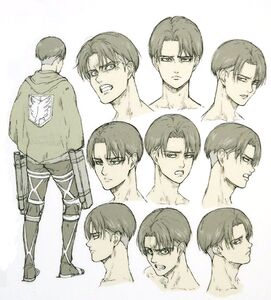 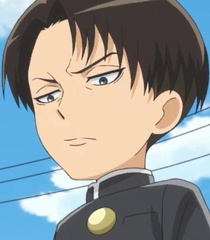 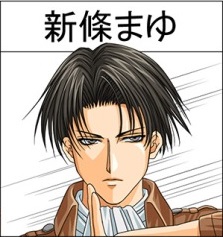 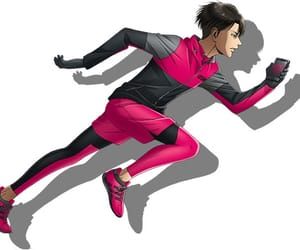 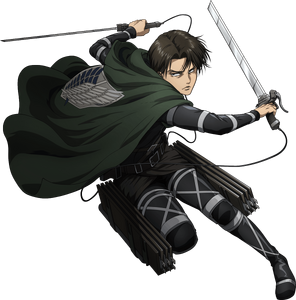 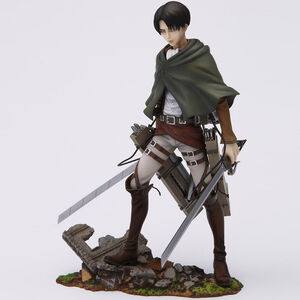 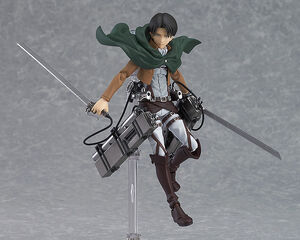 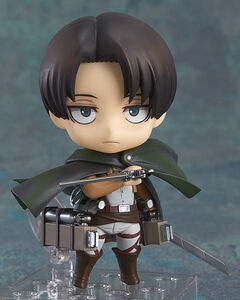 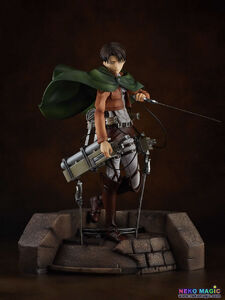 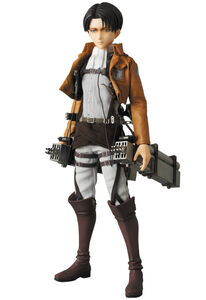 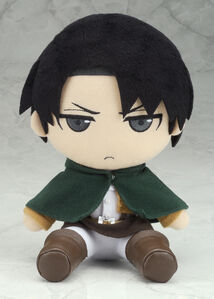 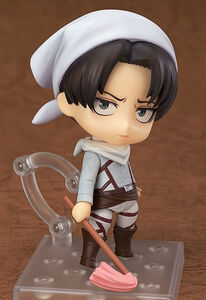 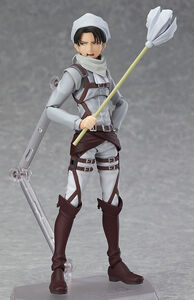 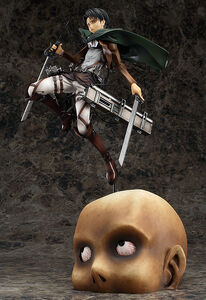 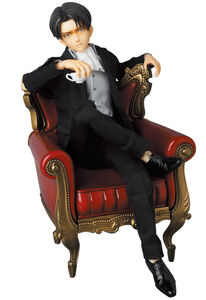 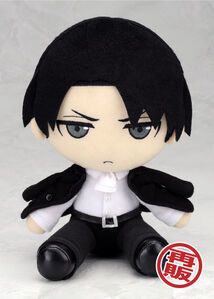 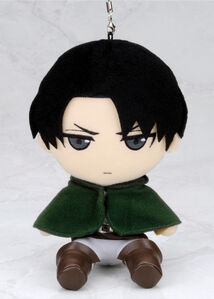