Spend time with her brother Tim and grandfather John Hammond.

Escape the Velociraptors and the disastrous Jurassic Park (both succeeded).

Alexis "Lex" Murphy is a major character in Jurassic Park and a minor character in The Lost World: Jurassic Park. She is the granddaughter of John Hammond and the older sister of Tim Murphy who accompanied the team on the tour because her parents were getting a divorce.

She was portrayed by Ariana Richards.

Alexis Murphy is first seen in the novel coming out of a helicopter with her brother, Tim Murphy. Grant guessed she was no older than eight years old. Donald Gennaro expressed his outrage that John Hammond would allow children on the test tour. Regardless, the children tagged along. Lex accompanied her brother and Ed Regis in the first car as they began the tour. She quickly became bored watching the dinosaurs do nothing and was glad to hear they were going back.

She is portrayed as an extremely whiny, irritating, unpleasant little girl with a love of sports. She hates dinosaurs and teases Tim about his fascination for them in the same way that their father does. Due to all of this, she nearly got herself and others killed yet displayed no change in character.

Unfortunately, Dennis Nedry took the opportunity to cut the power off and the T. rex seized that opportunity to break through the fence. Lex and Tim stayed in the car as the dinosaur picked it up. Lex fell out of the car and was knocked unconscious. Lex awoke in the middle on an empty road to find Alan Grant at the edge. They eventually found Tim and Ed Regis, but Regis was killed before they could do anything about it.

The three began to walk through the park, trying to trip the motion detectors. The three spent the night in a storage room where Lex befriended a juvenile Triceratops. The group eventually found a raft and managed to out-paddle the T. rex. The group follows the river back to the main entrance and finally, after one final encounter with the T. rex, made it back to safety.

Alan Grant put the two kids in the cafeteria while he worked with the other adults. The kitchen was ambushed by a single Velociraptor that the siblings managed to trap inside a meat locker. Knowing that there was nowhere safe, they began to help and were met up with Grant and Gennaro as they finished off the raptors.

The building was finally safe as they returned to the Control Room and managed to call for help. Lex and her brother were picked up by one of the helicopters before the island was bombed. Lex appeared playing in the hotel pool with her brother while Dr. Marty Guitierrez explained that the children would be allowed to go home, but the rest would be staying in Costa Rica indefinitely.

Lex is not mentioned by name in the sequel book The Lost World but it is stated that she is in prep school.

In the movie, the roles of Tim and Lex were more or less reversed; Lex was now the older sibling, and she was given Tim's skills as a hacker. Nevertheless, Tim became the younger sibling, but still kept his fascination for dinosaurs. She is distinguished by a tank top decorated with multicolored spiral shapes and trousers and a blue baseball cap. She is portrayed by Ariana Richards, who was 13 years old at that time.

She along with Tim is first seen when they happily greet their grandfather as he brings the other guests down to take the tour car from the park. Outside, she becomes fascinated at the interface the car had for the tourists.

She is shown to be rather indifferent towards the dinosaurs which eventually turns into a dislike and fear of them due to her and Tim's encounter with the T. rex. She is considered to be easily intimidated and does not enjoy being very close to dinosaurs unlike her brother.

Lex has very good computer skills and is a proficient computer hacker. She was able to get Jurassic Park back online and the phones and the locks working again. She is initially shown to be optimistic and enthusiastic at the beginning of the first film and has an understandably juvenile personality. Though liked by Dr. Sattler she is shown to be disliked by Dr. Grant whom she is ironically shown to have a crush on, but Grant later learned to like her and she was shown resting on his shoulder in the helicopter back home.

In the sequel, after the events on the island it is assumed that she went back to live with her and Tim's mother who is presumed to have custody over the children from her failed marriage.

She and Tim briefly meet Ian Malcolm as he comes to visit John Hammond in New York. She along with Tim are also shown to be concerned with how their grandfather's doing. She does not appear again throughout the rest of the film and doesn't appear or mentioned in the third or fouth movie.

Lex and her brother, now adults, are two of the primary characters in the comic book series Jurassic Park: Redemption. Lex's vegetarianism from the first film is extrapolated. Lex is now the CEO of LexxCrop, a company that produces organic crops. 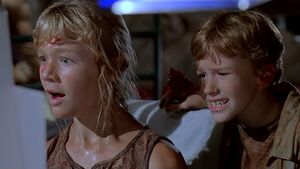 Lex and her brother 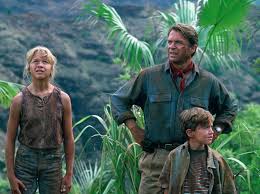 Lex with Tim and Dr. Grant 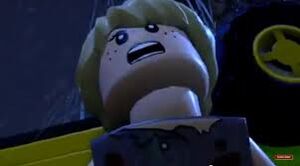 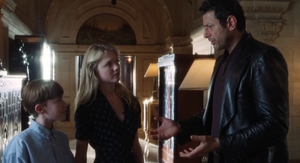