To save the world from villains

Lexi Bunny is a main character and the tritagonist in Loonatics Unleashed. She is the descendant of Lola Bunny. She has inherited Lola's athletic skills, as Lola plays basketball and tennis. Lexi also does gymnastics and cheerleading.

She is voiced by Jessica DiCicco, best known for voicing Malina from The Emperor's New School, Selina from Winx Club, Lynn Loud Jr. and Lucy Loud from The Loud House, Hanazuki from Hanazuki, Star Sapphire from DC Super Hero Girls and Maggie Pesky from The Buzz on Maggie.

Lexi has super hearing skills which she could use to listen on secret conversations several miles away. Likewise, she can shoot powerful energy blasts from her head at various shapes and/or intensities, either projected, used as a part of melee attacks, etc., from huge rays of pure energy. Finally, Lexi can manipulate Plant life, as she can mentally create chosen plants and cause them to grow, move, and attack her adversaries.

In her civilian life, she is quite skilled at acrobatics and video games. 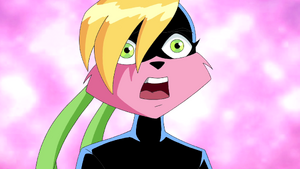 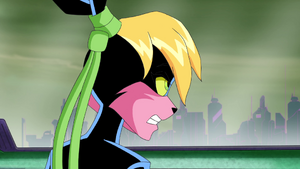 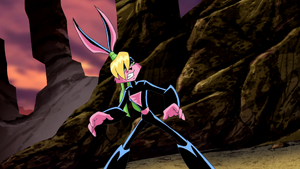 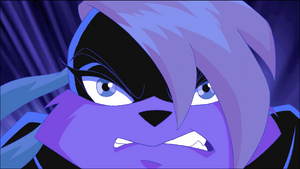 Add a photo to this gallery
Retrieved from "https://hero.fandom.com/wiki/Lexi_Bunny?oldid=2139677"
Community content is available under CC-BY-SA unless otherwise noted.