The Sexy Avenger of the Shadows

Lien Neville is one of the major characters in KOF: Maximum Impact series, part of The King of Fighters video game series. She is an assassin and the rival of Mai Shiranui.

Since she has the capacity to remember, Lien has had special training and has been educated to be a professional killer. The organization to which he belonged was destroyed by the largest union in the underworld (Addes), losing many of his comrades. Having vowed to fight Addes to death, Lien wanted to get inside the cartel. At first, she had the goal of eliminating Duke, the gang leader Mephistopheles (a subordinate Mafia of Addes). But in an ironic twist of fate, Lien discovered that she was hired by the man who was her goal to eliminate, who understood the value of her abilities.

Usually used by Duke to enter the sanctuary and headquarters of Addes. In fact, she is the one who killed Fate, the mentor of Alba and Soiree Meira by order of Duke (which is why, both wish to eliminate her as well). In the first KOF Maximum Impact, she discovered that Duke was the one who murdered her parents. After Duke was defeated by Alba Meira, Lien will go after him. Some time later, she receives from Nagase the invitation to the second KOF MI tournament (also called KOF 2006). But in the tournament, she was defeated by Duke, who spared her life. Seeing this, she decides to follow Duke, and discovers that Jivatma was actually the one who ordered the murder of his parents (apparently Duke did it against his will), because they did not accept to join Kusiel, the sub-union that he commanded and one more than the subordinates of Addes.

However, Duke saved his life by receiving an attack from Jivatma that was aimed at her. After Jivatma is defeated by Alba Meira and Soiree is kidnapped, Lien decides to continue with Duke, to be able to investigate further into Addes and thus complete her revenge. But later on, Duke actually takes some affection from Lien because he says she reminds him so much of his deceased sister. 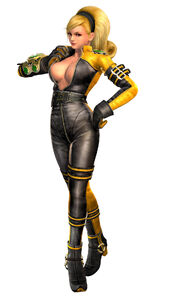 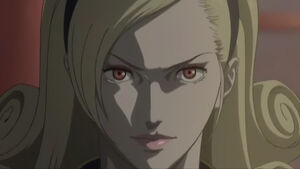 Lien in KOF: Another Day. 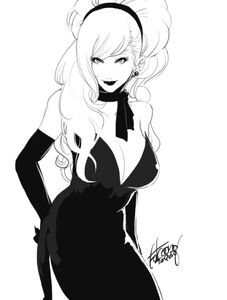 Retrieved from "https://hero.fandom.com/wiki/Lien_Neville?oldid=1702492"
Community content is available under CC-BY-SA unless otherwise noted.