Digimon
Lilamon is one of the heroes in Digimon Data Squad. Her known attack is Lila Shower where she fires pink beams from her petal fingers. She is the Ultimate form of Sunflowmon and can Digivolve into Rosemon.

She is voiced by Dorothy Elias-Fahn in the English Version.

She resembles a fairy, lilac flower young girl with green hair and flower-shaped hands and feet.

She wears a giant pink lilac on her back and a lilac-shaped hat.

Lalamon faces off against Mammothmon, not losing her fighting spirit. Yoshi swirls in despair until Lalamon sings a song to tame the beast that triggers an old memory from Yoshi's childhood of the time she and Lalamon met. Having restored faith in herself, Yoshi calls out her own DNA Charge to digivolve Lalamon to her Ultimate form, Lilamon. 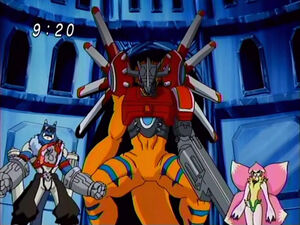 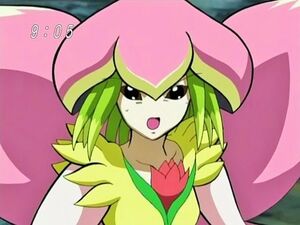 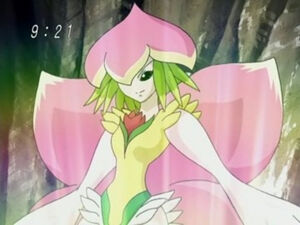 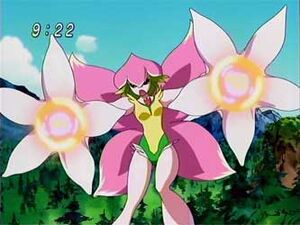 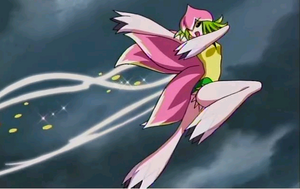 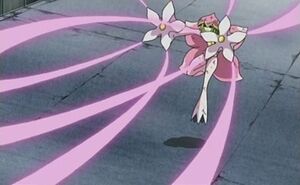 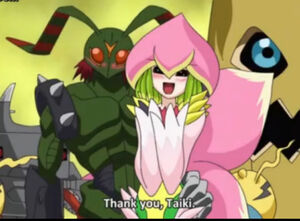