Morrilith/Liligan (name given by the players and fans in Marvel vs. Capcom: Clash of Super Heroes)

Jedah's servant (though she doesn't know)

To find and protect her true body

Lilith Aensland is a character from Darkstalkers and is the younger sister of Morrigan Aensland. She is just like her sister, but she was originally a villain, later, anti-heroine of the series and was merged with Morrigan.

A young cheerful succubus, she is cute and adorable, but deadly underneath.

She is not a pure evil villain and was manipulated by a demon called Jedah into doing his commands. His plan was for her to fuse with her sister, so he could defeat them both and become more powerful.

However, Lilith knew he was lying to her and only agreed to meet her sister. When she fought against Jedah, he mortally wounded her and left her to die.

After Jedah was killed, she was saved when Morrigan fused with her, allowing her to continue her existence with her.

She has been voiced by Hiroko Konishi in the Darkstalkers series, and Miyuki Sawashiro in Onimusha Soul.

In Cross Edge, she was voiced by former voice actress Yuka Imai in the Japanese version, and by Stephanie Sheh in the English version, the former who also voiced the character in Namco X Capcom.

Similar to her sister, Lilith sports a red and blue suit with red and teal wings, red shoes, and lavender-lilac hair.

Role in the Vs. series

In the Vs. series, Lilith appears in Morrigan's intro appearance and in her Silhouette Blade attack. She is also a secret playable character and is an alternate palette of Morrigan in the first MvC game. She mind-swaps with Morrigan, where she is constantly called Morrilith or Liligan by the fans playing the game.

In Marvel vs. Capcom 3: Fate of Two Worlds and its update, Ultimate Marvel vs. Capcom 3, a shadowy figure of Lilith appears in Morrigan's Shadow Servant Hyper Combo, same to Silhouette Blade, except Morrigan summons her own wings rather than Lilith herself.

She also appears as Morrigan's fifth alternate color in Ultimate Marvel vs. Capcom 3, where she has a similar fighting role in the game and also makes a cameo appearance in Morrigan's ending.

In Tastunoko vs. Capcom: Ultimate All-Stars, Lilith appears in Morrigan's Darkness Illusion Hyper Combo, mimicking her infinite supply of punches and kicks before kicking the opponent to the ground in the finale. 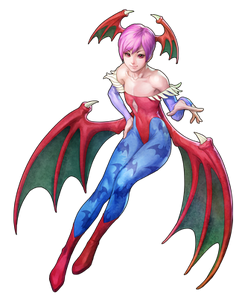 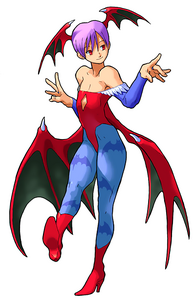 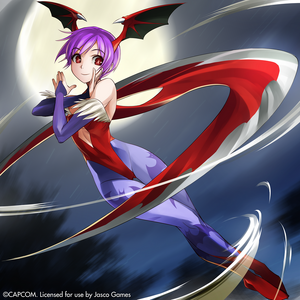 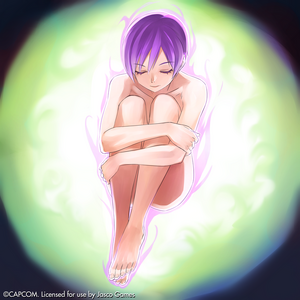 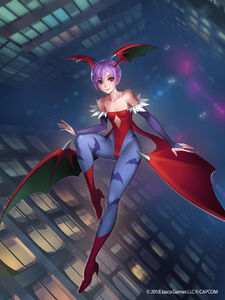 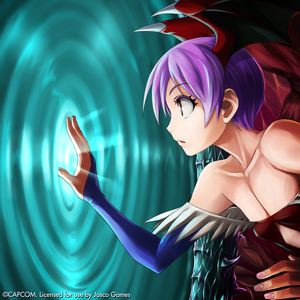 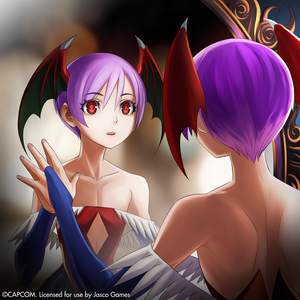 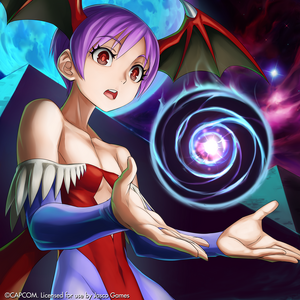 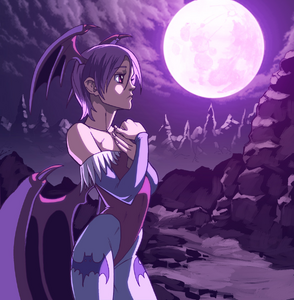 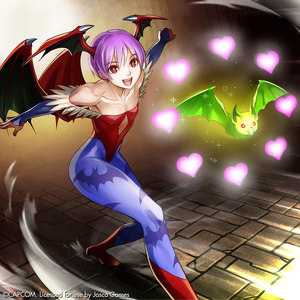