To get married with Garth (succeeded)

Lilly is the tritagonist of Alpha and Omega. She is the younger sister of Kate and the love interest of Garth. While Garth and Kate were initially supposed to marry to bring the two wolf packs together, Lilly and Garth ultimately fall in love with each other.

In the first film, she is voiced by Christina Ricci, who also portrayed Wednesday Addams in The Addams Family, Kathleen "Kat" Harvey in Casper, Katrina Van Tassel in Sleepy Hollow, Vexy in The Smurfs 2, and Trixie in Speed Racer. In the rest of sequels, she is voiced by Kate Higgins, who also voices Kate, Stinky, Sakura Haruno in Naruto series, Gatomon, Meicoomon in Digimon Adventure tri., Mimi Tachikawa in Digimon Adventure: Last Evolution Kizuna , Miki Kurosaki in Digimon Data Squad, Karin Kurosaki, Retsu Unohana, Nanao Ise in Bleach, C.C. in Code Geass, Toph Beifong as adult in The Legend of Korra, Angel in Stitch!, Frankie Stein in Monster High and Sailor Mercury in Sailor Moon.

She has white fur with purple eyes.

Lilly is a friendly, fun-loving wolf and has a totally opposite personality from her sister, Kate. She doesn't have very much self confidence, until she meets Garth.

Unlike her sister, Lilly isn't so shallow as to instantly dismiss someone just because of bad howling. She takes an immediate liking to Garth when first she sees him, and wants to get to know him, offering to show him around her pack's territory. During their time together, she wins him over with her turtle impressions, and Garth tries to teach her some of his alpha moves.

When she shies after a little mishap, Garth pushes back her hair and compliment her eyes, leading her to start wearing her fur back, and start being a little more confident. She then helps Garth improve his howl and they howl together, realizing they're in love.

Lilly tearfully attends the wedding between Kate and Garth but is overjoyed when Garth proudly admits he fell in love with her.

While Lilly isn't as outgoing as the other omegas, she still has a sense of humor and likes to have fun in her own ways. 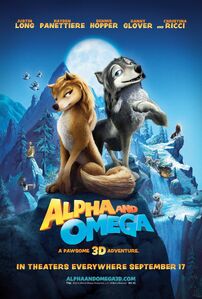 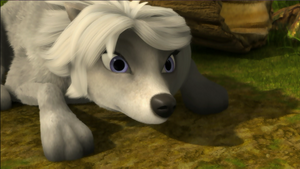 The first time we see Lilly with her fur back 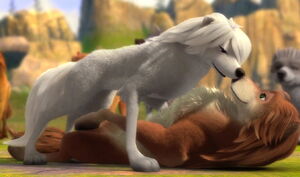 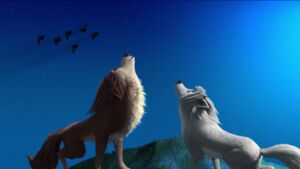 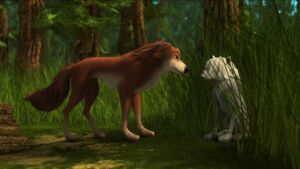 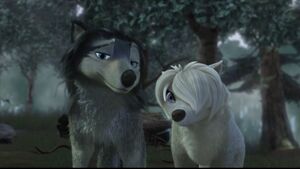 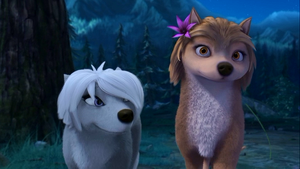 Lilly with her Sister Kate 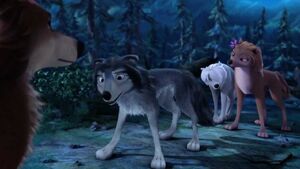 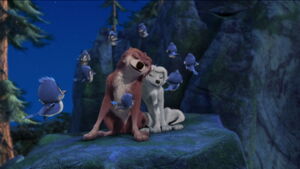 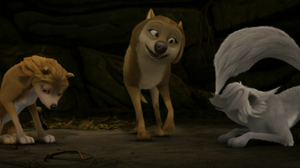 Lilly playing with her Tail 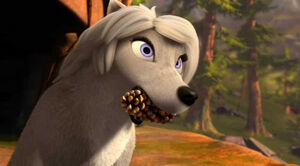