Be with Terry (formerly).

Tragic Heroine
Lily McGuire is one of the major protagonists in the 1992 anime, Fatal Fury: Legend of the Hungry Wolf. She is Terry Bogard's first love interest. She is 29 years old.

Lily McGuire was Terry Bogard's first love, (she was introduced before Blue Mary). She was an orphan in the streets of South Town, but Geese Howard took her under his wing. She would work for him without hesitating, although she didn't like him. One day, Geese told her to sell flowers to a man named Jeff Bogard (to create a diversion, so his men could attack him). That was the day when Geese killed Jeff in front of his sons.

Years later, Geese Howard was hosting a King of Fighters tournament and Terry, Andy and Joe were entering. Terry entered a bar without knowing that it was being run by Geese; Lily was there, apparently drunk and teasing the men via telling them to catch a rose that belonged to her. Terry remembered her and caught the rose. He flirted with her a little bit, but that started a fight between him and the other men. A while later, Terry finds her in the streets, talking to a group of street children that she had apparently befriended a while ago; they openly recognize each other, and then speak about their lives.

During the tournament, Geese ordered her to give Terry poisoned wine, but she couldn't do that to him; she then broke down crying and explained the plan to Terry, who promised her he would save her from Geese's hands. During the semi-finals between Terry and Andy, the lights went out and a sniper attempted to kill Terry, but Joe saved him. Lily then, tried to show them the exit, but Geese appeared in front of her and killed her with a Reppuken blast, which not only injured her gravely but threw her off the nearby window. The unfortunate Lily perished in Terry's arms.

At first sight Lily seemed to be a coquettish, flirty, cheerful girl with a taste for hard drinks, but behind that facade there was a badly love-starved and neglected young woman who only knew sorrow with her life with Geese. Her only real solace before finding Terry, was caring for the street children of the city whom she gave food and money, apparently seeing herself in them. She found true happiness in meeting Terry again, who gave her back the hope to start all over; in her last moments, she thanks him for being kind to her despite their tragic shared past. 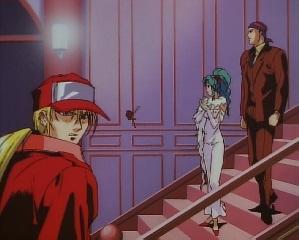 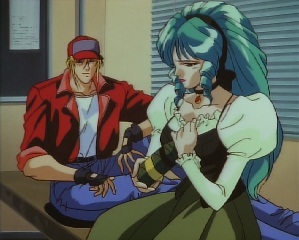 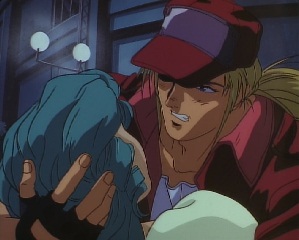 Lily in Pao Pao Café Mexico (KOF'94).
Add a photo to this gallery

Retrieved from "https://hero.fandom.com/wiki/Lily_McGuire?oldid=2005409"
Community content is available under CC-BY-SA unless otherwise noted.