Lin is a character in Saints Row and a lieutenant in the 3rd Street Saints.

A 25-year-old female of Asian descent, she has a somewhat cold personality, at one point showing little compassion towards killing two Westside Rollerz she had just been conversing with, and also throwing a man's lighter across the room after he offers to light her cigarette.

Julius asks Lin to go undercover with the Westside Rollerz in an attempt to learn more about them and take them down from the inside - much of the information she learns within the Rollerz she relays to the Playa, and together they use it to foil the Rollerz' plans.

Unsatisfied with her role, and in an attempt to infiltrate the Rollerz further, Lin pursues a relationship with Donnie, a mechanic and best friend of gang leader Joseph Price. She continues to deceive the Rollerz by working with the Playa, and these ill-fated attempts ultimately lead to her death when Price's uncle and financier,

William Sharp, concludes that she has been betraying the Rollerz, and has her killed. Lin is the first of four allies to die in the Saints Row series. 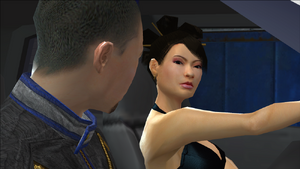 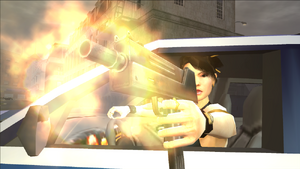 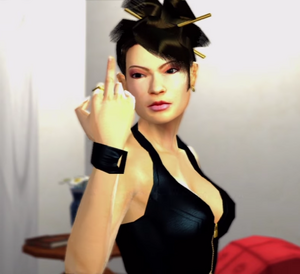 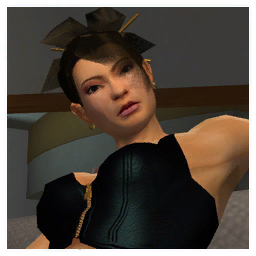 This article contains content derived from the "Lin" article on the Saints Row Wiki, licensed under CC-BY-SA.