Lin Kuei is a faction from the Mortal Kombat fighting game series.

Lin Kuei is loosely based on the ancient Chinese clan of the same name, just like the infamous Black Dragon Society of Japan (Kokuryūkai) was used in the Black Dragon of Kano. They have become one of the most famous and famous factions in the real world, and have played an important role in the history of the series. Although it has gradually changed from an evil force to a friendly force, it is always very concealed. For gamers, its history has been intertwined with the adventures of the Sub-Zero brothers. Lin Kuei bans friendship because they think it is a defect of a warrior and therefore only give the group trust. But wanting to leave the team is equivalent to treason and can be sentenced to death.

In the most parts of northern Asia, there is a secret clan of Lin Kuei's assassin and thieves. This group has existed for centuries and has thrived for the maliciousness of the people who pay for them. Its warriors were chosen at birth, separated from the daily civilization, and deprived of their previous lives. Only the clan knows their existence. Each of them has certain skills and abilities that distinguish them from ordinary people. These abilities are passed down from generation to generation and run through the life experience. Some Lin Kuei warriors have supernatural abilities, including those who interact with nature.

They have smaller Assassin tribe competitors in the icy land of Arctika, known as the Tengu clan and Snow Ninja. 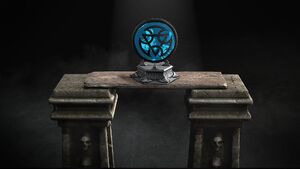