Lin Yuan Guo is a heroine featured in The Mummy: Tomb of the Dragon Emperor.

The Mummy: Tomb of the Dragon Emperor

Lin is the daughter of an ancient Chinese sorceress and China's top general. Born an immortal like her mother, she kept an eye on the remains of the dreaded Dragon Emperor Han, making sure the treasures were safe.

When Rick O'Connell, his wife Evelyn, and their son Alex arrive in China to study the treasures, Lin is willing to keep him and his family away from the emperor's tomb. Suddenly, the Dragon Emperor comes back to life and Lin tries to kill him, with little luck. She develops a strong liking for Alex and they fall in love. Just then, Emperor Han kidnaps her and holds her hostage in the spot where he was buried, but Alex rescues the maiden. After a fierce battle, Lin and the O'Connell family, with her mother, defeat the evil emperor. 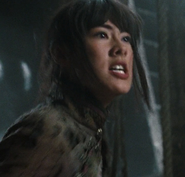 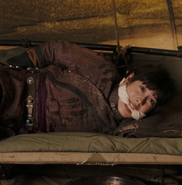 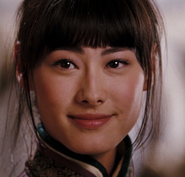 Add a photo to this gallery
Retrieved from "https://hero.fandom.com/wiki/Lin_Yuan_Guo?oldid=1699961"
Community content is available under CC-BY-SA unless otherwise noted.