Ling Jouyan is one of the main characters from Legend of the Dragon and is Ang's twin sister. Ling is fifteen years old. She is highly accomplished in martial arts and knowledgeable of the ancient philosophies of the Golden Dragon. Ling has always thought that, since she was the better fighter, she would be the next Golden Dragon. When Ang is selected, she is left filled with hatred, depression, anger and humiliation.

After leaving the Dragon Dojo, Ling is approached by the Zodiac Master, who asks her to join him with the promise that he will make her a Dragon. Ling agrees and becomes the Shadow Dragon. Her first attack on Ang fails, as he defeats her with one energy blast; she sticks with the Zodiac Master, who is trying to gain at least four of the Powerbands (preferably all of them) and revive the Emperor of Darkest Yin.

Ling still cares about her twin brother, even though they are now enemies by her choice. Ling loves animals and will never harm an innocent animal. Her allegiance to the Zodiac Master often wavers based on personal or family issues. Most of the time, she fights for him, but there are occasions when she helps Ang and his friends. To power-up, Ling must say, "Empower the Shadow Dragon". Her Powerband is dark blue/gold colour. Later, she also becomes a golden dragon and returns to good, this time when they are together they must say "Empower the Double Golden Dragon" to power up. Her powerband now looks just like Ang's. In the episode "The Heart of the Dragon," they can use their "Double Golden Dragon" powers to turn into an actual dragon with two heads, a red body and a golden stomach.

Ling's only romantic love interest seems to be K-ho the Shadow wolf guardian. Whenever the team needs to split up, Ling is always willing to partner with K-ho. In the last episode, Ling is seen shopping for clothes that K-ho will find attractive. 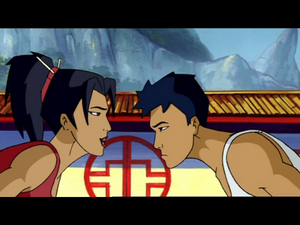 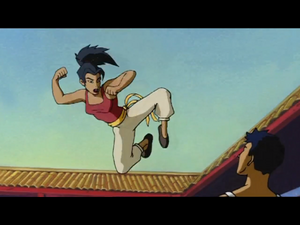 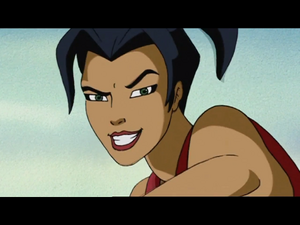 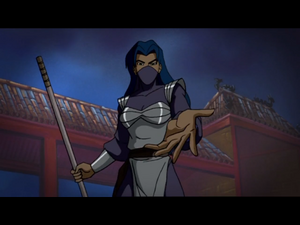 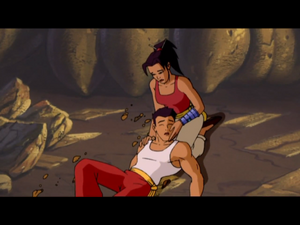 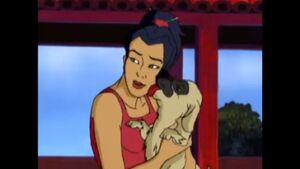 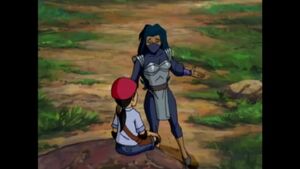 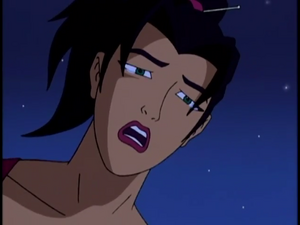 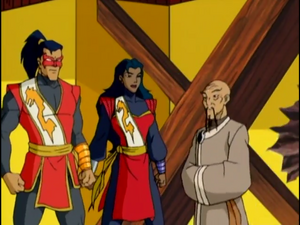 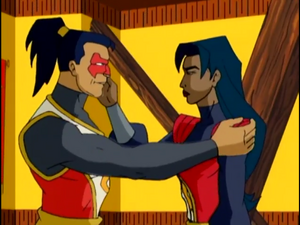 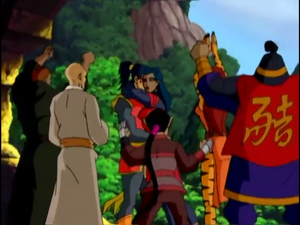 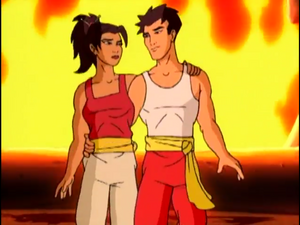 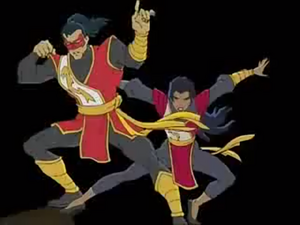 Add a photo to this gallery
Retrieved from "https://hero.fandom.com/wiki/Ling_Jouyan?oldid=1826792"
Community content is available under CC-BY-SA unless otherwise noted.