Get a philosopher's stone and become Emperor of Xing, Help destroy the homunculus

Ling Yao is a Xingese character exclusive to the manga and the 2009 anime series of Fullmetal Alchemist. Due to his father, the Emperor's, declining health, Ling left his country to find the Philosopher's Stone to stabilize Xing, as well as grant him the key to immortality. Although he is the 12th son of the Emperor, Ling hopes the Philosopher's Stone will help him rise in the order of succession and achieve the throne thereby securing his clan's welfare. Though he is often laid back and hungry, he's very noble and will do whatever it takes to help his clan. He is also a skilled fighter and has had many incidents involving assassination attempts at his life. He has formed a strong rivalry with Ed, by doing things such as use Ed's money to annoy him.

Ling is tall and looks mature for his age, despite actually being a few months younger than Edward, and has a lean, muscular frame clearly toned from a lifetime of training in the Xingese martial arts. His dark eyes have been described by other characters as "squinty" or "shifty" and, indeed, they appear as if closed most of the time, opening only to depict Ling's darker or more serious emotions such as anger, horror, frustration, or avarice, among others. Ling wears his black hair long and tied in a ponytail with white ribbon while his long, spiky bangs hang over his face, often obscuring one of his eyes - usually the right, though this varies depending on the direction he's facing.

Ling's original, signature outfit, consists of loose white trousers and a goldenrod shirt which bears a white flame pattern at the base and cuffs, small wing decorations at the collar and a large bird's head marking on the back - likely suggesting a phoenix motif - worn open to reveal his bare torso and the sword strap that keeps a Dao sword suspended across his back. The sword, rather than being sheathed, is wrapped in white tape. His forearms and abdomen are also wrapped in strips of white cloth called sarashi.

After his assimilation with Greed, Ling's outfit switches to one of all black, with a black sleeveless Nehru jacket worn closed under a long, black trench coat with black slacks and black shoes. The orientation of his bangs differs depending on which personality is in control of the body at any given time; parted to the right if Greed is in control and to the left if Ling is in control (manga only). After the transformation, Ling's normally black eyes take on the same wine-like color of the other Homunculi and appear open more often.

On the surface, Ling comes off as a rather silly and lighthearted boy, frequently engaging in comical behavior and retaining his oft-present grin even while making threats. He displays a childlike amusement for new situations whether or not they prove adverse or even potentially fatal, has a penchant for wandering off on his own only to collapse in the middle of a street, and is infamous in the Elric brothers' minds for having a voracious appetite despite never carrying enough cash to feed himself. Even with all these idiosyncrasies, he is extremely personable and his particularly complimentary nature easily gains him the friendship and trust of those surrounding him.

Of course, these aspects belie the complex and determined young man underneath. On the reverse side of his frivolous nature is his considerable shrewdness, which makes him quite capable of reading people and situations in order to manipulate them to his liking. He is particularly observant, taking into consideration even the smallest details of his surroundings in order to better understand and deal with challenges and, despite his lofty position, is not above using cheap tricks or questionable tactics to ensure his own survival. Being singularly ambitious, Ling also has a remarkably tenacious will that allows him to overcome virtually insurmountable obstacles and accept inhuman burdens for the sake of his ultimate goal. He has considerable pride that will not stand for having his humanity insulted or condemned by his enemies, but he is also capable of shelving his pride if it becomes something that will stand in the way of his objective.

This is largely due to a sense of duty that Ling holds at the center of his being. As liege of the Yao clan, he strongly believes that his primary responsibility is the protection and advancement of his kinsmen. He understands that a king's right to rule is granted willingly by the people and strongly takes to heart the idea that the people are served by their liege, rather than the other way around. In keeping with this sense of "noblesse oblige", Ling is very protective of his kinsmen and comrades like Lan Fan, refusing to allow any harm to come to them and often deeming their safety more important than his own in spite of his own personal ambitions and goals. He has to be reminded several times that his own safety is something upon which many people depend and uses his loved ones as his primary motivation when all hope seems lost. As such, he becomes furious when observing those who willingly or remorselessly cast aside their own comrades or brethren and is sickened by the idea of superiors who reject their duty to those who trust them.

Ling is a highly skilled combatant, well-versed in the Xingese style of martial arts, but also excelling particularly in sword combat - in which he is able to hold his own against King Bradley, a homunculus with abilities far surpassing those of a human. He has displayed significant agility and remarkable strength - even going so far as to lift the behemoth Gluttony by himself. Like many other Xingese royal martial artists, Ling is able to read the flow of the Dragon's Pulse, which gives him the ability to sense, locate and track the Qi of living beings around him, such as animals, allies and foes. Additionally, it allows him to sense spiritual anomalies like the Philosopher's Stones and the Homunculi.

Aside from his prodigious physical skills, Ling is a crafty and capable tactician, able to think several moves ahead of the enemy the big picture as well as incorporate his surroundings, various skills and unique tools to his advantage in a battle. His natural charm and intelligence make him a model leader on and off the battlefield.

As a Homunculus, Ling gains the ability of instant regeneration; he also gains the Ultimate Shield. However, these powers come at the cost of leaving Greed in control of his body most of the time. Upon Greed's philosopher's stone being sucked back out, Ling loses these abilities. 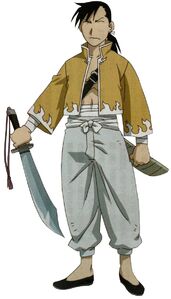 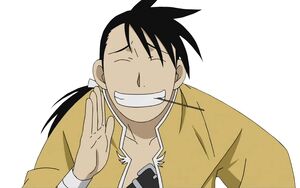 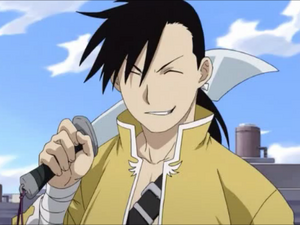 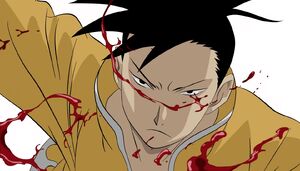 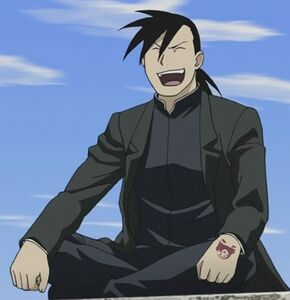 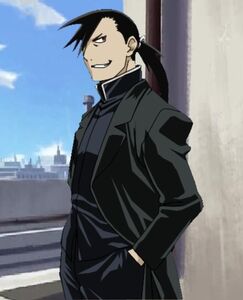 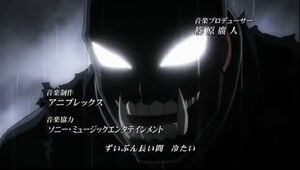 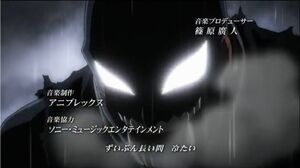 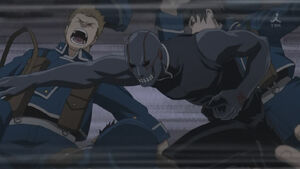 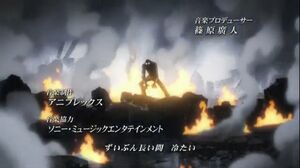