Heroes Wiki
Register
Don't have an account?
Sign In
Advertisement
in: Articles under construction, Female, The Legend of Zelda Heroes,
and 27 more

Get her Magic Compass back from Skull Kid.

Linkle is a playable character of Hyrule Warriors Legends and a young girl who hails from a small village filled with Cuccos. Linkle is also a female version of Link. Linkle is called from her quiet village and embarks on an adventure that will make her a legend.

Like Link, she has blonde hair and blue eyes. She wears her hair in braided pigtails with a green cloak with a white shirt with a orange skirt, and brown gloves. Around her neck is a pendant with a blue gem and her special compass which given by her grandmother and wears long brown boots.

A young girl with a rather uncanny resemblance to a certain legendary hero and hailing from a farm village renowned for their Cucco raising skills, Linkle sets out from her quiet village life and embarks on an adventure to become like the legendary heroes of Hyrule.

Linkle enters battle wielding two Crossbows, from which she can fire a hail of normal arrows, or the explosive bomb arrows. She can also kick enemies at close range, and can augment her kicks with the fire element. 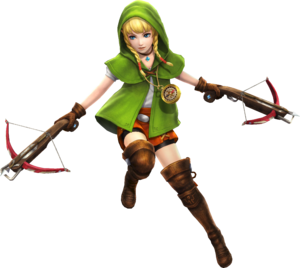 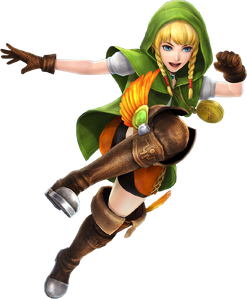 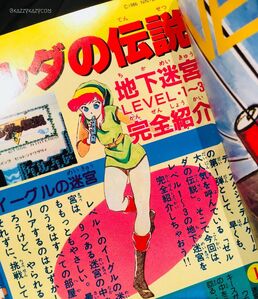 A female version of Link in Shonen Captain magazine. 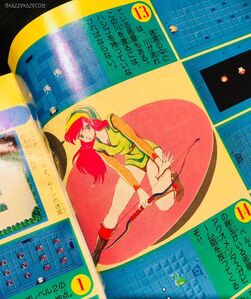 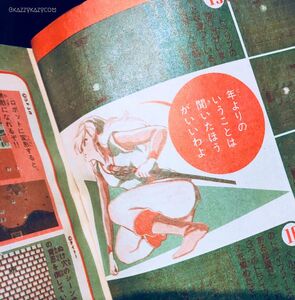 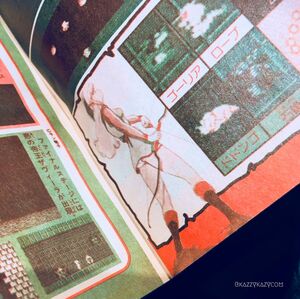 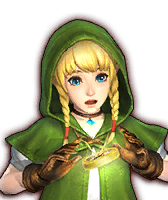 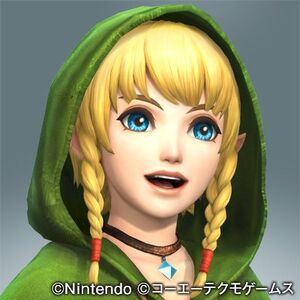