Lord of the ThunderCats

To defend the Eye of Thundera and to defeat Mumm-Ra

Note: This is for the Prime universe Lion-O for his 2011 Reboot Counterpart

The hereditary Lord of the ThunderCats, Lion-O is the son of Claudus, the ruler of Thundera at the time of its destruction. Initially, a boy stuck in a man’s body, the years saw Lion-O develop the wisdom and skills needed to lead the ThunderCats on Third Earth, and later lead the rebuilding of his homeworld of New Thundera.

Lion-O can be quick to anger and is impulsive and headstrong, but also possesses great moral values, at the forefront of those being the Code of Thundera – Justice, Truth, Honor, and Loyalty. Lion-O is a fierce defender of freedom and a brave and noble leader, one that the other ThunderCats are proud to stand beside.

He is voiced by Seth MacFarlane, Larry Kenney, Will Friedle and Max Mittelman.

Lion-O is a Thunderian male, with moderately-long, wavy, scarlet-red hair, and ginger-orange eyes. He is a fully-grown adult, with a thick, built, muscular physique. He has a heart-shaped hairline, and thick, wavy sideburns. His coat is caramel in color, with light cream-colored markings around his eyes, mouth, and on his arms. His face is very masculine, with a prominent brow, defined cheekbones, a cleft chin, a chiseled jaw, and thick, choppy eyebrows. His eyes are large with thick lashes and black tear-drop marks on the lower-lids. Like most Thunderians, he has fangs, claws, and slit-pupils.

Lion-O's primary outfit consists of an azure-blue leotard, with blue lining along the shoulder-straps and abdominal-opening. The outfit is heavily exposed, but includes blue boots with white-lining, as well as a thick blue support-belt with white-lining, and the Eye of Thundera at the center; the belt also has three rounded-studs on each side of the Eye.

When he arrived on Third Earth he was an adult. He did not have the chance to age naturally, thus he was a child in an adult's body. He was immature and headstrong. It took him a long while to mature. It was a very difficult process.

On Third Earth, much like his big-cat namesake, Lion-O had super strength, endurance, and agility. Very handsome, as described by Cheetara. He also had the cunning and skills of a fighter, but because of the time spent in his capsule, he missed the experiences needed in growing up. Now acknowledged as the heir to the throne of the ThunderCats, he wields Jaga's legendary Sword of Omens. Panthro and Tygra will serve as role models to Lion-O, especially in the first half of the First Season.

In the latter half of the show's first season, Lion-O has to put all that he has learned to use in the "Anointment Trials," which consist of contests of strength, speed, cunning, and intelligence (this last is referred to as "mind-power" in the story arc) against each of the ThunderCats: Panthro, Cheetara, Wilykit and Wilykat, and Tygra respectively (complicating matters for Lion-O is the fact that he is required to be unarmed for the contests; moreover, the rest of the non-participant ThunderCats are not allowed to assist him). The Mutants are at all times a threat to the ThunderCats, and they attempted to interrupt Lion-O's trials —ultimately without success— to take advantage of this to leave the ThunderCats leaderless.

Lion-O will ultimately triumph over Mumm-Ra in the final trial ("The Trial Of Evil") in the heart of the villain's pyramid in which he discovers that Mumm-Ra, like any Egyptian mummy, is dependent upon his sarcophagus. Lion-O is crowned the true Lord of the ThunderCats in an august ceremony attended by nearly every inhabitant of Third Earth. Interestingly enough, this will not be the end of Mumm-Ra, as established in the following movie, ThunderCats Ho!

In this TV movie, there were three new Thunderians introduced, who had also survived the destruction of Thundera. A massive cast of returning heroes and villains were incorporated into the story to make it the most epic ThunderCats adventure yet produced. Lion-O is still trying to surpass many types of obstacles, from being rescued from boiling seawater due to the Berserker's ship cannon, then surviving an avalanche made by the new Mutant's machine - The Iron Fist - then falling from the sky from Shiner's cruise starship, later being trapped in Mumm-Ra's mummies trap bandages, and at last ending in Fire Rock Mountain, to have a one-on-one duel against the samurai Hachiman, who was tricked by Mumm-Ra to fight the young leader once more.

This was the first time Jaga the Wise directly helped Lion-O since Grune the Destroyer appeared (in fact, this is the second time the sabretooth lion was summoned). Jaga managed to ask for the Star of Thundera, who was entrusted to Lion-O as a medallion to not be affected by the dangerous Thundrainium. This medallion was taken away by Mumm-Ra, who believed it would give it absolute power but conversely concluded with the apparent destruction of Mumm-Ra (this is the "second death" of Mumm-Ra, in fact).

The Threat of the Lunataks and The Treasure of Thundera

A weakened Mumm-Ra asked for the mutant's help to free the wicked Lunataks, who were in a lava crust prison. At first, they proved too much for Lion-O, especially Tug Mug's gravity attacks (being one of the few to tear into pieces the Sword of Omens) and Alluro's mind magic spell. But Lion-O had already grown from his past experiences enough to defeat all of these villains. Together with the New ThunderCats and Panthro's new vehicles he finally restored peace on Third Earth and found the Treasure of Thundera on his reconstructed home planet, he did indeed mature. 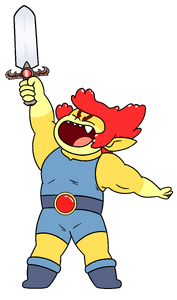 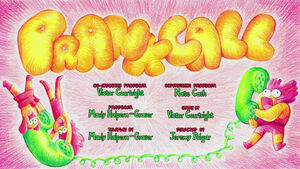 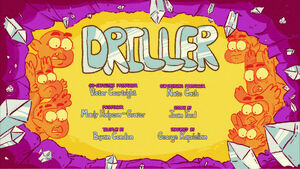 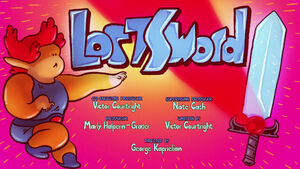 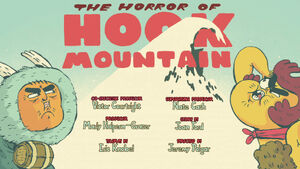 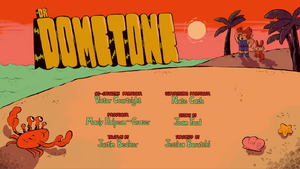 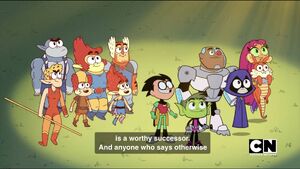 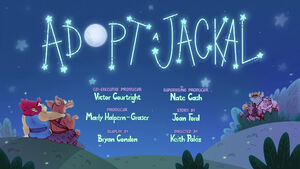 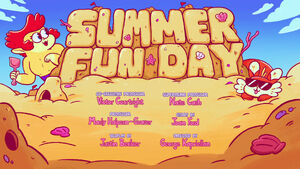 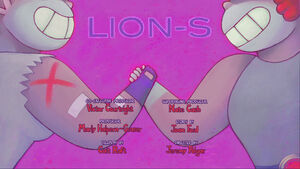 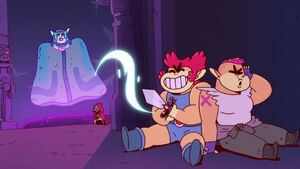 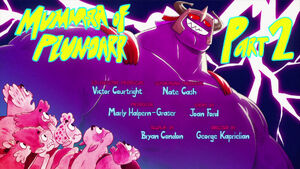 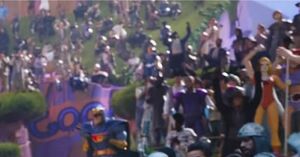