Lisa Garland was born and raised in the American northwestern town of Silent Hill, and attended Midwich Elementary School as a child. With nursing being her family's tradition, she began her career at Alchemilla Hospital. However, it was here that Lisa became addicted to PTV, a drug being dealt by the hospital's administrator named Doctor Michael Kaufmann, and Silent Hill's resident cult known as The Order.

One of Lisa's duties was to take care of a patient, Alessa Gillespie. Alessa was severely burned in a fire as a little girl and fully covered in third/fourth degree burns as a result of her mother Dahlia Gillespie, and her extreme devotion to The Order's religion and their God. Alessa's body was covered in burn wounds which would not heal, and were always oozing blood and pus, requiring frequent bandaging. Lisa did not know what was keeping the girl alive (the Book of Lost Memories reveals Dahlia cast a magical incantation on her daughter, in addition to the God in Alessa's womb protecting her body). The ordeal of constantly replacing the bandages took a toll on Lisa's mental health and sanity. Alessa was hidden in the hospital basement for about seven years.

Lisa wanted to leave Alchemilla and quit nursing Alessa because she eventually grew sick of it. However, Kaufmann refused to allow her, and threatened to cut off her supply of PTV, which led to arguing and fighting between the two. He apparently did cut off Lisa's supply, and Lisa apparently began to hallucinate insects and blood and pus flowing from a faucet as a form of withdrawal symptom.

Lisa appears in the prequel game Silent Hill: Origins, where her role as an informant does not change. When Travis Grady wakes up in the reception area of Alchemilla Hospital, Lisa is by his side and introduces herself as a trainee nurse working in the hospital. Her kindheartedness shows when she persists in asking if Travis is alright. Lisa reveals that Alessa Gillespie had died because of her burns and tells Travis that she has to leave because Dr. Kaufmann has requested to meet with her at Cedar Grove Sanitarium.

At the end of the Otherworld sanitarium level, Travis finds Lisa in one of the rooms sitting on a chair with Michael Kaufmann nowhere in sight. Lisa sadly talks about a woman who always waits for her son and when Travis asks who it is, Lisa replies sternly "You KNOW who's in there!", before running off.

At the Artaud Theater, Travis finds Lisa sitting on one of the seats in the theater, and she tells Travis that since the door was open and because she loves the theater, she had let herself in. She states that she wants to be an actress, but nursing is her family's tradition. Lisa then playfully flirts with Travis and suddenly backs away, explaining that she was testing out her "acting skills".

At the Riverside Motel, the player can see Lisa's red cardigan through a peephole in the Rose suite and hear her giggling. When Travis enters the Rose suite through a hole in the ceiling, he discovers Lisa and Kaufmann buttoning up next to a heart-shaped bed, implying that they had sex and that Travis had disrupted them. Lisa proceeds to leave the room in an irritated huff after saying Travis' name. There is evidence of PTV in the room, meaning that Lisa was hooked on the drug at least 7 years before the events of the first game.

When Harry Mason explores the Otherworld Alchemilla Hospital, he eventually finds Lisa huddled in a room under a table, hiding from the monsters such as the Puppet Nurses and Puppet Doctors. She claims that she has no idea what is happening, explaining that she passed out and when she came to, everything was different. It seems that Lisa is suffering from a severe case of amnesia, apparently not knowing how she blanked out or even about Alessa who she nursed for years. Their conversation is cut short by a siren.

When Harry explores the "Other Church" in the Green Lion Antiques shop, he finds himself back in the Otherworld hospital with Lisa, without explanation. Lisa does not act startled when he awakens, claiming he never left and was having a bad dream. When Harry asks Lisa if she knows Dahlia Gillespie, Lisa confirms this and talks about the cult that resides in the town. Lisa says, "I'm sorry, I'm rambling... I'll shut up." and Harry reawakens in the Otherworld antique store.

After returning to the hospital in the Otherworld, Harry reunites with Lisa and she is relieved he is here. He asks her how to go to the lake, and Lisa says that there is a water works by Midwich. When Harry asks her if she'd like to come with him, Lisa refrains, saying that she feels like she "isn't supposed" to leave the hospital. Harry then leaves.

After Harry explores Lakeside Amusement Park, he wakes up with Lisa over him with her left eye twitching, and he seems to be back in the hospital again. Lisa reveals she explored the basement and saw creepy rooms and tells him she feels like something important happened down there, but she can't quite remember. Frustrated, Lisa begins to have a breakdown and Harry attempts to comfort her, but she runs off after saying he "doesn't understand".

In Nowhere, Lisa explains to Harry that she ventured into the basement of the hospital and began to "understand" what is happening. Lisa says she realizes why she's "alive" when "everyone else" is "dead". She says she's not the only one who's still walking around and that she's the "same" as "them", but never noticed it before. What Lisa means by this can be interpreted in many different ways, but there is no definite answer. When she begs Harry to help her, he shoves her back, and Lisa starts bleeding from her head and every orifice. She staggers toward Harry until he runs out of the room. Although she sobs and bangs on the door behind him, Harry is too frightened to let her out and holds the door shut. It's also unknown if she "dies" here, or if she transforms into to a monster.

Harry may reenter the room where Lisa was if the player wishes, only to find that she is mysteriously gone despite there seemingly being exits, implying she has been caught in the Otherworld. On the floor is a diary that wasn't there before; in it, Lisa writes that she can't stand being alone with "that patient" (Alessa) in the basement any more and is going to tell "the doctor" (Kaufmann) that she wants to quit.

A cryptic video tape which Harry found earlier can now be played if he inserts it into a VCR. The tape recording shows Lisa covering her face with her hands, pleading with an unseen figure (presumably Kaufmann) and promising she "won't tell a soul". This video tape may have been blackmail against Lisa.

Lisa does not appear again until the end of the game. If the conditions for earning either the Good or Good+ endings are met, she appears after defeating the Incubus; just as Kaufmann is about to escape, a bloodied (possibly undead or zombie) Lisa rises through the floor and drags the horrified Kaufmann down into the pit she came from, presumably killing him.

In Brookhaven Hospital, upon examining a Seal of Metatron, the same videotape clip Harry saw of Lisa wondering what was keeping Alessa alive is seen by Heather Mason, the reincarnation of Alessa/Cheryl. She remembers Lisa faintly, and is grateful for her care, going so far as to call Lisa's care "heavenly" after the flashback.

It is unknown if Ito is referring to simply the videotape or the Brookhaven Nurse, but it seems to be the latter. In the chapel, Heather can find bloody footprints and crying. The first time leads to an angel painting and the second time leads to Alessa's sickroom. It can be speculated this is Lisa's ghost or spirit leading Heather in the right direction. Lisa may be trapped in a Full Circle, stuck in Silent Hill and its Otherworld.

Lisa's fate is left unknown since in the Good ending of Silent Hill 3, Heather is able to shift the Otherworld back to the Real World in Lakeside Amusement Park, perhaps suggesting Lisa's spirit was granted peace as well. However, it is unknown if Lisa's presence still lingers in the town or was granted peace after Heather had left. 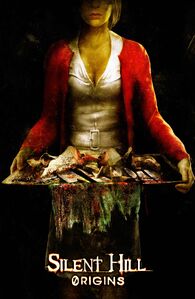 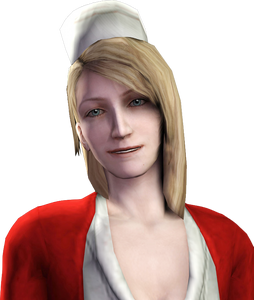 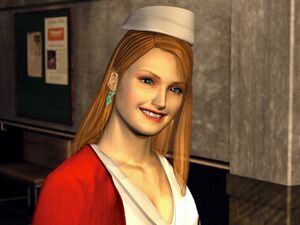 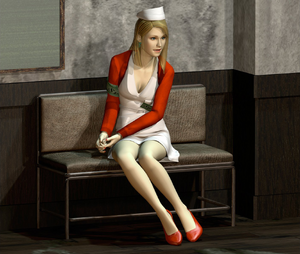 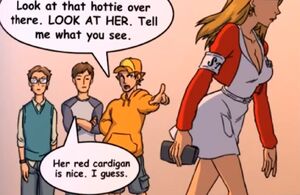 Lisa in the joke ending of Book of Memories. 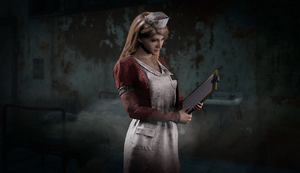 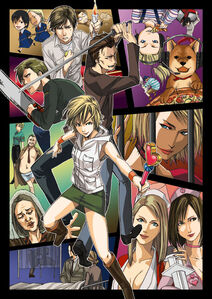 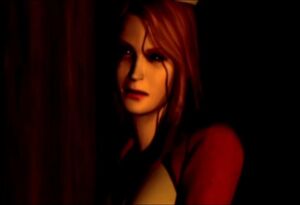