Lisa Rogan is one of the main protagonists in The House of the Dead III, exactly right after Rogan's turn in the prologue stage or the zero chapter. When it is linked to the disaster. Thomas' 19-year-old daughter, Lisa, and Rogan's former partner, G, also a former AMS agent, travel there two weeks later with shotguns in hand after contact with him is mysteriously lost.

She was voiced by Brandy Collazo.

Two weeks after her father went missing from a mission, the 19-year old made a promise to her mother that she would find him and bring him back home. Asking his former AMS colleague G for help, the two of them arrived at the zombie-infested research center where contact with him was lost.

Throughout the story, she is shown to have a somewhat tense relationship with her father, since he was always on missions. This is especially emphasized when she says she hardly has any memories of her father spending time with her and her mom (which even G considers "a little harsh") and even going to the point of saying that she should "smack him upside the head for Mom!" Another point she brings up is her father always saying "you've got to believe in yourself" constantly, to the point that she's sick of it.

But despite all this, she does care about her father. For when she finally found him midway the final stage, she was overjoyed to see him safe (thanks to Daniel Curien, the son of Dr. Roy Curien, who supposedly saved him from Death Type 0011) and expressing concern when he wanted to continue the mission even though he was hurt. Shortly after, Daniel agrees to go with Lisa to finish the mission while G looks after Rogan. It's at this time that Rogan once again tells Lisa to believe in herself, this time with Lisa finally understanding what the saying really means.

Together with Daniel, Lisa fights through a horde of zombies before reaching the chamber where Curien's true masterpiece, The Wheel of Fate (who actually is Curien himself undergoing a resurrection process), is being held, and defeats it.

Lisa is dedicated and persistent, having vowed to her mother that she would bring her father Rogan home. While serious, she occasionally makes humorous quips in combat; for instance, after defeating the mutant tree Sun, she remarks that she "was never good at gardening."

Lisa and her father have a strained relationship; she notes that he "always put work ahead of his family" and has hardly any memories of him spending time with her and her mother. She is also annoyed by her father constantly telling her to "believe in [herself]", to point of wanting to "smack him upside the head for Mom!"

Despite this, Lisa is overjoyed when she finally reunites with him, at last understanding what "believe in yourself" truly means to her. She takes responsibility, ordering "G" to look after her wounded father and expressing determination to continue fighting for him. 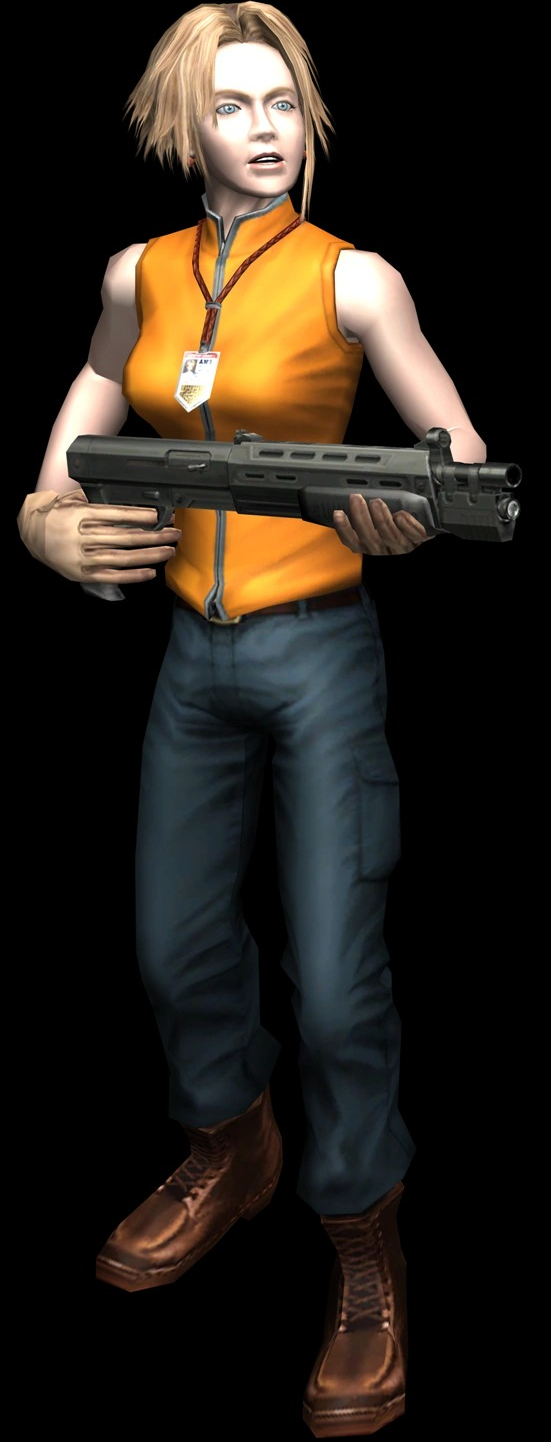