Rika Shinozaki, also known as Lisbeth, is a supporting character from the light novel/managa/anime franchise Sword Art Online. She is typically the blacksmith in the games that her and her allies participate in, providing them with weapons and tools to help them on their journeys.

She is voiced by Ayahi Takagaki in Japanese, and by Sarah Anne Williams in the English dub.

Lisbeth was a mace wielder that ran a blacksmith shop in Aincrad on the 48th floor. She made Asuna's rapier "Lament Light" and one day got a request from Kirito to make him a sword with similar or better quality than his one handed long sword "Elucidator" that he got from a monster drop. She told him that if she had the right materials she could make weapons that would break any sword, so they formed a party and went on a journey to find the material she needed. Because of that journey she came to the conclusion that she felt lonely and yearned for warmth.

She comes to realize that she loves Kirito but after finding out that the one Asuna had feelings for was in fact Kirito she decided to give up on him despite how she feels so Asuna could express her feelings, however during the moments after Kirito's victory and SAO's announcement that the game has been cleared she shouts at the top of her lungs that she loves Kirito and that she will meet him again in the real world, which after the ALO incident she actually does, going to school with him and Asuna.

Rika's hair color is brown in the real world and used to be of the same color in the first few days of SAO, but was later customized to fluffy pink with a white hairpin to keep her bangs out of her eyes. In Sword Art Online, Lisbeth's eyes are dark pink. Her blacksmith uniform looks more like the uniform of a waitress: a dark red top with puffed sleeves and a flared skirt of the same color as well as a pure white apron over that and a red ribbon atop her chest.

Lisbeth's avatar  in ALO is similar to her appearance in SAO: she has pink hair, wears a red and white dress and also has brown boots. The only difference is that she has pointy ears, and her wings appear to be mechanical as she chose the Leprechaun race. In battle, she wields a one-handed spike mace and a small round shield.

Lisbeth is a very friendly girl that can get along with just about everyone she meets. She is hardworking and takes great pride in her abilities as a blacksmith. She will become very defensive and aggressive if someone were to challenge her pride as a blacksmith much like Kirito did after accidentally breaking the best sword she had created. She, also similar to Sinon, has a bad temper and can get somewhat violent, such as when she grabbed Kirito by the collar after he broke one of her best swords.

Lisbeth is very teasing as well, almost always teasing Asuna about her relationship with Kirito despite having feelings for him herself. She cares for Asuna very much, and despite having a chance to tell Kirito how she feels she backed off because she knew that Asuna already had feelings for Kirito, before she met him. She does not hold anything against Asuna, despite being depressed that her friend and Kirito formed a strong relationship. 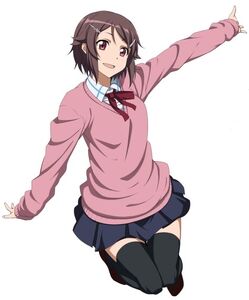 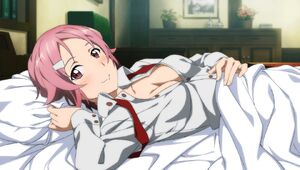 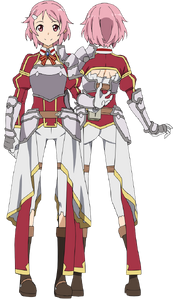 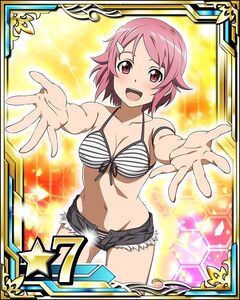 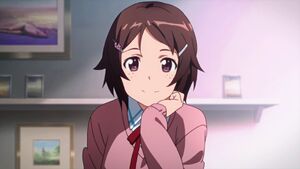 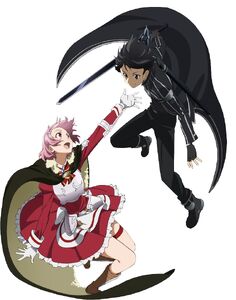 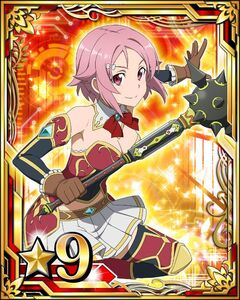 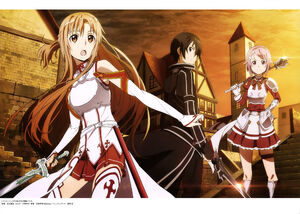 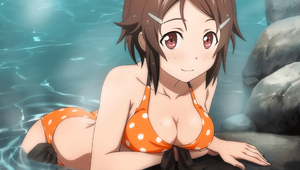 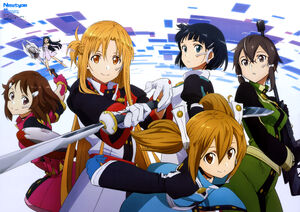 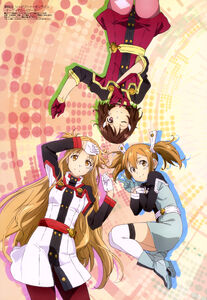 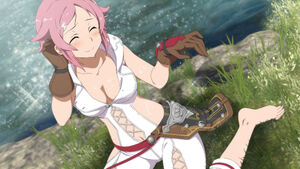 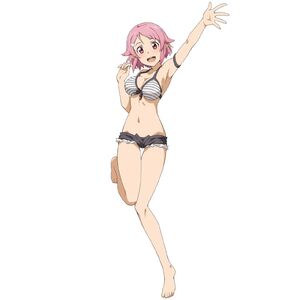 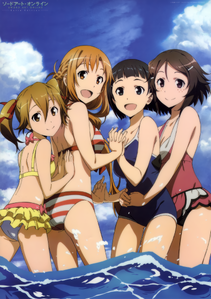 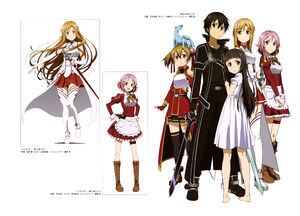 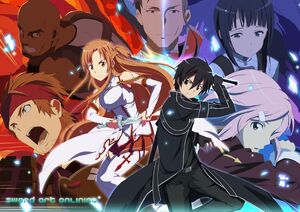 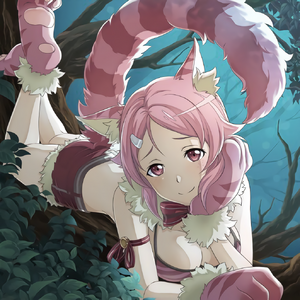 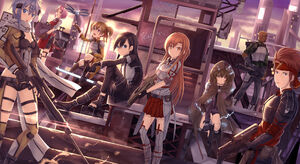 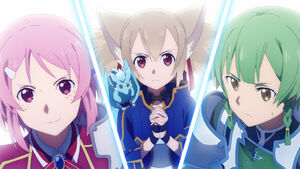 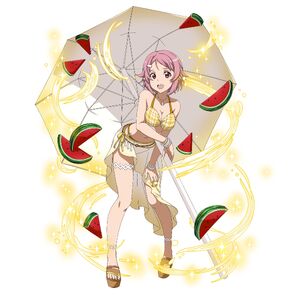 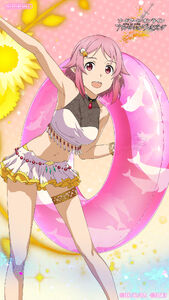 Retrieved from "https://hero.fandom.com/wiki/Lisbeth?oldid=2201924"
Community content is available under CC-BY-SA unless otherwise noted.