Heroes Wiki
Register
Don't have an account?
Sign In
Advertisement
in: Mature, Demons, Partners in Training,
and 29 more

Lite and Dark are two ghoulies from Ghoulies franchise. Unlike the other ghoulies they are good.

Jonathan Graves (hero from the first movie) returns, now a retired occultist turned police officer. His latest assignment finds him battling his former girlfriend Alexandra (Stacie Randall), who has escaped an asylum and tries to summon forth the demonic forces Graves trifled with in the first film.

The two Ghoulies in this film are not the same as the original three Ghoulies. They are slightly bigger and have a more dwarf like appearance. They also act more as supporting protagonists or anti-heroes. Lite & Dark Ghoulies: two new ghoulies named Lite and Dark. Unlike their demonic cousins they are basically the good guys. Ghoulies Lite and Dark only appeared in Ghoulies IV. 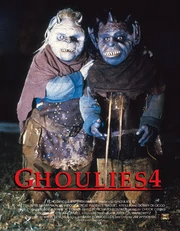 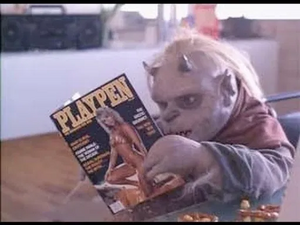 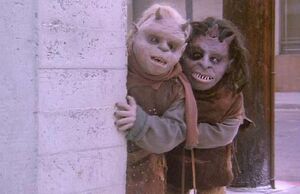 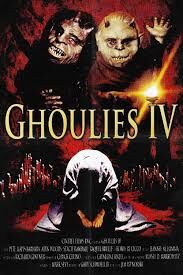 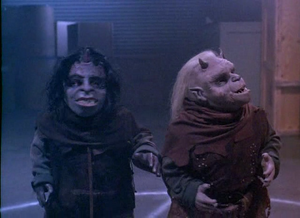 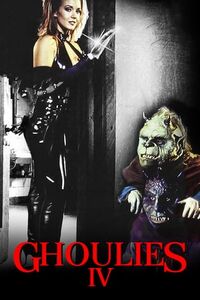