Little Lulu is the title character of the comic strip Little Lulu and is often the ringleader of the girls.  Her true name is Lulu Moppet, based off how she is a kid.  (Moppet comes from "Muppet", which means "kid".)

Lulu is the leader of the girls's less formal club. Her best friend is Annie Inch. She is a kind and sincere little girl who, though prone to mischief, usually ends up saving the day.

Names in Other Languages

Lulu earned her English surname from Moppet, which means "kid." 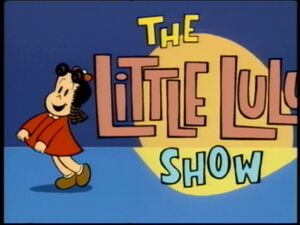 Lulu Holds Her Dress & The Logo 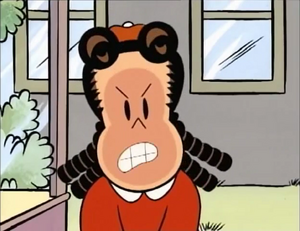 Retrieved from "https://hero.fandom.com/wiki/Little_Lulu?oldid=1860837"
Community content is available under CC-BY-SA unless otherwise noted.