Retire from boxing forever in Mac's Last Stand. (both succeeded)

Little Mac is the main protagonist of the Nintendo's Punch Out!! franchise.

He's a 17-year-old Italian-American boxer from Bronx, New York. He is interested in getting into the World Video Boxing Association, which has a long history of rookie boxers joining the ranks in an effort to become world champions. He traveled to New York City in hopes of searching for someone that could train him. It was not until he met Jerome "Doc" Louis, who was a former heavyweight champion in his own right, that he began his journey to the top of the World Circuit. Doc gives Little Mac advice between rounds in each game.

Little Mac has changed his appearance completely in this game, with tan hair. It is unknown why, however. He once again enters the WVBA and again takes the title "Ultimate Champ".

Assuming the commercials for the game can be taken as canon, Mac enters the WVBA fifteen years after Punch Out!! for the NES. Sometime before joining, he lost his title as a champion to King Hippo. He enters the WVBA once again to win back his title as champion. He, again, wins the title this time.

In the Japan-exclusive video game Captain Rainbow, Little Mac is overweight and needs the protagonists to help to get back into fighting shape.

Little Mac appears as an Assist Trophy in the game, he attacks by dashing to an opponent and unleashing either a punch or an uppercut. He also appears as a trophy.

Little Mac is a playable character in both versions of the game and fights with his moves from his own series, such as the Star Punch and Power Meter. His Final Smash is Giga Mac, which is a form that debuted in Punch Out!! Wii's multiplayer. Fat Mac appears as a trophy in the Wii U version.

Little Man appears in Super Smash Bros. Ultimate as a unlockable character. Little Mac's fighter spirit can be obtained by clearing the classic mode using himself. Giga Mac is a legend-ranked primary attack-type spirit that increases the user's fist attacks. His spirit battle is a stamina battle against giant Little Mac with super armor and hard to launch on the Boxing Ring.

In World of Light, Little Mac is one of the many fighters that are vaporized by Galeem's beam, he can be found in the Light Realm. 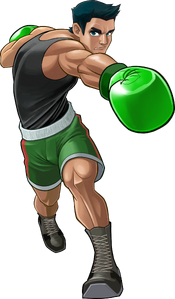 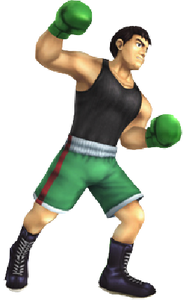 Little Mac as he appears in Super Smash Bros. Brawl as assist trophy. 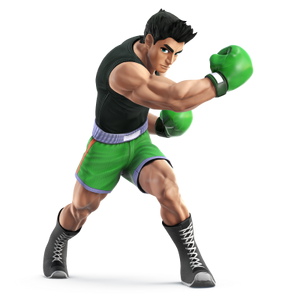 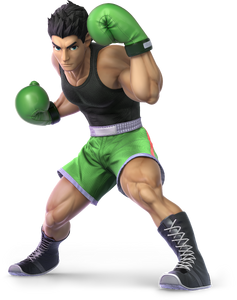 Little Mac as he appears in Super Smash Bros. Ultimate. 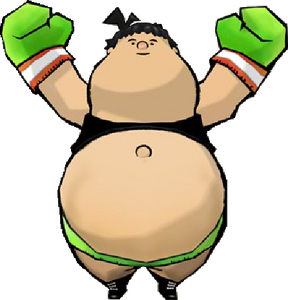 Little Mac as he appears in Captain Rainbow. 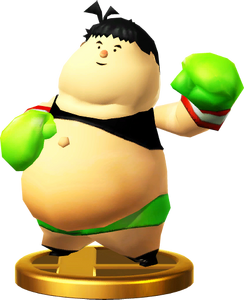 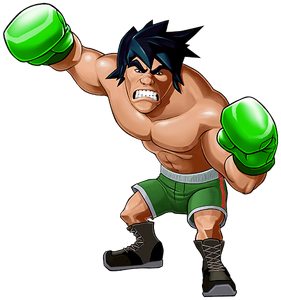 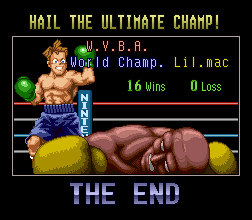 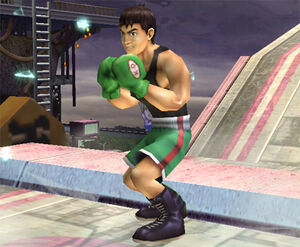 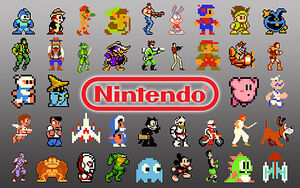 him in his original game